Be More Than Stories

The dimensions of leadership: How one man started a movement to help thousands

In this series, Korn Ferry interviews people who are living our Be More Than principles.

“It sounds overblown, but this whole experience has reminded me of how people can pull together so it’s not just one individual anymore.”

I own a 3D printer, as a number of other hobbyists do. I had bought it last summer to learn how to make enclosures for small computing projects—I’m a psychologist, but I get bored easily—and have used it mostly to make parts for minor repairs around the house.

When the full implications of COVID-19 started to become apparent, I felt there must be something I could do. I got an email from the manufacturer of the 3D printer saying they were making face visors for people in healthcare. I was very skeptical about it; I thought hospitals and doctors wouldn’t be interested in using a piece of personal protective equipment that someone had printed at home. 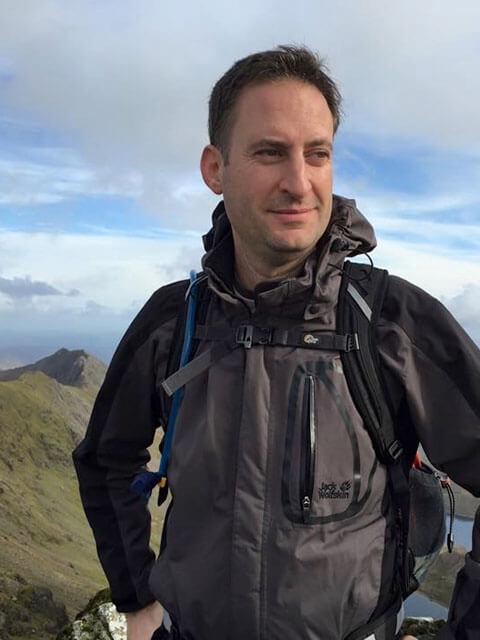 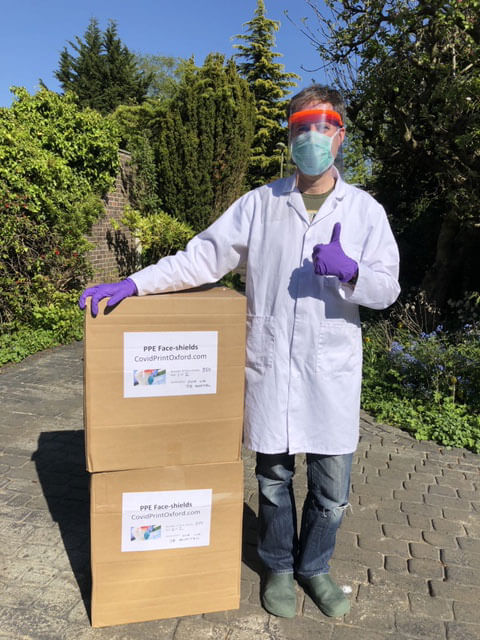 And so for a few days I left it. And it was just kicking around in my mind and I was beginning to feel more and more guilty that I wasn’t doing something. Then a friend of mine shared a Facebook post that showed that people were printing them and doctors were accepting them. And that was all the kick I needed to switch this on very early one morning and print up a free design that had been provided online. It printed just fine, so I just carried on printing them.

I figured out I could print about seven visors a day. I know a doctor here who’s pretty well connected in our county. He put me in touch with someone who was testing people for COVID-19. Within a couple of days, a doctor I’d never met was on my driveway to pick up the first 50 I’d assembled.

I continued printing but realized it was slow going. So a few nights later, I posted on Twitter asking if anyone locally had a 3D printer that could help print these. Little did I know this was going to capture the public imagination. The tweet was retweeted 4,500 times. It was stunning to me; I expected it to be retweeted maybe once by my mum. But people were offering to print visors, help do admin, all sorts of things. Before long we had 30 printers offering their time. We had a collective.

We started meeting on video and assigned loose roles. Our collective has now grown to 70 people, mostly in the Oxfordshire area. We’ve got an organizational chart now with defined roles. We have several admin people and project management people, many of whom would normally do events organizing but are furloughed or not working as much right now. We have couriers, printers, technical experts, 3D designers, medics, fundraising experts, PR experts. We have people sterilizing the visors in a lab so I no longer have to sterilize them myself, people cutting elastic, people writing tweets. We all meet for a half hour or hour each day to make decisions and figure out what needs to get done. We’re gifting everything; there’s no procurement. Everyone has pitched in to make this collective.

We’re now producing 250 to 300 visors a day and have raised over $3,000 in the three days since we launched our fundraising website.

One of the most rewarding things is that we’re not just protecting people’s lives and health; we’re protecting their psychological well-being as well. Lots of doctors and nurses were really frightened about going to work. Now they’re going to work more calm, more reassured.

Whatever happens next, the whole experience has been humbling. Many of the people in this collective have never met, never shaken hands. I’ve not interviewed them for a job; they offered and I accepted. Some people have offered and said this is much as they can do and then handed off to other volunteers. Others have been with us from the start. What I know is that many of us are forming friendships that are going to last for life. I wouldn’t be surprised if businesses form from this. When the printers all started getting together, it was like they were meeting their soulmates.

It felt very special for me as well, like a number of elements in my life had all come together in this one moment. I owned a lab coat because I’d done some performance work and had played a scientist on stage. I owned sterilizing equipment because I like to brew my own beer at home. I’d been a trained PR spokesperson in a previous job so I knew how to prepare for media interviews. I’ve been a manager for many years so I knew what it was like to form a new team very quickly. I had a 3D printer, and now I know how to maintain it. I’m not the most talented person in any one of these things, but I’ve persisted enough to try all of these things.

It sounds overblown, but this whole experience has reminded me of how people can pull together so it’s not just one individual anymore. They can make a movement, create a collective. My intention was just to print a few of these things. I’m still only personally printing a few of these. But together we’re doing so much more.

Don’t be quiet. Make a statement.