Latest News
2020 Vision
Popular predictions for the decade ahead that leaders should ignore.

As we enter 2020 and the exciting decade ahead, you may be looking ­forward to hopping into your nifty self-driving car and working on your big presentation while in traffic. Or maybe you’re anticipating the day when the office’s new AI system will respond to your emails and take meeting notes while you brainstorm new product ideas.

If you’re looking forward to either of these scenarios, that means you’re probably not paying attention to your news feed. If the last few years have shown anything, it’s that forecasting models in the age of disruption are, by most measures, broken. Consider what happened to human cloning or the 2016 US presidential election.

This obviously leaves corporate leaders in a pinch. Companies can’t operate without some idea of what the future may hold. But today, the best leaders are taking a more tactical approach to forecasting by avoiding the traps of planning around certain trends or even sticking to business as usual. So what should you know about AI’s limitations, despite the hype? What will happen to the disruptors that have reshaped society? And can leaders really avoid the dreaded P-word?

The AI crisis is coming.

Self-driving cars will be a reality, eventually. But that day isn’t today—and may not even be in the next decade. That’s because, experts say, AI is still in a learning phase, where things will go wrong. Yet those grand visions for what AI will do are still far removed from what AI can do, says Melissa Swift, leader of Korn Ferry’s digital advisory for North America and global accounts. “There’s a huge gap between expectation and reality,” she says. Some leaders, she adds, assume AI will solve complex issues “better and faster” than it’s currently able to, which means that when AI doesn’t get it right (and it won’t, in many cases), they’ll face bigger problems that could’ve been avoided with a little bit of pragmatism. So what’s in AI’s wheelhouse? Automation and pattern recognition. What’s out of its depth? Independent judgment calls (that’s two decades off, experts say). Of course, this doesn’t mean leaders should give up on their big AI dreams. “But for the same reason we’re excited, we need to be very thoughtful about where things can go awry,” says Terry Kramer, adjunct professor and faculty director of the Easton Technology Management Center at the UCLA Anderson School of Management.

The disruptors will disrupt themselves.

In the last decade, entire companies—even sectors—have been upended by burgeoning start-ups with a lot of gumption and little legacy knowledge. Taxi cabs gave way to ride-sharing apps. Cable networks were outfoxed by streaming platforms. And hotel rooms have turned into five-night stays in someone’s spare bedroom. But, experts say, these so-called disruptors that are supposed to keep changing the economy and society may not survive their own doing. “These businesses have no clear path to financial sustainability,” says Scott DeRue, dean of the Ross School of Business at the University of Michigan. Indeed, some of these start-ups are hemorrhaging money—in some cases, billions of dollars in one quarter. And that’s not to mention the courtroom battles and state legislation that are beginning to restrict, if not unravel, the entire basis of their platforms: the gig economy. “Some of these companies we think are central to our future may actually go bankrupt,” DeRue says. “That’s a realistic possibility.”

No more business as usual.

Conventional wisdom holds that business and politics don’t mix—and won’t in the decade ahead. After all, if organizations comment on civic issues, even ones that aren’t heavily politicized, they may alienate their consumers and risk their bottom line (or so it goes). But with rising geopolitical tensions and the looming 2020 US presidential elections, the opposite may prove true—and more so than leaders imagine, experts say. With more stakeholders demanding greater social responsibility, organizations that avoid weighing in on civic concerns may be the ones that find themselves in hot water instead. “What we’re seeing is that companies, unless they take a stand on their purpose, are having a hard time attracting young workers” as well as consumers, says Evelyn Orr, vice president and chief operating officer of the Korn Ferry Institute. “Business can’t be neutral.” Civic engagement, then, will likely have a more central part in a leader’s role, experts say. Or put another way, the business of business will no longer be just business. 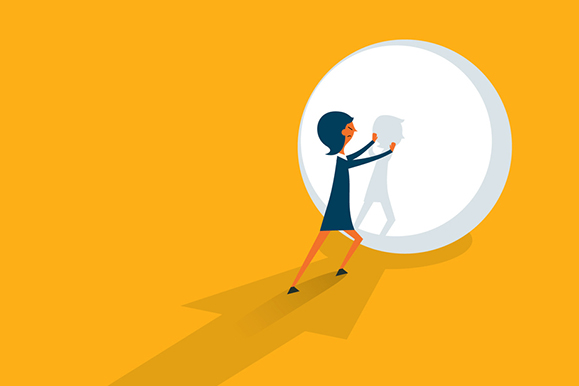 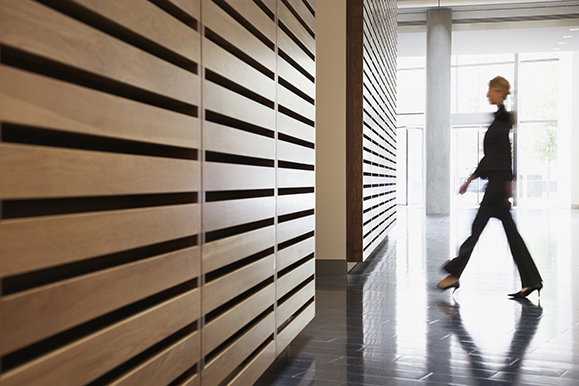 Alignment Off, but Still Driving

Surprisingly, a mismatch of personal purpose and organizational mission may not matter that much.
Read More
Briefings Magazine

Most famously, there were rabbits literally running free in the office. “The feeling was anything was possible.”
Read More
Sign Up for our 'This Week in Leadership' email