Latest News
Canada's Million-Dollar Pay Problem
The country’s female executives are paid less, on average, than their male counterparts. But there’s another related gap that leaders may need to address.

A few months ago, Canada became one of the many countries that have passed legislation aimed to equalize pay between men and women. But judging by recent data, the Great White North has more than just a gender pay problem.

A recent study from the Canadian Center for Policy Alternatives found that, on average, women at the top of Canada’s corporate ladder earn 32% less than men in similar positions too. That winds up to an average $950,000 annual difference, according to the report.

On the surface, Canada’s gap in executive pay is far higher than the global pay gap average. A Korn Ferry analysis of gender and wage data covering nearly 9 million employees worldwide revealed that the pay gap hovers around 17.6%, on average. That percentage starts to dwindle once you isolate factors that impact pay: The average gap shrinks down to 6.6% when looking at the same job level. It’s gets even smaller when comparing the same job level in the same company in the same function—a 1.6% difference. “On apples-to-apples job size comparisons, we often see minimal differences in pay between males and females,” says Tom McMullen, a Korn Ferry senior client partner.

The study calculated its pay gap using compensation records for more than 1,200 named executive officers at 249 of Canada’s publicly traded companies. Since its analysis of Canada’s corporate pay lumps CEOs in with lower level executives the ratio may be overestimating the actual gap, McMullen says.

But what isn’t in dispute is the fact that there aren’t that many female executives in Corporate Canada. Women hold only 4% of the CEO spots and just 10% of the top executive positions in Canadian companies. In the United States, only 6% of Fortune 1000 CEOs are women, and worldwide, 19% of executive roles have been filled by women. “It points to the differential between women and men in highly compensated jobs,” says Evelyn Orr, vice president and COO of the Korn Ferry Institute. “We need to encourage more diverse or more equitable hiring in those roles.”

Experts say organizations often will prioritize pay equality over getting more women into senior leadership roles because they believe that the pay issue is easier to solve. Indeed, there are many factors that have kept more women from entering the C-suite, including unintentional bias in hiring decisions and developing younger women who have shown high potential. Two-thirds of the women CEOs who spoke with the Korn Ferry Institute for its landmark Women CEOs Speak project said they hadn’t considered that high-level role until they were tapped by a colleague. “None of this can be solved by putting the responsibility just on women or putting the responsibility just on organizations,” Orr says.

Businesses, though, have plenty of opportunities to turn the tide on the gap in pay and women leadership roles, whether that’s by diversifying their talent pools, promoting women from within their ranks, or creating affinity groups to hold leadership accountable. “It will take a multifaceted, multidiscipline program put in place to deal with it,” McMullen says. “Companies didn’t get into the issue overnight, and they’re not getting out of it overnight.” 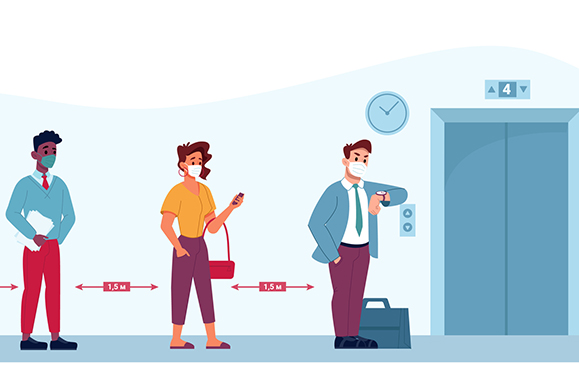 The Essentials: The Gender Pay Gap

How public and private organizations worldwide are addressing how men and women are paid. Plus, a webinar with Korn Ferry's pay experts.
Read More
Latest News