Latest News
The EU Gets a Makeover
While Brexit occupies the headlines, the EU prepares for a leadership changeover with equally large effects.

For companies doing business in Europe, the ongoing drama over Brexit may seem like the only political story that matters. And yet, lest they forget, the European Union in the coming months is about to get a complete leadership makeover, with wide-ranging implications on matters such as data protection, trade policy, and even whether companies can merge.

In May, EU citizens, as they do every five years, will elect new members of the Brussels-based European Parliament. And, in October, the Parliament will formally elect a new president of the European Commission—the executive branch of the EU—to replace incumbent Jean-Claude Juncker, the former Luxembourg prime minister whose five-year term ends later this year. Also in October, the Frankfurt-based European Central Bank will be getting a new president to replace Italian Mario Draghi, whose controversial eight-year term is coming to an end.

Right now, it’s still too early to tell who will be filling those spots. But for a cadre of government-affairs executives at companies doing business in Europe, life is about to get very busy.

“We can’t underestimate the role these EU elections have on companies,” says Sigrid Marz, a Korn Ferry senior client partner and a prominent government-affairs recruiter based in Brussels. “Today, the majority of legislation that goes through national parliaments has its origins in European law.”

And the pols in Brussels have the power to hold up or nix a merger between companies. Just ask the leadership at industrial giants Siemens and Alstom, whose plan to merge their rail units is being challenged by the European Commission because of anti-trust concerns.

For companies and their government-affairs executives, a new slate of political players in the EU can present both uncertainty and opportunity to make their voice heard. “The big unknown is the percentage vote that anti-European groupings will win,” adds Marz. “Coalitions may become more difficult to negotiate.”

Marz says that “government-relations staffs will be busier than normal as the new parliamentarians get up to speed—it will all be new to a lot of them.”

Dana Sullivan, a Korn Ferry principal for global government-affairs recruiting, says that the changes in both European politics and leadership are causing companies to step up their hiring in the region. “What is going on in Europe with Brexit and the changing leadership in the EU provides a moment for corporations to figure out how to best present themselves,” says Sullivan. As a result, companies are increasingly empowering the top global government-affairs executives within their organizations, as well as increasing the size of the government-affairs teams.

Years ago, says Nels Olson, a Korn Ferry vice chairman and head of the firm’s Global Government Affairs practice, the notion of companies lobbying governmental bodies was viewed as distasteful. Now, companies routinely have executives in major political centers whose job is to both lobby and monitor political events. And the function grows in importance, especially in Europe.

“We are living in a tricky political environment,” Sullivan adds. “To find executives who are nimble enough and who can navigate through these issues is not easy. It’s a difficult job, but there is enough talent out there to meet those needs.” 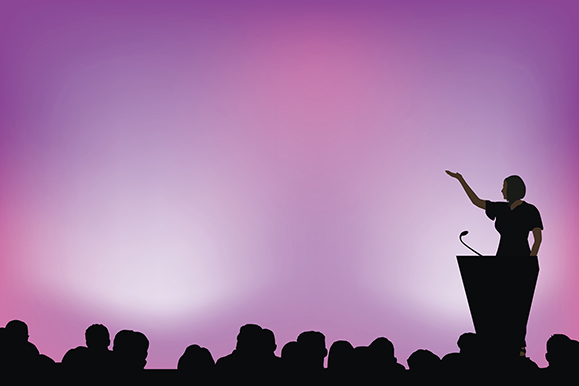 The March 29 deadline is looming, and leaders need to plan for all possible outcomes to keep their businesses moving.
Read More
Sign Up for our 'This Week in Leadership' email