Latest News
NAFTA on the Ropes
Will free trade survive this week’s NAFTA talks? And what should leaders do if it doesn’t?

The headlines have not been promising, but talk that the major trade agreement in North America is on the ropes has spurned one of two reactions among businesses: run or create.

With tough demands during this week’s talks, the United States has threatened to pull out of the North American Free Trade Agreement (NAFTA) with Mexico and Canada. That would put an end to two decades of trade among the corridor and force the companies that rely on it to pay tariffs and face other restrictions.

But savvy companies are not waiting for the outcome of the talks, which may not be settled for months. Some are finding smarter ways to limit the impact. “CEOs are acknowledging that they have to go with the flow here, and that materials-sourcing policies will have to change so that to a greater extent they produce products where they’re sold,” says Alan Tonelson, founder of the public policy blog RealityChek and a veteran analyst of international trade.

In other words, there are more and more companies that are moving their manufacturing production to the US or are thinking about it, Tonelson says. Although establishing manufacturing in the US or western Europe tends to be pricier than, say, Mexico or China, it does help avoid tariffs for imported items. And that’s not all.

This move toward local production also helps shorten the time it takes to move stuff across the world, and it can mean fewer supply-chain interruptions. Both factors help with mitigating the potentially higher costs of production in developed markets such as the United States.

“We certainly are seeing all kinds of businesses actually working to shorten their supply chains in any way they can,” says Scott Kingdom, vice chairman and a member of Korn Ferry’s Board and CEO Services practice. “Instead of shipping on freighters and tankers, many auto companies are doing things more locally.”

Local partnerships can help as well, although there are other matters to consider in that case. “The challenge with partnerships in the industrial world is how much intellectual property do you want to let get out of your hands,” says Kingdom. “The question is what secret sauce are you prepared to lose if you establish a deal with a foreign partner.”

There is some good news in all the renewed talk of economic nationalism that the NAFTA debate has created: Nothing lasts forever. “These things tend to be a bit like a pendulum; there is never stability,” says Kingdom. “I wonder if this won’t roll back the other way soon enough.” 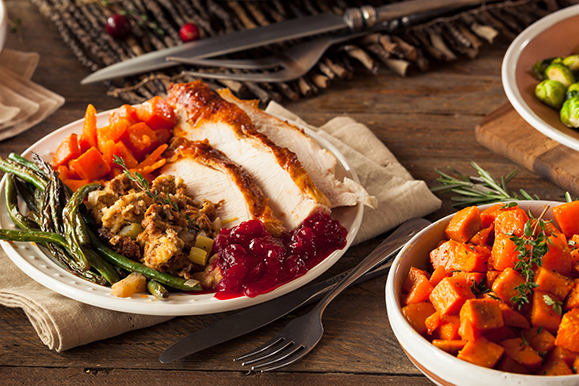 Consumers’ appetite for plant-based foods shot up during the COVID pandemic and will again over the holidays. Why that’s a huge challenge for giant food firms.