Latest News
Keeping the Talent that “Lost” the CEO Race
When CEOs step down, as GE’s Jeff Immelt did, who stays?

It’s a dream scenario that many organizations would love to have: having several talented senior leaders already on staff, each of whom can make a compelling case to be the next CEO if the existing boss wants to retire. But there’s only one problem: After picking one to be the new top boss, what happens to the others?

It’s a question that at arrives every time a long-tenured leader steps down—as the well-praised Jeffrey Immelt did this week as the CEO of GE, replaced by John Flannery. GE said that succession planning began back in 2011, and to be even a legitimate contender for the CEO job of one of the world’s largest firms means “obviously these people were pretty good,” says Signe Spencer, senior client research partner at Korn Ferry. But the challenge, of course, in any CEO horserace is that people whom don’t get the top job often leave. (In GE’s case, at least one runner-up will stay, becoming the firm’s vice chairman.)

Spencer says a well-thought out and executed succession plan can help organizations suss out what types of roles internal candidates may like to play if they lose out on the top spot. The succession committee can learn about each candidate’s personality and “talk to them about what they can uniquely contribute.”

She recalls a situation at an industrials firm with which she worked many years ago where there were two highly qualified internal candidates for a soon-to-be-vacant CEO spot. Each had a real commitment to the organization’s mission and purpose, Spencer says. One candidate, however, would be more likely to leave if he was not selected, while the other seemed less likely to leave.

The firm made the first candidate the next CEO, who then immediately reached out to talk to the other candidate, asking him to stay and keep contributing. The losing candidate also got several new titles and honors, Spencer says, and the two went on to have a very good working relationship for years.

Of course, organizations have to decide whether they want to keep the other leaders, and it’s not always an obvious answer. For example, a CEO contest can create personal rifts between candidates and other senior leaders, divides that aren’t easily repaired. Or runner-up candidates may just not agree with the strategic vision of the winner. In these cases, experts say it’s OK to let the losing candidates find new roles somewhere else.

Sometimes there’s not much the existing organization can do even when it wants to keep everyone on the same team. If the losing candidates were great potential CEOs, another organization might notice. Indeed, after Immelt was named successor to GE CEO Jack Welch in November 2000, two other senior executives, Robert Nardelli and James McNerny, used their experiences and moved on. They became CEOs at Home Depot and 3M, respectively. 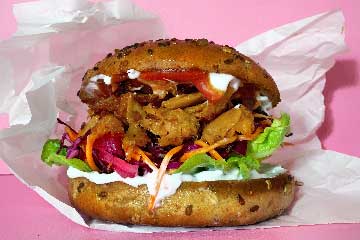 The Gold Standard for CEO Succession

How boards can prepare for takeoff.
Read More
Sign Up for our 'This Week in Leadership' email