The meat industry is becoming far more high-tech, but it faces both economic headwinds and high turnover. How it can boost talent efforts.

The problem:
Growth and dramatic changes in how meat is consumed, produced, and regulated are straining the industry’s talent capabilities.
Why it matters:
The demand for meat is expected to grow even further over the next several decades, as the global population keeps increasing.
The solution:
Attract a new breed of workers to the industry by playing up the industry’s greater purpose of feeding the world, and align with more robust training and development programs.

In the small Michigan enclave of Coldwater Township, where the population barely cracked 6,000 at the time of the 2010 United States census, sits one of the largest pork processing plants in the country. The sprawling, 550,000-square-foot facility on a 100-acre piece of bucolic green pasture cost $255 million to build. A partnership between the sixth-generation, family-owned pork producer Clemens Food Group and hog-farming partners in Michigan, Ohio, and Indiana, the roughly 850 people who work there process around 10,000 pigs a day.

The facility, which began operations in September 2017, is a marvel of modern-day meat production. Built with automation and robotics in mind, the plant is one of the most technologically advanced in the world. Inside the plant, tech is used to control climate, address biosecurity concerns, and help with food safety. It is as far from the slaughterhouse image of the industry as a plant can get. It also underscores the dramatic changes in skills and experience needed to operate the meat plant of today. Indeed, positions at the plant range from entry-level production jobs to “a wide range of higher-skill management and technical positions.” 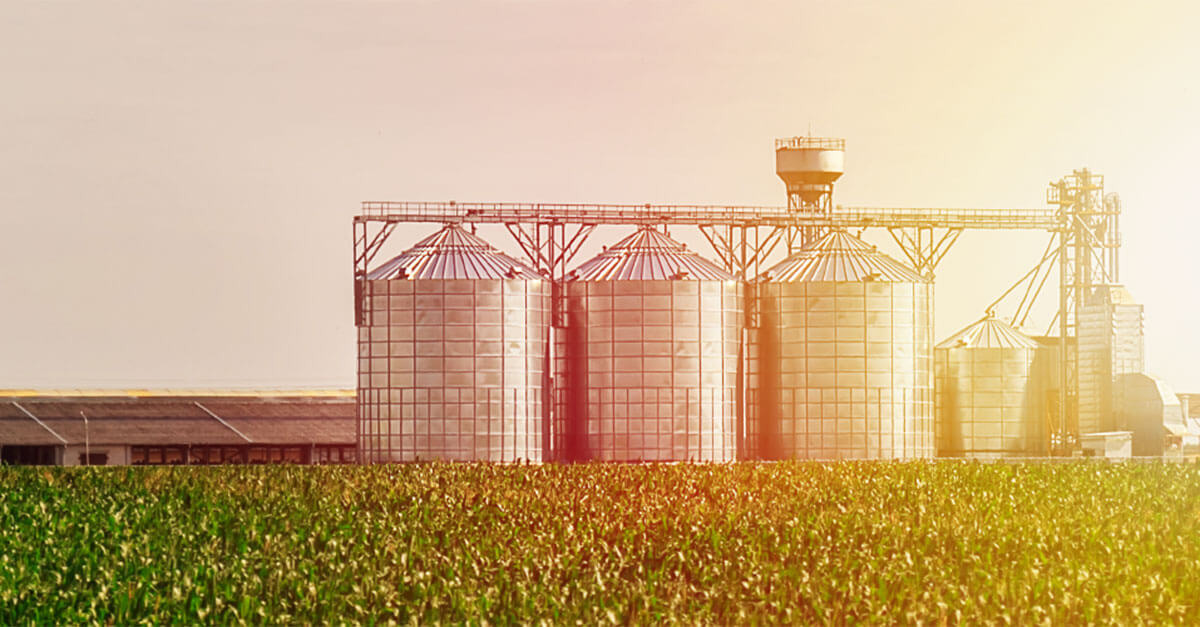 The meat industry is currently at a crossroads. Over the last 10 years, as the worldwide population has grown, so has the industry’s fortunes. Global meat consumption rose by 2% per year over that time. The US Department of Agriculture predicts Americans will set a record for meat consumption this year, and domestic production will surpass 100 billion pounds for the first time.

“The meat industry needs a makeover in the minds of employees and target workers."

But the industry’s continued growth is up against major economic and consumer- driven headwinds. Consumption of red meat in the US is slowing, while pork consumption is growing domestically and in places like Asia and Africa. What’s more, stricter food safety and environmental regulations are impacting plant operations, as are major dietary changes including the development of protein-based meat substitutes. Then there is the current trade uncertainty between the US and China.

But the biggest challenge the meat industry faces is in its labor force. Meat producers are simultaneously losing the baby boomer generation of workers to retirement and the next generation of workers to a confluence of factors—among them the industry’s poor and outdated reputation, lack of diversity, rural locales, and unclear career paths. All this is happening against a backdrop of digital transformation and consolidation that is pitting the industry against an entirely new set of competitors to attract the right talent to take it into the future.

“Talent availability has changed drastically. Meat plants of the past were thought of as well-paying and were small enough to be able to source their labor pool from the community,” says Nicole Johnson-Hoffman, senior vice president and chief sustainability officer for the meat processing company OSI Group. OSI’s hot dogs, hamburgers, and other products generate $6 billion in annual revenue; the Aurora, Illinois-based company ranks 63rd on the Forbes list of America’s largest privately held companies.

“Now, fewer people are looking to spend time in factories, and bigger plants and new tech skills mean organizations have to hire from outside the community,” says Johnson- Hoffman, who also serves as president of the Global Roundtable for Sustainable Beef, a trade organization that represents members across the meat processing value chain.

Indeed, Sean McBurney, senior partner and sector leader for Korn Ferry’s North American Agriculture practice calls talent the “number-one issue.” “There is a need to ramp up the attraction of talent back to the protein sector and to access new kinds of talent with new skill sets to support major changes in the industry in areas such as technology and automation.”

Last fall, six pork producers and four state associations convened by the National Pork Board held the inaugural meeting of the Labor Task Force, an official committee within the organization. The aptly named group’s aim, according to National Pork Board CEO Bill Even, is to examine ways to reduce turnover and maximize workforce opportunities, and to share best practices. The meat industry has one of the highest turnover rates of any sector, estimated in excess of 30% annually. It is also one of the biggest employers domestically and worldwide.

“Our goal is to better retain and develop talent, so we don’t lose emerging leaders to other industries,” says Even, who grew up on a family farm in South Dakota that he still runs. Even was named CEO of the National Pork Board, which represents 60,000 US pork producers and has an annual budget of around $70 million, in 2016.

The group’s Labor Task Force is one of many similar training and development initiatives undertaken by the pork industry in recent years. Other efforts span from farm-level workers to plant managers to corporate executives. There is an educational program in English and Spanish around animal care for farm workers, for instance, as well as a 12-month national and international leadership program. A pilot program in Texas links local production operations with community colleges and area high schools. And the US Pork Center of Excellence provides funding and distance learning in agriculture and other areas of meat production to students at schools without those programs.

Gary Haley, CEO of Vantage Foods, a privately held Canadian firm that produces retail-ready fresh meat for large supermarket chains, says building relationships with local associations, businesses, and schools is critical to meeting the industry’s future talent needs. “We have to grow our own talent pools by getting talent early on and bringing them into the industry by demonstrating a line of sight [toward a] career path and value proposition that matches theirs,” says Haley.

That’s why a major part of the industry’s recruitment and retention efforts revolve around, as Haley says, “selling the higher purpose of the industry.” One part of the strategy is to use social media to drive awareness among younger consumers and potential talent to the industry’s sustainability and corporate social responsibility efforts, as well as its role in the farm-to-table trend.

“We are seeing an interest from senior leaders in challenging long-held practices and looking at the meat industry with fresh eyes."

“The meat industry needs a makeover in the minds of employees and target workers,” says Tyler Howells, managing associate with Korn Ferry’s Agribusiness practice in North America. “It offers a good living and opportunity, competitive wages, and high job satisfaction. However, these benefits are not well publicized or reflected in the positions for which employers are looking to hire. Creating an employment brand at the industry and company level is critical.”

Despite the industry’s efforts, significant challenges remain; 63% of employers consider hiring new employees an HR challenge, and 59% say that there is a lack of candidates with proper training, according to a survey by the Food Processing HR Council. Talent issues are particularly acute at the supervisory level and above, because of the need to drive both financial performance and cultural change at many organizations. The move to precision farming, automation, and other tech innovations, coupled with increasing globalization and the push for diversity and inclusion, means meat organization leaders need strong communication and digital skills, the agility to adapt to fast-changing market conditions, and the emotional intelligence to engage a wider array of workers.

Absent the necessary leadership talent pipeline, the historically insular industry has dealt with the issue by either poaching from peers—driving up wages and costs—or turning to outside talent, most notably from the consumer packaged goods industry.

Promote the digital advances and opportunities available to tech talent. Utilize social media and technology to engage new workers and the next generation.

Take chances on very smart people from other sectors, such as consumer packaged goods or oil and gas.

Partner with vocational and educational institutions to create new awareness about the industry and to create programs for careers in meat processing.

Define and communicate your purpose and value proposition, and align recruiting messages to it.

Invest in talent development systems, processes, and programs. Create career and succession pathways for talent. The need to develop and retain your own people has never been more acute.

Regularly communicate with employees through engagement surveys, town halls, meetings, and other ways to learn what’s meaningful to them, and then adjust accordingly.

Trade uncertainty and widespread consolidation add other wrinkles to the industry’s talent challenges, says Pablo Golfari, sector leader for agribusiness in North America for Korn Ferry. One challenge, of course, is that the industry’s largely immigrant plant workforce is dependent on obtaining visas to work outside of their own countries. Trade or other geopolitical uncertainty can slow or erase that part of the workforce. The second issue, Golfari says, is that many workers now report to parent companies with cultures and reward structures that differ from companies in their home countries.

“Adjusting to unfamiliar management styles and incentive systems is a compounding factor when trying to recruit and retain new kinds of talent,” says Golfari.

The meat industry is betting that its higher purpose—feeding the world, which is set to reach 9.7 billion people by 2050—can help it win the talent fight. Not unlike advertising campaigns around beef being “what’s for dinner” and pork being “the other white meat,” the industry is using consumer-facing tactics to recruit new talent. Internally, that means focusing on engagement through communication and vision to emphasize the industry’s mission and contribution. Externally, as Vantage’s Haley says, it means making talent aware of the variety and number of stable work opportunities available across the food chain.

The effort is already starting to pay off. “We are seeing an interest from senior leaders in challenging long-held practices and looking at the meat industry with fresh eyes,” says OSI Group’s Johnson-Hoffman.