PERSPECTIVE
The hurdles that hold back D&I

More companies are trying to embrace better diversity and inclusion but keep tripping up. Lessons learned from the field.

The problem:
When it comes to diversity and inclusion, organizations too often go for a quick-fix approach.
Why it matters:
Creating a more inclusive organization is good for business and morale.
The solution:
Firms should first determine the root causes of the problem they are trying to solve.

The new CEO really got it.

He knew that a growing body of research showed that having a leadership team composed of people of differing backgrounds, races, and genders could improve corporate decision-making and performance. So, he announced with great fanfare that within a year, half the leadership team would be either men from underrepresented groups or women. On top of that, every employee would go through diversity and inclusion (D&I) training. Within a year, the new CEO had his diverse leadership team, and all the employees had completed the training.

But within two years, all those diverse hires had left the company. In their exit interviews, they all complained about the CEO’s leadership style and the culture focused on short-term profits. Now the CEO was left with a traditional-looking—and conventional-thinking—senior team, very few high-potential minority or female workers, and a workforce angered and confused by the management turnover.

The hurdles that hold back D&I 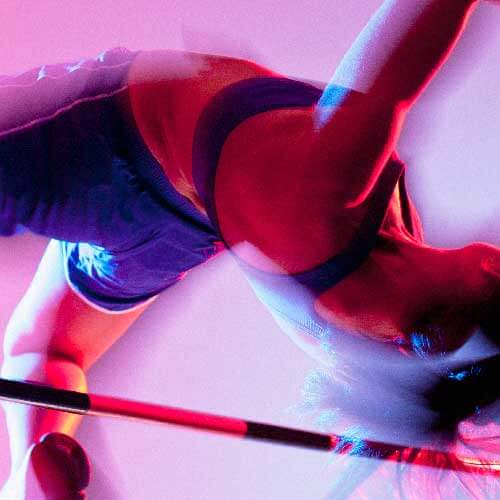 Stymied diversity efforts like these are all too common in the corporate world. Experts say too many corporate bosses believe that following the standard D&I blueprint— something that has been around since the 1980s—will automatically produce a successful result.

But cookie-cutter solutions alone can’t solve D&I gaps when leaders don’t even know the root causes of these gaps. “Every organization’s D&I journey is different, and they will miss the mark without the proper due diligence of why they are not as diverse and inclusive as they aspire to be,” says Andrés Tapia, a Korn Ferry senior client partner and global D&I strategist. “Jumping to solutions without understanding can actually set back the cause.”

The proof is in the data. Though companies are spending hundreds of millions of dollars on these often quick-fix efforts, female representation is still not reflecting the available talent pool, and the number of racial and ethnic minorities in management has, on average, barely budged in the 21st century. Neither Latinos nor African Americans nor Asians represent more than 10% of the management in almost every US industry.

“Diverse talent often ends up leaving because the organization they are being put into hasn’t changed,” says Jim Evans, senior vice president, human resources at Capital Group, one of the world’s leading asset management companies. “The intent behind hiring them may be noble and well intended, but if the organization isn’t prepared to accept them, it won’t work.”

By all accounts, companies need to find a better way soon. Nearly half of millennials say they want to work at a diverse, inclusive organization. At the same time, women and racial and ethnic minorities now make up a larger proportion of the US population. The inability to recruit and retain people from that talent pool not only severely restricts the talent available to the organization but also potentially alienates customers and can stymie innovation.

It’s natural that leaders, whether they are in management or on the board, want immediate results. “Just go out and hire more diversity” is the mantra. However, a quick-fix approach plays into one of the biggest myths about diversity and inclusion—assuming the root cause of the issue is strictly related to D&I.

In one case involving a client for Korn Ferry, the firm was having trouble developing female executives despite hiring men and women at a 50/50 ratio out of college. Company executives assumed they had a work-life balance challenge that was disproportionately negatively affecting women. They believed the firm’s intense culture—where workweeks averaged at least 60 hours—was an anathema to female workers who wanted more of a work-life balance. They tried to cut back expected hours, but women still kept leaving at a higher rate than men.

It turns out that the firm’s original assumption that women needed more balance than men was wrong. Both the male and female employees that the firm attracted were drawn to the hard-charging intensity of the work. Yet men were staying, women were not. After rounds of exit interviews, focus groups, and data analysis, leaders finally unearthed the root cause: many managers didn’t have good people skills. It was this gap much more so than the work-life imbalance that was driving more women away.

According to Fayruz Kirtzman, a senior principal at Korn Ferry and a specialist in D&I strategies, this problem emerged because the firm historically promoted people based on technical skills, creating many first-time managers who were not properly trained. Both men and women were affected, but the gap “disproportionately affected women and professionals of racial and ethnic minorities because these populations already face more corporate headwinds to begin with, given the prevalence of conscious and unconscious biases underrepresented groups face,” Kirtzman says.

A lack of effective people managers isn’t a specific D&I problem. “That’s the piece that every organization struggles with, the frontline and middle and senior managers who are making the vast majority of day-to-day decisions—that sticky middle layer,” says Evans.

“Diverse talent often ends up leaving because the organization they are being put into hasn't changed.”

Another often overlooked root cause affecting D&I that is not explicitly about D&I, says Korn Ferry’s Tapia, is that some companies are inadvertently misrepresenting their actual employee value proposition.

One of Tapia’s clients did seemingly all the right things—installed unconscious bias training programs, developed mentors, started employee resource groups—and still wasn’t able to increase diversity among management. Ironically, the firm’s attractive culture was the problem: managers weren’t leaving, creating little opportunity for underrepresented groups. Workers who went through all the inclusion efforts were dismayed at the lack of progress, and many left.

“There was a major disconnect between what they had promised employees at hire time and what they could deliver,” says Tapia. “They promised advancement, but they couldn’t deliver it no matter how many D&I initiatives they put in place.”

Rather than promising “advancement,” the organization rebranded itself to talent as a place for “growth.” It became a “learning organization,” Tapia says, where employees received many development opportunities that led to professional or personal growth. Those opportunities could be used either at the organization or at another employer. In the end, Tapia says, the greater transparency decreased perceptions that the company was not being serious about becoming more diverse and inclusive and helped increase engagement and retention.

Once organizations have set realistic D&I targets, leaders must keep everyone engaged. All too often, say experts, D&I efforts get derailed because one segment of the talent pool feels like they are losing opportunities to other groups they feel are being favored.

From infancy to maturity: A D&I journey

Embedding diversity and inclusion into an organization takes time, effort, and patience. Here are the five stages most organizations must move through:

Complying with the laws and regulations required of every organization.

C-suite leaders awaken to the fact that D&I is the right thing to do for their employees, customers, and business.

Organizations turn high-profile D&I initiatives into systemic solutions that are more equitable for all talent by stripping out unconscious biases from talent management tools and processes.

D&I is leveraged to grow external market share, enhance customer service, and improve product design to address the needs and wants of a more diverse marketplace.

Janet Pope, who has led global diversity at the consulting and technology services company Capgemini, says once firms embark on D&I initiatives, they must be aware of the diversity narrative among male talent below the executive level. Current senior managers who aren’t asked to lead business units may start asking if they are now the ones who are marginalized. “If they aren’t part of the populations being tracked through our diversity KPIs or in the current trending generation, they don’t feel part of the story,” she says.

That’s why, even as CEOs and outside stakeholders demand quick D&I improvements, organizations should take the time to conduct proper due diligence to clearly understand the exact nature of the problem they are seeking to solve. Experts say patience is required to uncover key hidden flaws such as disenchanted middle managers who feel left out or recent hires who aren’t attached to strong mentors.

The plus of pipelines

Focusing on the pipeline, rather than just filling jobs, offers multiple benefits:

It eases a potential legal issue.

Targeting a group of people from specific backgrounds in specific jobs can raise legal questions. Diversifying a broad talent pool can level the playing field and, ultimately, is a more ambitious goal and longer-term play.

Trying to diversify the workforce when employee turnover is low or when there is very little business growth can be exceptionally frustrating since there are so few opportunities to move the needle. But business units can still do quite a bit toward diversifying their talent pipelines, even during years of few job openings.

Aiming to increase the pool of diverse candidates by 40% can be done comparatively quickly. Achieving that goal can be inspiring and easier to tie to incentive pay.

It’s easy to lose celebrated diverse hires due to the normal churn of business. Then an organization has to start over again. Having a robust internal diverse pipeline can keep offering top talent to replenish open spots.

To be sure, it’s commendable that more organizations are embarking on D&I efforts. But once they do, it can be tempting to focus on two shiny short-term goals—filling immediate roles and winning awards—than to commit to more valuable long-term goals, like developing an inclusive culture with a deep leadership pipeline.

For example, often the top D&I issue corporate boards first focus on is the scarcity of diversity at the highest levels of leadership. Diverse representation in leadership, therefore, becomes the rallying cry. CEOs declare that no hires will be made until a diverse slate of candidates has been sourced and vetted, and chief diversity officers rally to have bonuses tied to achieving greater diversity in senior positions.

These are best practices that have proven to work very well. But experts say focusing on representation alone is not sustainable.

One technology company Korn Ferry worked with had a mandate to hire a certain number of people from underrepresented groups. That talent wasn’t in-house, and hiring managers weren’t trained to find or develop anyone new. Predictably, exceptions to the requirement were being requested and granted so often that the entire D&I initiative lost credibility.

A more effective approach is to focus on building diverse talent pipelines. Tending to the more operational and detailed work of embedding D&I concepts right into the day-to-day realities of talent management, development, and advancement may not win immediate awards. But organizations will wind up with something far more valuable: an inclusive culture with a sustainable pipeline of diverse talent.