PERSPECTIVE
The demise of distance

In the age of speed and agility, more companies are turning to “in-shoring,” bringing tech and other talent closer to where goods are produced and services delivered.

The problem:
Competing in real time requires agile teams from across the value chain to collaborate on bringing products and services to market faster.
Why it matters:
In today’s digital world, where you compete is just as important as how you compete.
The solution:
Build local training and education hubs that develop local talent to meet the increasing demands of clients.

It was a simple idea. Power-equipment giant Siemens Gamesa wanted to decrease the time it took to inspect the blades of its wind turbines before they were shipped out to customers throughout the world. Executives felt maintenance time in the field, which could take up to six hours, was costing too much. Every hour the blades spent in the factory meant they couldn’t produce electricity for Siemens’ utility-company customers.

In partnership with Japanese IT services provider Fujitsu, the two companies developed an artificial- intelligence platform to conduct inspections using deep learning technology to analyze blade images. As a result, the average inspection time decreased from six hours to just 90 minutes. “Today you need to be up close and personal with clients to quickly deliver solutions that help them drive business-critical consumer experiences,” says Duncan Tait, president and CEO of Fujitsu in Europe, the Middle East, India, and Africa. Getting up close and personal with clients is exactly what Fujitsu is doing, developing several digital technology laboratories near its European clients, including Siemens Gamesa.

The demise of distance 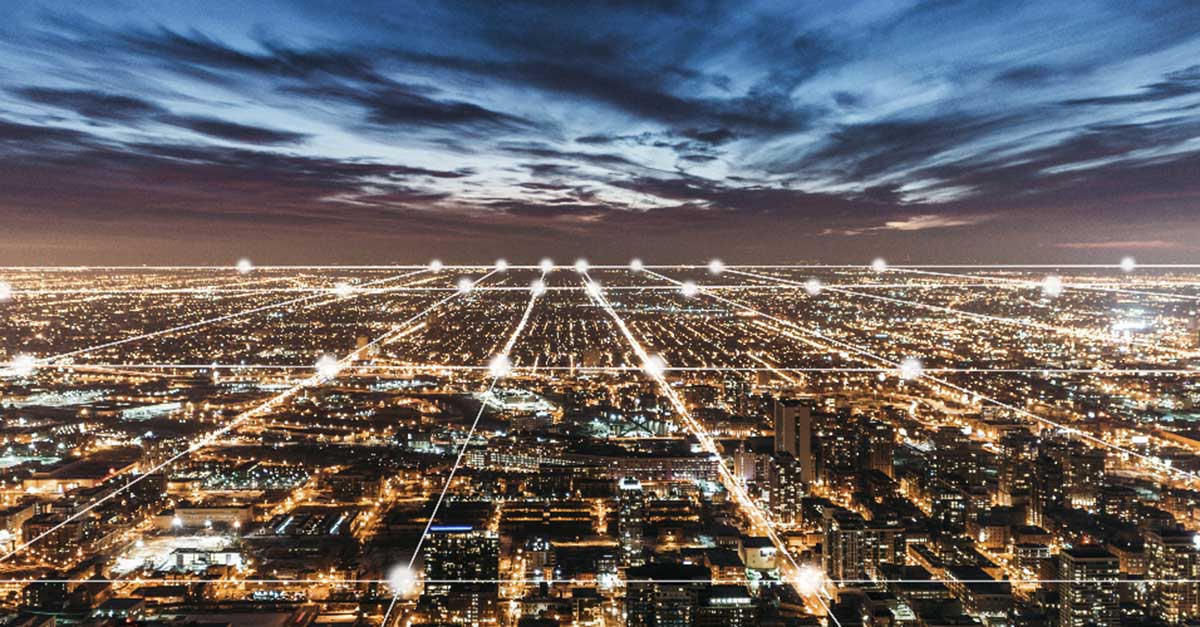 Offshoring is so 1990s. Welcome to the age of “in-shoring.” The trend, which has been developing over the last few years, turns the 40-year-old practice of farming out jobs to far-flung lands on its head. Companies are now either asking their suppliers to either move their businesses closer or finding new vendors who are already in their neighborhoods.

While companies may appreciate the often lower-cost labor of outsourced work, many executives are beginning to understand that the speed, agility, and flexibility of developing close-proximity partnerships can have far more benefits. “In the digital world, where you work and compete is just as important as how you work and compete,” says Vinay Menon, senior client partner and global leader of Korn Ferry’s AI practice. “It’s important to tap into an ecosystem of start-ups, partners, vendors, and suppliers, rather than being a standalone island of delivery.”

With work conducted in rapid sprints instead of marathon production cycles, proximity is paramount. Beyond that, there are a host of technical, political, and economic factors underlying the trend—everything from the need to develop local jobs and properly skilled talent to improved client relationships.

“Companies are organizing themselves around the twin themes of customer impact and agility, rather than just efficiency or global functions,” says Menon. And, if anything, the need for speed, flexibility, and change will only grow with time.

The benefits of outsourcing are obvious, of course; companies can find skilled manufacturing and IT talent in other regions of the world where wages are usually a lot lower. And even as wages have increased globally, outsourcing likely isn’t going away any time soon. Big IT services firms like Accenture, Capgemini, and IBM each have more than 100,000 employees based in India today, for instance. Meanwhile, such developing countries have built major businesses of their own.

But automation, AI, robotics, and other advanced technologies are making it more cost-efficient to operate locally. By using its local development hubs, Fujitsu not only saved Siemens money but also generated a higher profit margin for itself than if it developed the new AI program offshore. “The decision comes down to what assets do we need to win and where do we need to place them,” says Fujitsu’s Tait.

While offshoring can initially appear cheaper, over time it often ends up being less efficient and more costly, according to Bernard Bourigeaud, founder of the IT firm Atos. He says offshoring isn’t a viable solution for sophisticated IT development projects.

For instance, Atos has been managing the visitor accreditation systems for the Olympic Games since 2002. That requires building a private network and connecting thousands of servers from scratch every two years where each Olympics is located to digitally manage everything from recruiting upward of 60,000 volunteers to communicating event results to the world in real time. Trying to do that from afar would be logistically impossible, he says. “For this kind of project, you have to be close to the client because you cannot be late. You have to deliver on time,” says Bourigeaud, who now serves as chairman of electronic payments provider Ingencio and a director on several publicly listed firms.

Indeed, organizations’ development needs are evolving so rapidly that offshoring could become detrimental to business performance. Delays in hiring and training talent, communication issues related to needs and goals, and people leaving often lead to project overruns. “It ends up being less efficient, takes longer, and costs more,” Bourigeaud says.

Across the world, companies are building innovation hubs and training and educational centers closer to their clients in a bid to cocreate and deliver new services in real time. Here are some examples:

In-shoring has a slightly different look for firms based in developing countries, but the results are very similar. Historically, for instance, the technology-consulting firm Infosys would hire and train Indian engineers and then send them to America to embed them with clients. But two years ago, the company made a commitment to hire 10,000 US workers locally by building technology and innovation hubs in the United States close to its client sites. Additionally, the company has started construction on its education center in Indianapolis, deemed the country’s largest corporate training facility. The state-of-the-art residential training center for employees and clients of Infosys will prepare the American workforce for the jobs of the future. The unveiling of the center was a significant enough milestone that Vice President Mike Pence (formerly the governor of Indiana) changed his schedule to attend the event.

In addition to Indianapolis, Infosys has built hubs in Hartford, Connecticut; Raleigh, North Carolina; Richardson, Texas; and Providence, Rhode Island, with another one scheduled for completion this year in Phoenix, Arizona. “The hubs serve as immersive workspaces with living labs where employees of Infosys and our customers can work together,” says Infosys President Ravi Kumar.

Why in-shoring is on the rise

There are a host of technical, political, and economic factors underlying the in-shoring trend. Here are four of the biggest:

The speed of business today requires staying close to clients to cocreate in rapid sprints.

Hand in hand with a talent shortage, companies and governments are now seeking deals that include training local workers as opposed to shipping projects offshore or bringing in talent from elsewhere.

Not only in search of engineers, organizations increasingly need talent from liberal arts, design, and other nontraditional backgrounds to collaborate with digital specialists to drive new consumer experiences.

Those employees include not just the traditional engineers and STEM talent, but also fine arts, design, and other creative specialists. For instance, Infosys is partnering with the Rhode Island School of Design (RISD) to enlist and train designers at its Providence hub. The company is also the largest hirer from community colleges in the US. “Tech companies never went to RISD to hire talent before,” notes Korn Ferry’s Menon. “But in keeping with the future of work, companies like Infosys are going local much more, and in essence rebuilding their organizations from a people standpoint as well.”

Or, as Arun Bansal, senior vice president and head of Europe and Latin America for the telecommunications company Ericsson, says, “The structure of moving people far away no longer works. It is essential to have partnerships to train local talent and build up nearshore resources.”