The problem:
The scope of the job for CFOs in China is evolving to include more involvement in operations and leadership.
Why it matters:
As Chinese CFOs’ roles expand, they will need a wider skill set beyond finance.
The solution:
Adopt a new candidate profile that includes soft skills and agility-related traits.

A Google search for “differences between U.S. and Chinese culture” returns more than a billion results. Included among the results are scholarly research on social structure, books on family dynamics, and newspaper articles and blog posts on business etiquette. According to new research from Korn Ferry, another topic could be added to the list: the skills and traits needed for a successful chief financial officer.

What does culture have to do with being a successful CFO? The scope of the job, after all, is pretty straightforward—understand accounting and financial regulations, be adept at financial planning, and make capital allocation decisions to drive revenue and profit. At least that used to be the case. In recent years, however, the CFO role has evolved from being purely numbers focused. More and more, CFOs are being asked to serve as a key business partner to the CEO and a strategic advisor to the board and organization as a whole. These new requirements change the collaboration between the CFO and other parts of the organization and affect the way financial information is prepared and presented. 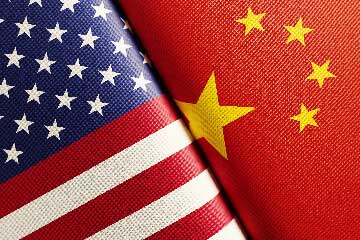 As a result, as CFOs fill more gaps in an organization’s operations and leadership they need a wider skill set and understanding beyond finance. And that’s where cultural differences come into play, says May Chen, the director of assessment services with Korn Ferry APAC. She analyzed the traits (i.e., individual characteristics) and drivers (i.e., sources of motivation) of top-performing Chinese and North American CFOs who completed Korn Ferry leadership assessments, and found that cultural values around interpersonal communications, as well as social norms, affect performance as much as financial acumen does.

Structure, for instance, ranked as the most important driver, or source of motivation, for Chinese CFOs, but the least important for CFOs in the U.S. Part of the reason for that, says Chen, stems from the fact that Chinese culture emphasizes structure, particularly with regard to business, where there are very precise terms that indicate a person’s status and their relationship to everyone else.

But to the extent that structure relates to a desire for reliability, predictability, and clear processes and procedures in the work environment, the need for structure could affect a CFO’s performance in today’s volatile and uncertain business climate. Such findings suggest that organizations may need to adjust their criteria for attracting and retaining CFO talent. Or as Chen says: “The CFO role is now much more visible, with a higher level of power and status. What it takes to succeed as a CFO may be very different depending on where the role is located.”

“What it takes to succeed as a CFO may be very different depending on where the role is located.”

Traditionally, organizations recruited CFOs from the big four accounting firms, which is to say polished professionals with reputational credibility. As the tech era took hold, start-ups began looking to investment banks for CFO candidates to provide access to capital markets and, ideally, usher the organization through the IPO process.

About five years ago, another evolution took place. “We were looking for a CFO, and the chairman said not to hire an accountant or banker no matter how wonderful they were,” says one C-suite executive who requested anonymity because he was speaking about a previous company. “He felt those kinds of candidates wouldn’t help bring operations, strategy, and management to the next level.”

A new Korn Ferry study analyzing the importance of traits and drivers of successful CFOs in the United States and China found some key differences.

The comment underscores the radical new view of the CFO function and the skills needed for success in it. Traits like collaboration, adaptability, tolerance of ambiguity, and emotional intelligence that were barely a consideration in the past are now front and center. “CFOs are now in the service business,” says Michael McDonnell, CFO of IQVIA, which has global operations in more than 100 countries, including the U.S. and China. “You have to be pragmatic in order to be successful.”

But not all companies—much less all countries—move at the same pace or in the same direction. As Korn Ferry’s research shows, the CFO evolution is more pronounced in North America than in China, and as a result, the approach to recruiting and retaining candidates has changed more. For example, successful U.S. CFOs scored higher than their Chinese counterparts on agility- related traits such as risk-taking and adaptability. Similarly, collaboration ranked as the most important driver for U.S. CFOs but the least important one for Chinese CFOs. Chen explains the disparity by noting that U.S. organizations are less siloed and that CFOs in the U.S. tend to work more closely with the CEOs. Conversely, in China decisions are rarely made through consensus, and individual teams often work independently.

The key to success will not be as simple as merely emulating the profile of other leading executives from other countries. Instead, companies will need to strike a balance between historical Chinese business norms and a move toward innovation, agility, and risk.

Put another way: “Chinese companies may still be inclined to focus on a CFO job scope that is limited to accounting and finance and doesn’t require agility-related traits,” says Barry Toren, a Korn Ferry senior client partner and the leader of the firm’s North American Financial Officer practice. He says that limited job scope tends to attract traditional numbers-focused candidates, which could end up trapping organizations in a vicious cycle that hinders their ability to achieve business goals.

“The CFO role is now much more visible, with a higher level of power and status.”

As China’s economy continues to evolve, and as globalization increases, how business is conducted in the country will come to look more like it does in other countries. Similarly, Toren says the CFO role may shift to mirror that of U.S. CFOs. And Korn Ferry’s research found that despite cultural differences, CFOs in both countries do share some traits, such as persistence and composure.

Composure in particular will become an increasingly important soft skill for CFOs in China as the function grows into more of a partner to the CEO. So, too, will communications skills such as network building, which ranked highest among Chinese CFOs but lowest among CFOs in the U.S.

“CFOs need to develop a social chemistry with the CEO and senior leadership to have open communication and trust,” says Lucy Qiu, Pfizer Consumer Healthcare’s CFO for the Asia-Pacific region.

Or, as Chen says, for future CFOs to succeed in a Chinese culture that emphasizes acute sensitivity to interpersonal relationships, they will need to be attuned to a diverse set of social cues: “The adopting of different profiles and candidates as potential CFOs to include soft skills and agility-related traits may be the next few steps on the Chinese CFO path to success.”