Latest News
Merlot from Malmö
A surge in Nordic wine says nearly as much about Scandinavian leadership as about climate change.

Sure, you may enjoy bottles from Bordeaux, Burgundy, Napa Valley, and Rioja. But some innovators are banking that the next great wines may come from Sjaelland and Malmö.

A series of unusually hot summers has led some entrepreneurs to make wine in Denmark, Sweden, and Norway, locales where the climate historically has been far too cold to grow vines of sufficient quality to make decent wine. Up from only a handful 15 years ago, around 150 commercial wineries across Scandinavia are breaking the mold of what it means to run a vineyard in Europe, demonstrating how the region’s leaders can innovate while playing to their strengths.

Scandinavians may have a few advantages to selling their vintages, assuming they can win over skeptical drinkers. These modest-size economies have all but required entrepreneurs to hone their marketing and sales skills to look overseas to grow because there were never enough buyers at home, almost regardless of the business. “That has forced us out into the world and to do business with other countries,” says Per Sandström, a Korn Ferry senior client partner.

Also, Scandinavians tend to embrace risk perhaps more than people in other countries, says Sandström. That’s in part due to the generous government safety net. If a company goes bust, there is a lower likelihood that the founders will find themselves destitute. “We are able to take a risk because the social welfare system is quite developed,” says Sandström. Overall, those welfare programs lower the personal risk of start-up founders who experiment with new ideas, such as Nordic wineries.

The willingness to experiment and innovate shows up in the region’s fintech sector, which is disrupting decades-old practices in the banking business. That has ultimately led to the near elimination of cash in Sweden, says Sandström. “We have no money in our pockets,” he says. Instead, people pay their bills using cards and electronic transfers.

Nordic executives also tend to avoid the top-down management approach. Instead, they are typically more inclusive leaders, says Christina Harrington, head of Korn Ferry’s advisory services in Sweden. She dubs the approach nonhierarchical, which means that everyone gets heard. As a result, any problems get raised quickly from any level inside the organization. “That helps manage risk,” she says.

That approach also relies on workers who consider their role is to make sure the boss is informed. “‘Nonhierarchical’ means people will give you their view because they think it is their duty to do so,” Harrington says. “Everybody’s voice matters.” Or put another way, getting broad input on projects and ideas helps leaders get all the information they need to make better decisions. Of course, that can be taken too far. When inclusivity becomes management by consensus, then problems tend to take over. Consensus can grind decision-making to a snail’s pace or even to a halt, Harrington says.

Leaders’ willingness to listen also stems from something else: lack of arrogance, says Harrington. In other words, leaders don’t think they have all the answers—or that they should. “You work hard, but don’t think that you are the best,” she says. 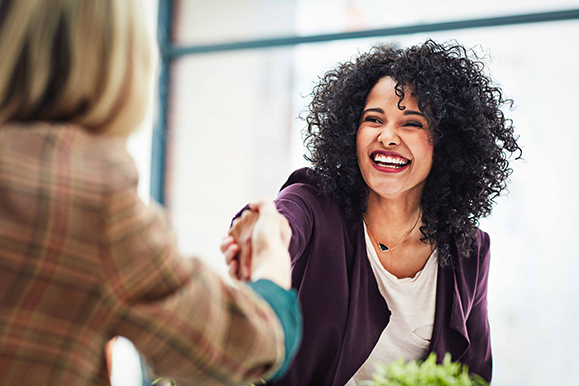 Per Sandstrom
senior client partner
Christina Harrington
head of advisory, sweden
Sign Up for our 'This Week in Leadership' email