Briefings Magazine
The HR Coaching Tree
Hundreds of the country’s top HR executives worked for one of two guys. What, exactly, did Mike Feiner and Bill Conaty do?

So-called “coaching trees” are quite the rage in sports these days, referring to coaches who develop assistants that go on to great success elsewhere. You can trace nine NFL head coaches—including Bill Belichick—to two-time Super Bowl winner Bill Parcells, for example. As for the corporate world, legends like Jack Welch and Silicon Valley guru Peter Thiel have their own protégés sprinkled through C-suites around the world.

And then there’s Mike Feiner and Bill Conaty. Never heard of them? That’s understandable; they’ve never run a company (or coached a professional sports team, for that matter). But in the world of human resources, the two are quite epic. In fact, you might call them the progenitors of two of the world’s greatest coaching trees.

Feiner was the head of human resources at Pepsi for 20 years until the mid-1990s. Conaty had the same role at GE for 15 years until the mid-2000s. (Today they both consult, among other roles.) Together they groomed, pushed, and mentored thousands of HR executives, more than 250 of whom became the top HR executives at one of the 1,000 largest companies in the country, including Amazon, Google, American Express, BP, and General Mills. Not that either of them ever did this count, by the way. Dan Kaplan, a senior client partner in Korn Ferry’s CHRO practice, noticed the pattern some years ago and did the math. 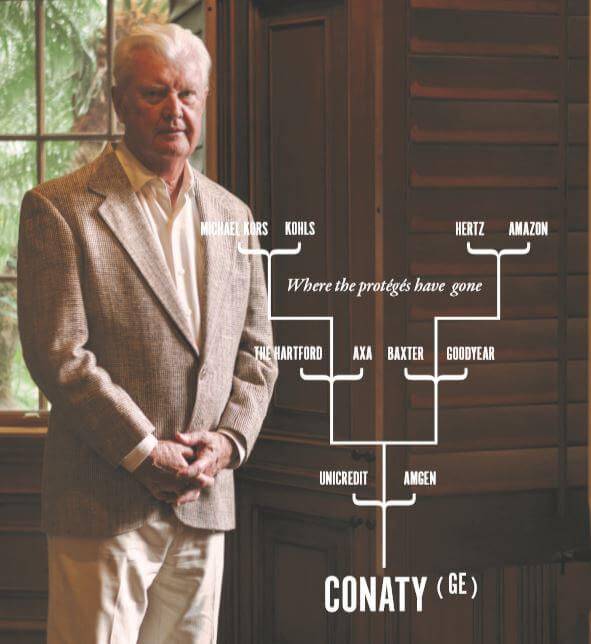 “For years people talked about the talent coming out of the Pepsi and GE systems, but it was largely the work of two great leaders,” says Kaplan. “Working for either Mike or Bill almost became a requirement for anyone wanting to become a head of HR.”

Interestingly, they’re different in person, with Conaty, a Vietnam-era veteran, being the more reserved, and Feiner on the blunter side. But even more curious is how their styles differ. Conaty insisted that his troops become “highly visible and highly credible,” a slogan that could be found pinned on the board behind nearly every GE HR employee’s desk. GE’s HR employees had to build trusting relationships with the operations managers they worked with. “We wanted people out front, and we wanted them to understand the needs of the business,” Conaty says.

Feiner likewise wanted his HR teams to build reputations as business problem solvers, but he also had no qualms about dropping high-potential young people into situations that, on paper, they were not prepared for. “If you’re not sure what to do, I’ll tell you, but go fix the thing,” Feiner says.

In 1984, Feiner sent Ken DiPietro to southeastern Michigan to completely redo the company’s labor negotiations strategy. DiPietro was 24 at the time. “Feiner expected you to understand the business and shape it, regardless of age and experience,” says DiPietro, who went on to run HR for Dell, Microsoft, Lenovo, and Biogen. “You were thrown into the deep end, sink or swim. I found that fantastic.”

Only in the past few years have many organizations realized that HR executives aren’t just there to figure out the firm’s health insurance plan and write the employee handbook. Indeed, two of HR’s main mandates, creating a positive work culture and attracting (and keeping) talented employees, are viewed as essential to the success of the enterprise. Feiner and Conaty churned out executives who’ve known that for decades. “It’s about time the rest of the world caught up,” says Feiner. 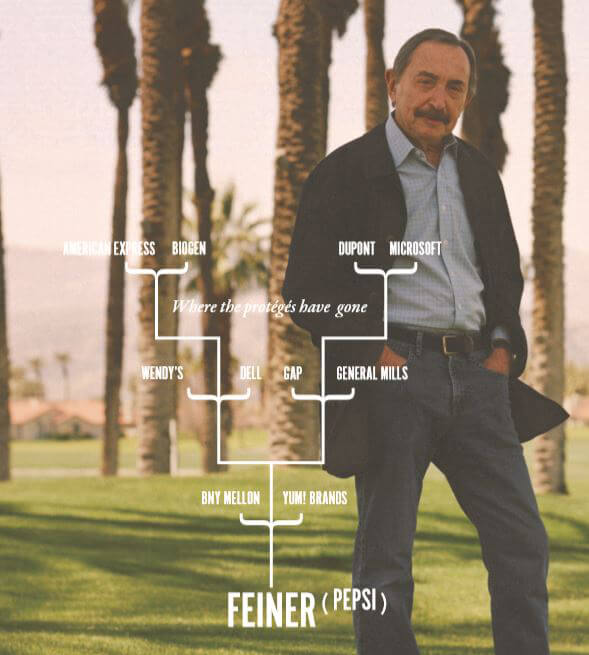 We decided we had to know more about the pair. In separate interviews with Dan Kaplan, here’s what they told us about the skills all top HR people have, and the value of mentoring.

HR has never been particularly glamorous. How’d you get involved?

After finishing operations management training, I could have taken a promotion in operations, but took a more lateral move to personnel in Erie, Pennsylvania, which is what GE called HR in 1971. I knew that in a company like GE, the more broad-based your skills were, the longer your legs would get, and that this might be a chance to get an inside look and make a dramatic difference.

My father went to law school but had to take over a haberdashery when he lost his hearing in his 20s. It was a boring job, and I thought he was miserable. A lot of that steeped into my DNA. People ought to be engaged and fulfilled, whatever your job is. So that led me to HR. 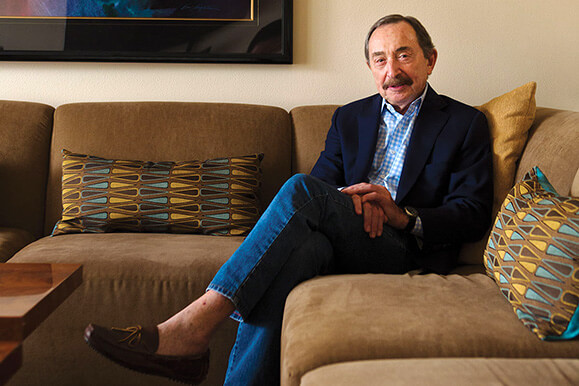 Really good HR people don’t want to do the company handbook. They want to get people to say at the end of each day, “Wow, I did a great job, I feel appreciated, I mattered.” Two-thirds of employees have no commitment or loyalty—that’s tragic.

What do you mean that HR should be business problem solvers?

The whole reason we designed and installed a human capital system (which created a vigorous approach to promotions) was to solve a business problem. Pepsi was taking on the world’s most recognized trademark, Coke, and to do that successfully we needed to create a meritocracy.

HR people take problems off desks. Managers, particularly executives, will get plenty of those from legal, finance, compliance, and elsewhere. HR has to be different. Even today, you see HR folks who are great problem identifiers, but not-so-great problem solvers. Whether it was a plant manager or [GE CEO] Jack Welch saying, “What do we do?” I’d say, “You don’t do anything, I’m working on it.”

So what traits and skills do good HR leaders share?

The No. 1 requirement for being an HR person is courage. You’re sometimes going up against plant managers and telling them their leadership is terrible. You also have to be a change agent; you’re never satisfied as an observer. Having a seat at the table is not sufficient, it’s about advising other leaders at the table how to up their game.

Courage is definitely important. Depending on the company culture, you have to be able to push back. If you don’t push back on an issue that is important to you, then you will get rolled. You also always have to be in a learning mode; you can’t have a been-there, done-that mentality. 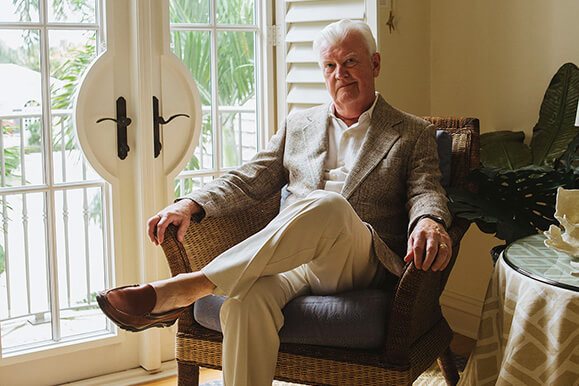 What did you try to instill in the people you hired or oversaw?

Forge a real close working relationship with the leadership team, up and down, and be a resource for all. Be a confidante and be a legitimate business partner. At the top, for HR people to really be effective, they cannot be viewed as being in the pocket of CEO. You need to have a great relationship with the CEO, but don’t let it be the only relationship, or you’ll last about a year.

Even well-managed companies don’t work that well. You’re empowered to change and improve things. Also, help line leaders create an environment in which people feel that they’re building a cathedral.

What did you think when your direct reports would quit and take top jobs at other companies?

Over time, I have felt enormous pride and some degree of sadness. I’d see Pepsi lose some of its best and brightest, but they were getting really great jobs.

I can’t ever say I got surprised. Some folks would come to me and say they had two or three opportunities, and it was incredibly gratifying that they would come to me to discuss their options and solicit my opinion.

Have you two ever traded notes about HR?

Believe it or not, we’ve never met. I’d very much like to, though.

Changing Careers During the Coronavirus

The job market just went from great to awful, but there may be some opportunities for those that want to make a wholesale switch.

When the Leader Gets COVID-19

Organizations must figure out who will step in if top executives—and many others—get sick.

Invasion of the Extremely Online

The digital natives are coming—with a new form of totally transparent communication. Can companies use it?
Read More
Briefings Magazine

Let There Be Light

More companies are waking up to the critical role of office lighting. But what happens when we work from home?
Read More
Briefings Magazine

The Millennial Managers Have Arrived

As they move into management, many Generation Y'ers are discovering some unexpected challenges.
Read More
Sign Up for our 'This Week in Leadership' email