Dead-Weight Directors: Is There an Answer?

Not dealing with millstones in the boardroom can crush the very value of the board. 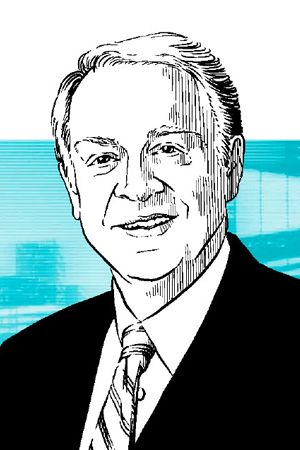 Martin Coyne is a board director, advisor and governance evaluator for a diverse group of public and private companies.

The board of directors knew something had to be done; its medical services company was under threat from a new software system within the industry. The CEO effectively showed how investing in new digital technology would counter the imminent threat and position the firm for long-term growth.

It made sense to everyone … except two timid board members. “What if we fail? What will happen to our reputations?” these two consistently asked.

Their company was facing potential obsolescence, yet the board members were more worried about their legacy than doing what was best for the firm and shareholders.

In today’s world, corporate board directors struggle with many issues, such as evaluating management plans, being good stewards for shareholders, advising on the company’s strategic direction and creating a strong CEO succession. But there’s one issue that tends to get much less attention: There are a lot of less-than-stellar board members. You might in fact call some “dead-weight directors”—they can act like a millstone, methodically grinding down the CEO and management team. These board members are excellent at sowing dysfunction and terrible at governance.

Of course, this is a perennial concern—any board can have some bad apples. But it’s a bigger deal in an age when the actions, or inactions, of some corporate boards can make news, as they did in 2016 over some high-profile corporate snafus. It’s also potentially a bigger problem as a director ages and his or her time on the board grows. About 45 percent of S&P 500 directors are between 61 and 70 years old, and more than 800 are over the age of 70, one survey says.

The behavior of dead-weight board directors shows up in a few ways, but being scared may be the most common. Boards are under an increasing amount of scrutiny and, unfortunately, some directors have become too afraid of risk because of it. In the case of that medical services company, the two recalcitrant directors, fearful of any changes, delayed any major decision-making. After many months, one of the directors grudgingly supported the plan, while the other quit the board. The delay frustrated other board members and the CEO, but most important, the company lost an opportunity for competitive advantage.

Another surprisingly common issue: being unprepared. It’s part of a director’s job to stay on top of the firm’s business, but watch several board meetings and you will be able to point out the ones who haven’t cracked open the board book. This lack of preparation wastes valuable time and dents the effectiveness of the entire board.

But one of the worst dysfunctional behaviors on boards is when directors become more interested in winning arguments with rival directors over doing what’s best for the company. The board ends up dividing itself into unproductive factions. Instead of solving problems, sidebar conversations degenerate into score settling. These destructive behaviors serve only to slow meetings to a crawl.

It’s often difficult to get rid of these dead-weight directors immediately, but there are two effective ways to handle them. First and most important, the CEO needs to be able to tell directors about their behavior and offer opportunities for improvement, without fear of getting fired. This can occur in an executive session or via the relationship the CEO has with the lead inde- pendent director or non- executive chairperson.

The second important tool is having force- ful board evaluations. Anonymous annual board evaluations and director peer assessments will make it clear to bad directors that their behaviors are being noticed and will not be tolerated. Those evaluations can help cut loose a consistently unprepared director. At the same time, an independent third party often can uncover many issues and suggest recommendations for improvement that a typical board assessment cannot.

There are millstones in every workplace who can grind progress to a halt, but not dealing with millstones in the boardroom can crush the very value of the board. Directors should aspire to be the building blocks for a strong foundation of company growth and CEO support.