The secrets of top CMOs

The CMOs of Burger King, The New York Times, and Torchy's Tacos tell Korn Ferry what it takes for marketers to get results. 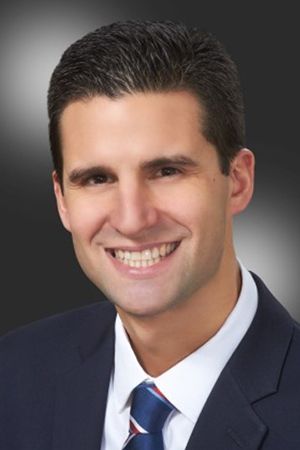 As the chief marketing officer of The New York Times—the first CMO on record in the company’s 170-year history—David Rubin faces several seemingly insurmountable marketing challenges. For one, roughly 180 million people in the United States interact with some form of digital news each month, but fewer than 15 million pay for it.

Part of the way The Times is trying to get people to pay for news, and another of Rubin’s marketing challenges, is shifting the company’s business model to subscriptions from ads. As if navigating these massive shifts in news consumption isn’t enough, The Times is simultaneously one of several news organizations under near-constant assault from politicians unhappy with their coverage. “Typically, getting in the news is the hard part for marketers,” says Rubin. “At The Times, we can’t get out of it.”

But perhaps the most unique challenge Rubin faces is that unlike the social network Pinterest or some of the other companies he’s worked at where marketing drives the business, at The Times it doesn’t. At a consumer products company, for instance, the discussion is over how and in what form to market a product. At The Times, however, the conversation is over whether and how much to market, if at all.

Chief marketing officers used to have a pretty simple mandate: grow the business and strengthen the brand. But these days, what makes a CMO effective has never been more open to interpretation. Now that technology can effectively track a person’s first interaction with a brand all the way to final sale, CEOs want to see a correlation between dollars spent and dollars made right away, even though the fruits of all-important brand building are realized over time. The rise of social media means marketers must manage a world where people are sharing information, both positive and negative, about their brand constantly. Customers are willing to give marketers their data for a personalized experience, but at the same time they don’t trust marketers to safeguard their privacy. Taken together, these factors have fundamentally shifted the success paradigm for CMOs. And, to top it all off, budgets are getting tighter as corporations begin to rein in marketing spending as the global economy slows down.

It’s a lot for CMOs to handle, and their bosses aren’t showing much patience. CMOs have the shortest job tenure among C-suite executives, an average of 43 months (CEOs have about six years). “CMO tenure can be short, so it’s imperative for CMOs to raise the profile of marketing in the eyes of the CEO and board by demonstrating its return on investment early and often,” says Zach Peikon, a principal in Korn Ferry’s Marketing Officers practice.

“Far too often marketers talk about results in terms of marketing results.”

Being able to successfully execute that new mandate takes a different type of CMO. Indeed, these days, Burger King CMO Fernando Machado may be “the most loved CMO in advertising,” according to the digital media magazine Digiday, but he didn’t major in either advertising or marketing in college. Machado started as a mechanical engineer and worked in quality assurance in one of Unilever’s factories in Brazil. But a seminar presented by the consumer product firm’s marketing team piqued his curiosity. He got into Unilever’s management trainee program in marketing, and during the course of 10 years with Unilever he held various regional and global brand development roles for some of the company’s most popular products, including Dove and Vaseline. “I learned everything through training and development at Unilever,” says Machado. “Consumer products make for an amazing marketing school.”

Machado, now the CMO at Burger King, believes that the best CMOs will have a variety of skills, including adaptability, learning agility (i.e., the ability to garner insight from experience and apply it to new situations), strategic thinking, vision, an appetite for risk, and a tolerance for ambiguity. Most of all, however, marketing professionals have to be curious.

“The most effective CMOs have a mix of left brain and right brain,” says Korn Ferry’s Peikon. “They are highly analytical and creative at the same time.” To be sure, effective marketing now is as much about financial management, accountability, and metrics as it is about brand building. The amount of buzz a campaign created for a brand only goes so far—CEOs want to know how much revenue growth the campaign drove. CMOs are expected to creatively apply insights to business challenges, validate decisions with data, create seamless customer experiences across media and revenue channels, and lead efforts to put the customer at the center throughout the organization.

“Far too often marketers talk about results in terms of marketing results,” says Caren Fleit, a managing director and leader of Korn Ferry’s Global Marketing Officers practice, pointing to metrics like awareness or brand health. “But what they need to do is demonstrate marketing’s effectiveness by connecting activities to revenue and other measures that speak to overall business performance.”

CEOs want to see hard data on how marketing dollars are translating into revenue growth.

The best CMOs can operate in dualities, balancing short- and long-term thinking, art and science, and innovation versus risk.

The marketing environment is in constant flux. CMOs need to be able to learn on the fly and apply new approaches to current roles and situations in real time.

Getting alignment and being aligned

The relationship between the CEO and CMO is of utmost importance. But the most successful CMOs are able to manage not only up and down but also sideways with other C-suite leaders.

Machado has to sell more Whoppers, of course, but he has also placed Burger King at the center of social issues such as LGBTQ rights, net neutrality, and bullying in school. Effective marketing, he says, is about being able to navigate dualities. “Marketers have to deliver short-term results, otherwise they won’t survive too long. But in order to keep the brand relevant they need to have a long-term vision and be able to steer the organization in that direction,” says Machado. CMOs, he adds, need to keep the balance sheet healthy while taking risks, and they need to know when to follow the data and when to follow their gut with creative decisions.

That’s why Machado says a background in consumer products is the best training ground for developing effective marketing leaders. “CPG offers talent the most balanced, well-rounded way to see every single element of marketing,” Machado says.

“The most effective CMOs have a mix of left brain and right brain. They are highly analytical and creative at the same time.”

On National Taco Day in October, the Austin-based restaurant chain Torchy’s Tacos, unlike most other taco chains, did not give away free food. Instead, the business gave one dollar to the Make-A-Wish Foundation for every taco sold. While free tacos may have resulted in a bigger sales day for Torchy’s, analyzing customer data told CMO Scott Hudler that having social impact was more important to creating lasting relationships. “Our customers would rather pay full price and have money donated to a charity than get a free taco,” says Hudler.

With plans to expand to around 170 restaurants by 2023, developing a loyal customer base is critical to driving long- term growth for the upstart regional chain, as it is for every company. The challenge for Hudler, however, is that Torchy’s doesn’t have a huge marketing budget to work with, at least not in comparison to larger competitors such as Taco Bell and Chipotle. It isn’t the size of the budget that matters, however. Rather, what matters is how the funds are deployed by the CMO. “If activities are translated successfully, CMOs can change the view of marketing from a cost center to a revenue generator,” says Korn Ferry’s Fleit.

For Hudler, that means being more strategic about what priorities to focus on and more selective in where to take risks and experiment. Hudler’s marketing budget at Torchy’s, for instance, is a small fraction of those at brands where he’s previously worked, like Mars Inc., Dick’s Sporting Goods, and Dunkin Brands. So instead of spending millions on a major spray-and- play television campaign, he compensates with a lot of social media and digital advertising, which is not only cheaper but also where Torchy’s customers spend most of their time.

“Our bandwidth is a lot tighter, so we have to focus on the have-to-dos rather than the nice-to-dos,” says Hudler. “It gives us a different perspective on what we need to do to be effective."

Like Torchy’s, The Times doesn’t have a huge marketing budget either. What The Times does have, however, is excellent name recognition. The combination of a small marketing budget relative to its brand awareness means The Times’ Rubin has to take calculated risks to stand out while not going too far out on a limb to damage the brand’s reputation. “Our brand is a real differentiator, so how we define who we are and what we stand for is really important,” he says. “At the same time, there are billions of permutations of our content that people could be interacting with, and each journey develops a different view for the end user.”

Rubin says effectiveness in his role is creating a narrative thread that makes people “feel the difference” that The Times brings to the news, and creates a demand for them to subscribe because of it. More concretely, that means looking at engagement metrics such as whether readers are coming directly to one of The Times’ properties (e.g., the website, mobile app, Cooking or Crosswords apps, etc.) or from Facebook or another platform. It also means analyzing whether readers are registering and logging in when they get to The Times or reading anonymously, how often readers are coming and how long they stay, and, most importantly, if they end up subscribing.

On that last metric, “The Truth Is Hard” and subsequent marketing campaigns Rubin and his team created can at least claim partial credit; The Times’ subscriber growth is soaring, approaching a record high of almost 5 million paying readers.