How to use the constructive criticism you got in your review to advance your career. 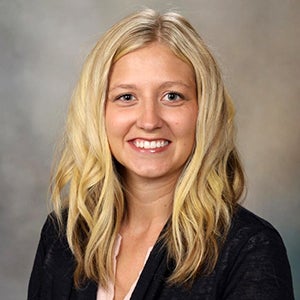 It's a workforce rite of passage - a review of your performance by your manager. Since it's the beginning of the year, it's likely you're one of the millions of employees who just had one or are about to get one.

What did you do with the feedback your manager gave you the last time you had a review? Did you ignore it and move on, or did you consider how to use it to get ahead? A recent poll finds that only 14% of employees strongly agree that a performance review inspires them to improve.

That’s a problem. “Accepting and taking action on manager feedback could separate you from colleagues and show that you have the potential to be a leader,” says Korn Ferry Advance coach Soha Emam. Feedback is often about your blind spots, says Korn Ferry Advance coach Tiffinee Swanson. “If you’re not willing to work on those blind spots, it gives the impression that you don’t believe you need to improve, and employers will see that as a detriment,” she says.

So how can you turn feedback to your advantage? Here are some expert tips.

It’s not uncommon for a manager to suggest you learn a new skill or earn a certification if you want to move to the next level in your career. “Look at it as an opportunity to grow rather than feedback that you’re doing something wrong,” Swanson says. Recognize that your manager knows more than you do about upcoming projects and organizational strategy, she says. Your supervisor might help you prepare for a new opportunity that requires proficiency in a new skill, such as analytics or a Project Management Professional certification, she says.

You can close a skills gap by offering to lead on a new project that would allow you to develop and demonstrate a new expertise, or by participating in an internal or external training program or course.

Being told by your manager that you need to be more professional or that you need to improve your business communications can sound vague and might leave you wondering what exactly you are doing wrong, says Korn Ferry Advance coach Sondra Levitt. Rather than ignoring this feedback, ask your manager for clarification and advice.

For instance, Levitt says, you could ask your boss for an example of a time you didn’t handle a situation professionally: What could you have done differently? Ask your manager if there is a colleague you can observe and learn from who exemplifies professionalism, she says. Consider asking your manager to observe you during a meeting and give you immediate feedback on your communication skills.

If your manager tells you that you need to take a leading role with your team or on a project, it indicates they have confidence in your abilities, Levitt says. Rather than brush off that comment, take the initiative and let your boss know you want to volunteer to lead the next team project. “You could also work with a coach to develop your leadership skills and an understanding of what leadership capabilities are most valuable to your organization or team,” she says.

New managers often fall into the trap of micromanaging their staff. But empowering your staff to make decisions is an important leadership skill, Swanson says. If your manager says you should delegate more tasks, start out small and build trust with your staff. “For instance, ask staff to take the lead on tasks that would not be detrimental to a business outcome,” Swanson says. Or ask several trusted staff members to make a few low-risk decisions. Then, as their manager, sign off on their decisions rather than weighing in on the decision-making process, she says.