Are Some Goals Just Too Big?

Big players like Musk and Dyson continue to set ambitious goals, but workforces can have mixed reactions. 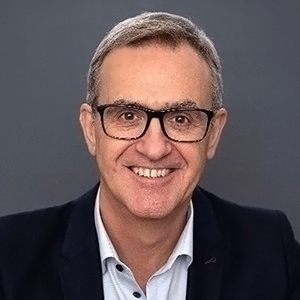 There are some leaders who think moonshot ideas are not ambitious enough, literally.

Recently, Elon Musk, CEO of automaker Tesla and aerospace company Space-X, declared that he wants to put humans on Mars in less than a decade. Around the same time, James Dyson, innovator of vacuum cleaners, fans, and a host of other appliances, announced that his firm will develop and introduce an electric car by 2020.

Both targets will cost a large fortune and may not turn out to be even feasible, let alone financially successful. It begs the question: should leaders set outsized goals for their workforce? It has the edge of inspiring teams, but can also divert attention and waste resources. Richard Emerton, Korn Ferry managing partner of Board & CEO Services, EMEA, offers two views:

The benefit of a big goal is that it defines the direction of a company. “It gives you a north star by which to guide your entire organization,” says Emerton. Sure, there might be setbacks along the way, but a grand goal can help keep workers energized and the organization’s momentum going forward. “Think about Dyson: He had a vision of a vacuum cleaner that would do what it was meant to do,” says Emerton. “He had to deal with patent infringement and the competition trying to end his efforts.” In that case, the goal helped keep Dyson, and his team, on track and pointing in the right direction.

An outsized also can help define the values of a company. Emerton points to the spectacular turnaround of the toy company Lego. “What I really care about is the product – and children’s development,” says Jorgen Knudstorp, the former Lego CEO. “Our purpose is to make a difference in children’s lives by giving them wonderful play experiences, and bringing this experience to every child on  the planet." To Knudstorp, the goal wasn’t to make money (although that was necessary) but to help kids. Having such a view that permeated the company culture clearly helped align everyone from top to bottom, Emerton says.

Of course, not all big goals are necessarily worthwhile pursuing and some could be foolhardy. Emerton recalls discussing risks with a CEO of a financial services company. “Risk? I’ll take any risk and bet anything on it,” the CEO said.

The problem is that all goals have uncertain outcomes and that with some of these ambitions there is a possibility that the entire organization is jeopardized. In simple terms, when you bet the farm, sometimes you can lose the farm.

It is also true, that Musk and Dyson are not normal in the world of business. “The counter-argument to people like Dyson and Musk is that there are many more entrepreneurs who never made it,” says Emerton.

In other words, there are plenty of day dreamers with outsized plans who never amount to a whole lot.