Apple, With Billions to Spare

Apple reveals that it still has an enormous cash stockpile, and it isn’t alone. Do firms need a new breed of CFO to figure out their next big moves? 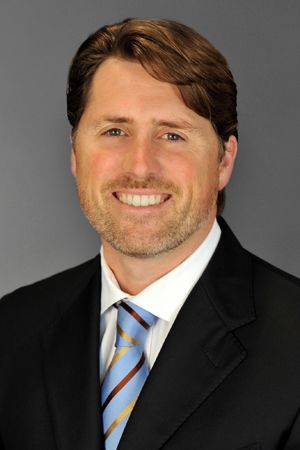 Apple just reminded the world about the high-class challenge that it and many other US multinational firms face: what to do with all that cash.

In releasing its quarterly earnings this week, Apple also disclosed that it has $267 billion cash on its balance sheet; down slightly from last quarter but still eye-popping. Other tech giants including Google, Microsoft, Cisco Systems, and Oracle are also sitting on a mountain of cash, most of which is held overseas.

But now comes the interesting part—spending it, which more firms will need to do. Sweeping changes to the US tax code signed into law late last year are expected to encourage US companies to “repatriate” profits held abroad and use the money for acquisitions, business expansion, or even dividend hikes and share buybacks.

Suddenly, the stakes seem higher for executives tasked with the job of making capital-allocation decisions. Or as Kristine Langdon, a senior client partner with Korn Ferry’s Financial Officer practice, says, “Now that companies have been successful in generating cash, where should they put it?”

Langdon believes that changing times call for a new type of chief financial officer—men and women who are particularly adept at making dispassionate decisions about where capital gets the best return. That means culling future CFOs from the ranks of private-equity firms and diversified investment firms rather than just relying on chief accounting officers and others from a more traditional financial accounting background.

Case in point, she adds, is the recent decision by Seaspan, the world’s largest container-ship leasing firm, to hire 29-year-old Ryan Courson to become the company’s next CFO. Before joining Seaspan in March as senior vice president of corporate development, Courson spent three years at Falcon Edge Capital, a diversified investment firm with more than $3 billion in assets under management. (In an interview with The Wall Street Journal, Courson said of his former job: “Every day you wake up and make capital allocation decisions.”)

Last September, Kraft Heinz, the global food giant, turned to a private-equity pro—David Knopf, a partner with 3G Capital, the Brazilian private equity firm with a controlling stake in Kraft Heinz—to become its chief financial officer. Langdon suspects other firms will resist such shifts at first. “But the data shows that the best return on capital allocation comes from people who can make bold moves,” she says.

Whoever ends up in charge, Jamen Graves, a Korn Ferry senior partner who handles Apple’s global executive coaching needs, suggests that cash-rich companies seeking to put money to work go beyond the most predictable investments, such as corporate acquisitions or share buybacks. They should also make the kind of investments that lead to a more innovative culture, which could result in the next hot product.

“Having all this cash provides such great opportunity to invest into a people strategy that nurtures and develops and inspires creative talent within the company,” he says.