Fewer than half of India’s firms have identified potential future CEOs. A new Korn Ferry report highlights how boards in India, or anywhere else, can improve. 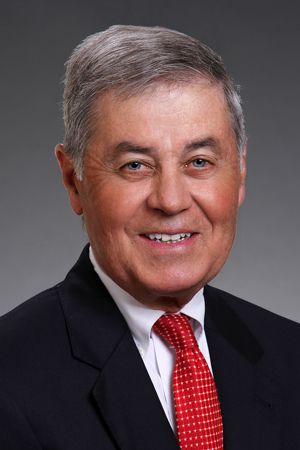 Recently the board of directors at a large India-based manufacturing firm identified three internal executives as potential future CEOs and began actively mentoring them. It’s a practice that great boards around the world do routinely. The only problem, it was the first time for the decades-old Indian firm.

India’s economy is certainly booming now. The world’s 2nd most populous country’s GDP is growing at an annual 7.1% clip, the fastest rate of any major economy. India’s business leaders are increasingly recognizing that in order to sustain their organizations they need to improve how their firms are governed. However, while some firms have already taken bold steps to improve, many others have a long way to go.

Fewer than half of the boards of India’s largest firms say they’ve identified successors for top leadership positions, according to “Boards That Lead,” a new survey from Korn Ferry and The National Stock Exchange of India. At the same time, only 45% said the board ensures a rigorous CEO succession. “When CEO succession is not viewed as a progressive and planned out move, the focus of the board tends to be on replacing the current CEO rather than on the long-term vision of developing a multi-generational leadership bench,” says Monica Agrawal, co-head of Korn Ferry’s Board Services practice in India.

Experts say that CEO succession is the most important job of the board and should, ideally, be supported by a strong and transparent succession process with the board overseeing and having input along the way. “Everything becomes much easier for the board if it gets this right,” says Robert Hallagan, a Korn Ferry vice chairman and co-Leader of the firm’s Board & CEO Services practice.

However, less than half of the companies surveyed reported that this happens. The results varied widely, with more than 80% of financial firms saying their boards ensure a rigorous succession process while fewer than one third of life sciences firms saying it happens.

Regardless of the current CEO’s tenure, directors should be mentoring high-performing internal candidates, experts say. Directors should review the talent pool annually and get regular updates on the performance of the top three levels of management.

The other issue the new report highlights--strengthening the role of independent board directors--has been on the minds of much of corporate India for nearly a decade. The massive accounting fraud at Satyam Computer Services in 2009, sometimes called “India’s Enron,” exposed how board members who were supposed to be independent were not acting in the best interest of shareholders. In 2013, India empowered independent directors while also increasing their liability for any corporate malfeasance.

However, only 61% of companies surveyed say they have a nominations committee vetting and selecting independent directors. The rest are picked by a combination of CEO interviews or recommendations from other corporate insiders. India’s tech and industrial sectors, in particular, lag behind in having a systematic process. “A truly effective board of directors has the competencies, expertise and courage to address the organization’s biggest challenges,” says Dennis Carey, a Korn Ferry vice chairman and co-leader of the firm’s Board Services practice. “It starts with recruiting the right board talent and continues through evaluation and enhancement of current board competencies.”

Board experts say that identifying key skill requirements and using a robust selection process is critical to create a high-performing board. The best independent directors, these experts say, will have integrity, international experience, and the ability to voice their opinion and be heard. The high-performing Indian boards Korn Ferry spoke with revealed that they look to independent directors to fill in critical gaps in the overall capability of the board. Indeed, top boards in India and around the world are increasingly seeking out directors who have experience in M&A, culture building, and digital transformation.