For the first time in ages, Chick-fil-A adds a new menu item—mac & cheese. The pros and cons of being slow to change. 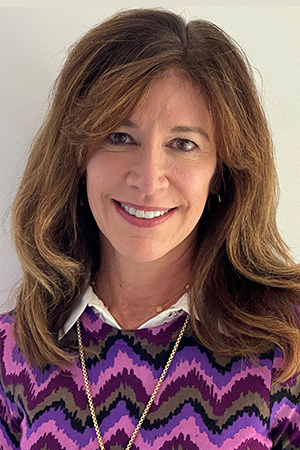 Chicken, chicken, more chicken, and waffle fries. By all means, Chick-fil-A’s menu is slim and simple—and wildly popular with fast-food diners across the United States. But this week, the Atlanta-based chain decided to shake things up by adding a new menu item for the first time in three years.

On Monday, Chick-fil-A rolled out its new mac-and-cheese side dish in a soft launch across all its US stores. The new item, which has already drawn large crowds, is a permanent addition to the side menu, representing a rare move for the popular restaurant, which hasn’t updated its line of offerings since 2016. And, experts say, fast-food-chain leaders can no longer to stand pat—even when business is steady.

“Twenty years ago, leaders would have said, ‘If it’s not broke, don’t fix it,’” says Dave Rossi, senior client partner and lead of Korn Ferry’s Global Industrial Manufacturing Advisory practice. “Now, successful leaders look at something and say, ‘What’s next?’”

Chick-fil-A isn’t the only fast-food chain to shake things up in recent months. Burger King and McDonald’s have also made significant changes to their menus in hopes of capturing new segments in an increasingly competitive and saturated market. And thanks to its new fresh-meat Quarter Pounder, McDonald’s gained market share in burger sales for the first time in five years.

But, unlike its competitors, Chick-fil-A didn’t make the change out of necessity, experts say. The company is now the country’s third-largest restaurant chain—a non-mall franchise that brings in nearly $6 million in average sales, according to financial documents. It’s beaten only by Starbucks and McDonald’s in annual US revenue, but those companies also have considerably more locations in the United States. “This is a natural complement to the chicken sandwich, but leadership isn’t resting on its laurels,” says Peri Hansen, senior client partner at Korn Ferry and a member of the firm’s Global Consumer Market practice.

In broader terms, adding mac and cheese as a permanent menu item isn’t particularly disruptive to the market, says Jean-Marc Laouchez, president of the Korn Ferry Institute. Fast-food joints often add new products to satiate their customers, although Chick-fil-A does so at a far slower pace. But Chick-fil-A’s move does show how organizations can leverage their existing brand to keep customers interested, and still give competitors a run for their money, says Laouchez. “Even if you don’t come with new technology, you can still disrupt entrenched incumbents,” he says.

For her part, Hansen agrees. Mac and cheese, she says, is a logical extension for the Chick-fil-A brand. The dish, like many items on Chick-fil-A’s core menu, is comfort food that appeals to everyone. “They know who they are and they know who they serve,” she says. “They stay true to that.”

Still, the move is a relatively bold one for the company, aimed at challenging its own growth. “In a model that is proven to be successful and stable, they’ve now introduced some risk,” Rossi says. “It could give them a new agile capability that the organization may not have had.”