How to face tough questions from Congress--or any other angry audience. 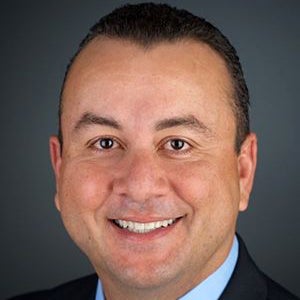 You don’t have to be Jared Kushner to be called on the carpet.

Being forced to answer tough questions from angry stakeholders happens to almost every leader at some point in his or her professional life. There’s a controversy, bad news or a mistake, and you get called on to explain what happened and why, usually in person. And while the people demanding answers may not be members of Congress, your career may still well be in jeopardy.

Experts say there are several things leaders should know before they find themselves in the hot seat. “Crises do happen naturally in the course of leading and managing,” says John Amer, senior client partner in Korn Ferry’s Legal and Compliance practice. “Being prepared means anticipating how the organization and its leaders will respond.”

Amer says the first step is to expect at some point that leaders will have to answer for something. Even organizations that identify and mitigate risks proactively must have crisis management plans in place because trouble, unfortunately, can never be completely avoided. Anything an organization does involves risk, and its leaders must be prepared to explain the rationale and results—including what went wrong, if things don’t turn out as planned—to the board, analysts, shareholders, and employees. When something does happen, leaders need to know their audience. In large organizations, it falls to the general counsel to play the role of crisis manager, but a leader needs to know which stakeholders will be talkative, which will have an agenda, and which may have major influence on others.

Leaders also have to embrace transparency and integrity when they’re in the hot seat, Amer says. “Leaders have to gather the facts as quickly and as accurately as possible. Otherwise, the situation can mushroom. Part of the fact-gathering is also dispelling rumors and inaccurate information. Indeed, transparency is paramount.  Employees, customers and other stakeholders need to have the confidence that their organization has an honest spokesperson at the helm, one who is protecting the best interest of everything the organization has built over the years—especially its reputation.

Perhaps the biggest challenge for leaders is find the courage to take ownership for what happened, rather than fixing blame on others. Such behaviors reveal the emotional intelligence of leaders, who are able to control their negative feelings when they’re thrust into the hot seat and suddenly answerable to their bosses, the board, or external stakeholders. Emotional intelligence allows them to stay centered, concentrate on what matters, and respond effectively. “Rather than being defensive or just trying to explain things away, leaders need to offer solutions,” Amer added. “The solutions also need to be put in place as quickly and effectively as possible.”

Facing the occasional crisis may be unavoidable, particularly for large and complex organizations, but when leaders are prepared for what could occur, the ramifications are usually reduced—and the hot seat is likely to be much more bearable.