Budweiser Asia’s trading debut has been a bright spot in a year marked by surprisingly shaky IPOs. 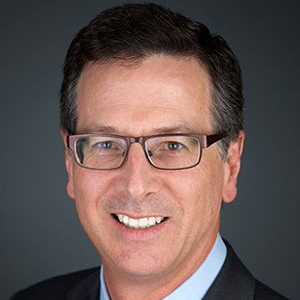 It seems everyone loves an ice-cold Bud, including investors.

Months after calling off a $10 billion IPO attempt, Budweiser Asia, Anheuser-Busch InBev’s Asian operations, watched its shares rise in its market debut on the Hong Kong stock exchange Monday. The company’s shares opened just above its IPO price after it raised $5 billion from the share sale, making it the world’s second-largest IPO so far this year.

The success of Budweiser Asia’s trading debut is in striking contrast to the recent rash of poor-performing IPOs. Over the past year, several big-name start-ups failed to deliver after going public, despite the surrounding hype, and have only seen their shares tank ever since. In some cases, they’ve fallen well below their initial price.

Shares for Anheuser-Busch InBev’s Asia unit, on the other hand, closed at about 4.4% higher than its IPO price of $3.44 USD (or $27 HKD). “When you’ve got this flood of IPOs trying to come into the market and the dynamics of these high-flyers that have been faltering,” says Richard Marshall, global managing director of Korn Ferry’s Corporate Affairs practice, “that’s what makes the contrast particularly interesting.”

Nowadays, leadership, share structure, business models, and social impact all play into whether or not investors will buy into the hype—literally. Before, investors would funnel money into hyped-up publicly traded companies without poking too many holes, according to Marshall. But changing values and demographic shifts have, in part, caused shareholders to scrutinize IPOs more closely. “Investors are now more cautious,” he says.

Now, investors want to see a clear pathway to profitability, he says. What’s more, they want to know that the team behind the visionary leaders who are running these once-lionized start-ups are managing the day-to-day business well. “Numbers matter now more than ever,” Marshall says. “It’s not just about an innovative product or service anymore. They want to know they’re investing in something that’s sustainable.” Indeed, many of those disruptors with disastrous IPOs have been hemorrhaging cash, while Budweiser sales rose by 10% outside of the United States in 2018.

Still, there can be exceptions to the rule. Plant-based burger company Beyond Meat, for example, has reported losses, but its stock price continues to soar months after its market debut earlier this year. Much of that success has to do with what investors see in the future and how large the potential market will be, says Chris Von Der Ahe, senior client partner in Korn Ferry’s Consumer Markets practice. "Before backing a company, investors want to know if you have a market that is compelling and will continue to grow,” he adds. Sales of substitute meat products have more than tripled over the past year and analyst predict they'll continue to grow considerably for the next several years.

But the spate of IPO flops has also left business leaders questioning the entire system for initial public offerings. In fact, hundreds of venture capitalists and executives met in Silicon Valley on Tuesday to discuss overhauling the current IPO model. One alternative strategy: switch to direct listings, which would cut out the banking middleman that investors claim systematically undervalues shares.

Still, whether it’s the model or the business, a faltering IPO is “not a death sentence” for a company, Marshall says. “But it puts more pressure on management and leadership to prove results,” he adds.

In other words, leadership would need to show a track record of success by meeting or beating their numbers, quarter after quarter. “It all boils down to performance,” Marshall says. “If you deliver on your promises, you’ll gain the confidence of investors.”