The number of working mothers is nearly back to pre-pandemic levels, but experts worry organizations aren’t getting them the right opportunities. 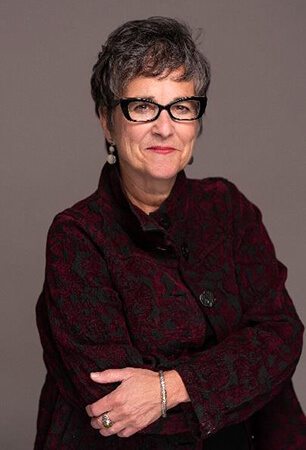 Could the “she-cession” be near an end?

The pandemic-induced recession sent millions of people into unemployment, but it has been harder on women in general and mothers in particular. More than 3.5 million moms with school-age children left the workforce, either because they lost their jobs or because they quit to take care of loved ones. Now, according to new data from the US Census Bureau, the unemployment rate for these same moms is 6%, nearly half the 13.9% rate reported in April 2020.

Government statisticians credit the bounce to the pandemic easing. Many children have gone back to school at least a few times a week, while the number of people now getting sick from COVID-19 has fallen rapidly. Unemployment for mothers fell more sharply, and has bounced back faster, than for fathers, according to government data.

But while it’s positive that women have been able to return to work, experts worry that either the jobs aren’t ideal or that companies hiring women aren’t doing enough to restore their career paths. “Women know it’s harder to return the longer they’re out of the workforce,” says Beatrice Grech-Cumbo, a senior partner with Korn Ferry Advisory. “The longer women are out of the workforce, the more challenging it is to return to an equal or greater stature. Men don’t have that challenge.”

The uneven job market illustrates both the highs and the lows of women trying to not only find gainful employment but also attain leadership positions. A new Korn Ferry study reveals women now make up 39% of all US executives, a 7% increase from four years ago. But while multiple milestones have been set at the top of the corporate ladder, including currently having 31 female CEOs in the Fortune 500, the damage done below the top rung has experts worried. Nearly two-thirds of senior-level mothers have been unable to “perform optimally” or have revised their career goals during the pandemic, according to Catalyst, a women’s leadership research group.

Even before the pandemic, women who left the workforce for some time and returned did not necessarily get back into roles befitting of their prior work experience. Instead, experts say these returning women more likely would come back as individual contributors or middle managers and have to work their way back up to upper management and the C-suite—and have fewer years than their younger coworkers to make that climb. Indeed, there’s a sense that history may be repeating. The share of unemployed female job seekers willing to switch industries or functions has climbed to 80% in February, up from 72% four months earlier, according to a new LinkedIn poll. By contrast, male counterparts’ willingness to consider an industry switch has remained flat at 74%.

Worse, there’s a stigma among some male executives that women, by taking time away from the workplace, had it easier during the pandemic. A client recently told Jane Stevenson, a Korn Ferry vice chair and global leader of the firm’s CEO Succession practice, that the client’s CEO told colleagues he was “mad that women haven’t carried their weight during the pandemic,” Stevenson says.

Experts say organizations should be cognizant of what many women, particularly mothers, went through during the pandemic. Some companies have been offering flextime that properly addresses the multiple issues many female leaders or high-potential women are dealing with at home, such as having childcare only a few days a week. Those benefits, in addition to expanding caregiving leave and stipends and bolstering mentorship and sponsorship programs, should become permanent rather than disappearing once the virus does. “We’re at a unique juncture that could create a shift in the way we approach the future,” Stevenson says.

Returning women themselves should also not settle for whatever is offered. By leaving the workforce over the last 12 months, many have lost out on retirement contributions, promotions, or raises. At the same time, by staying with one employer before the pandemic, many women might not have maximized their earnings potential. Evelyn Orr, chief operating officer of the Korn Ferry Institute, recommends that women should both research the going market rate for their potential new role and negotiate with their potential employers about ways to recoup some of those losses. “The point of rejoining is the greatest point of leverage you will ever have,” she says.