Office Leases: A Game of Chicken

Despite predictions, landlords and tenants haven’t been rushing to renegotiate leases. Why that’s a big gamble for both sides. 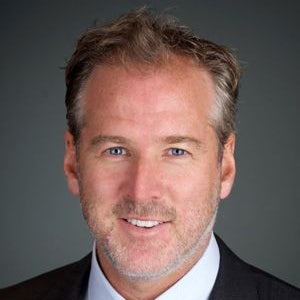 Turns out office real estate isn’t as dead as people thought—at least not yet.

Despite widespread assumptions that companies would tear up leases and landlords would offer concessions, neither side has taken any major step in the past year and a half, amid the COVID-19 pandemic. Instead, both took a wait-and-see approach that shifted slightly as COVID cases eased earlier this year but may shift again in response to the emerging delta variant. “Right now, landlords and tenants are playing a slow-motion game of chicken,” says Robert Mayes, a senior client in Korn Ferry’s Real Estate practice.

According to a recent report, office leases across the United States increased, on average, 0.4% through June. On a square-footage basis, rents have steadily increased throughout the year, coming in most recently at just under $39 per square foot. More telling is that office vacancy rates have held steady at around 15% nationwide. Mayes calls it an “extend and pretend” approach for both tenants and landlords.

Part of the reason for the slow movement is that most companies still aren’t sure how remote work will impact their office space needs. Many are going through an exhaustive evaluation of each position, categorizing them as in-office, fully remote, or hybrid. In some places, conditions are easing at such an accelerated rate—there are no masks, social distancing, or other restrictions in place at the MetLife building in New York, for instance—that people are returning to the office sooner and in greater numbers than expected just a few months ago. Based on access-card swipes tracked by the security firm Kastle Systems, for instance, the average office occupancy rate in the 10 largest US cities is currently just shy of 35%, up from 24% in February. With many companies publicly announcing reopening plans for September, that figure is only expected to grow.

At the same time, however, the surging delta variant and the new mask mandates in some places are causing companies to delay their return-to-office plans. With so much uncertainty around where restrictions are easing versus tightening, both landlords and tenants are content to play the waiting game, says Darin White Eydenberg, global head of real estate private equity for Korn Ferry. “There’s no point in renegotiating now if you aren’t sure how much space you need,” she says.

For many landlords and tenants, it’s also too early in the lease life to start renegotiating terms, says Anthony LoPinto, Korn Ferry’s global sector leader for real estate. Most office leases are long-term—at least five years and as many as 15 years—and landlords stagger them so they don’t all come up for renewal at once. As a result, he says, the impact on the market will be drawn out over the next few years as leases expire and turn over. “Think of it as a ripple effect instead of a tsunami,” says LoPinto.

Some of those ripple effects are already starting to be seen. Acquisitions of office properties are down 15% year-over-year through June, according to the National Association of Realtors, suggesting that investors are taking a cautious approach. Nearly three-quarters of the NAR members polled say that companies signing new leases are moving into spaces with smaller square footage based on their size than in years past.

Mayes expects that trend to continue, with landlords and tenants likely working out mutually beneficial deals that downsize space but cover longer periods of time. For now, however, both sides are happy to keep the status quo—or at least the appearance of it. “The silence from both sides is probably a strategy,” says Mayes.