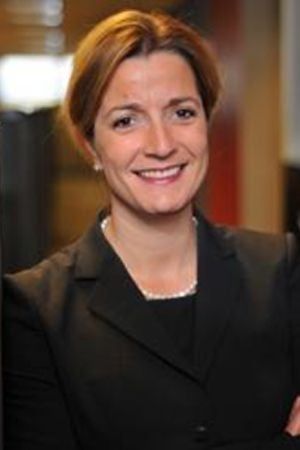 It’s the lament of nearly every organization these days—there aren’t enough workers to hire. But a recent jobs report may offer an idea: the mounting surplus of older workers.

According to the most recent US Bureau of Labor stats, about 27% percent of Americans over age 65 are still working—a remarkable 10 percentage point jump from 1996. And the pool keeps growing. Even people at ages once considered elderly are staying on the job. Nearly 9% of people age 75 or over are still working, almost twice the rate in 1998. Other developed countries sport similar figures.

Still, organizations, for reasons good or bad, tend to turn to younger workers, who are perceived to be more agile and cheaper to hire, and studies show older workers are being turned away. “There’s a perception that baby boomers are moving out to pasture. But you can get a lot of bang for your buck,” says Courtney Cook, a Korn Ferry senior client partner and the firm’s vice president of strategic development in North America.

To be sure, some boomers have to work because they don’t have enough savings to fund a retirement. But others, experts say, continue to surprise by wanting to work. “There’s a sense of purpose you miss once you retire,” Cook says. Not surprisingly, the social aspect of working can be appealing, whether it’s collaborating with colleagues, mentoring younger workers, or just talking with other people.

Older workers aren’t necessarily fit for every role, of course. Experts say organizations first have to ask themselves what are the traits they need for particular roles. Like all workers, veteran employees may want more flexibility, but can also bring more stability to the role than younger workers.

On the flip side, companies have to figure out what benefits might attract older workers to a role. The equation can be trickier than it seems. In general, though, many firms have found that flexible working environments, much more than total compensation, is essential to winning over older workers. Indeed, many workers are looking for part-time roles with little stress, says Jacob Zabkowicz, vice president and general manager for Korn Ferry’s global RPO business.

Zabkowicz says one Korn Ferry client in the Atlanta area was looking for candidates who could drive vintage vehicles short distances several hours a week. The client looked at hiring younger workers but then began looking at the large group of workers older than 70 in the area. “We had a lot of retirees who wanted to work 10 to 15 hours a week and drive cool cars. It was a great candidate pool,” he says.