For Retail, a Day of Reckoning

Retail CHROs are under pressure to find leaders in the challenged industry; a new Korn Ferry white paper. 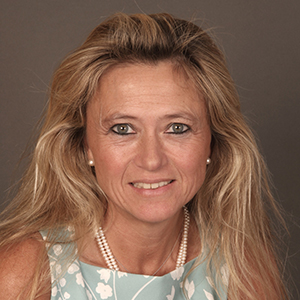 First retailers moved from having a single downtown department store to having big box buildings in shopping malls.  Then most of the big retailers found themselves racing to catch up on e-commerce business. But a new Korn Ferry paper suggests that much of the work in retail is still ahead: a sweeping talent makeover.

According to the report, which interviews seven retail chief human resource officers from around the world, industry officials realize now believe that they need to find the right talent up and down the organization to thrive in the challenging times facing the industry. According to the CHROs, not only are CHROs being tasked with finding top talent traditional areas such as merchandising and logistics, but they’re also being asked to find tech-savvy new recruits and also creating environments where employees can—and want to—learn new skills. In many cases, retail CHROs are competing for talent against the likes of Google and Apple, says Denise Kramp, Korn Ferry’s North American Retail Sector leader.

Kramp, along with colleagues Alrik Boonstra and Sarah Lim, interviewed CHROs from retailers across the world for their new report “In the eye of the retail storm.” They found that CHROs are having to build closer relationships with other c-suite executives to ensure that the retailer’s talent strategy aligns with the firm’s business strategy. “The CHRO and CEO must be aligned,” Maria Martinez chief human resource officer at HSN, Inc., owner Home Shopping Network, says in the report. “If they have different views on talent and development, it could lead to different messaging about what’s important to the organization, and that could lead to organizational dysfunction.”

CHROs are also looking for talent that can make a consumer’s life easier. Even if a shopper isn’t going online to buy, he or she is often using a mobile device to learn more about a product. In turn, consumers want their actual store experience to be more pleasant, convenient, and efficient. In Asia, for instance, it’s making The Dairy Farm Group, a $17 billion enterprise in 11 countries, rethink the types of stores it has. “People don’t want to spend time driving to a larger store and finding a parking space when they can walk to the corner for what they need right now,” Tong-wen Zhao, group human resources director of The Dairy Farm Group, says in the report.

As the retail experience changes, so does the talent profile of the executives. Zhao says that The Dairy Farm has replaced a large number of senior executives with new leaders that had consumer experience, but not necessarily a retail background. Many of the CHROs said that it’s key to develop young retail talent, particularly those in technology jobs, into well-rounded leaders quickly. “A lot of the best and brightest kids want to go into pure play digital,” says Brynn Evanson, CHRO at JC Penney. “But some students are very interested in retail. We show them a career path in digital, but tell them they’ll learn about the broader business. That appeals to some.”

While the industry may be undergoing tremendous change, it is still growing. In 2016, total retail sales across the globe topped $22 trillion, up 6 percent from the previous year, and sales will top $27 trillion in 2020, according to industry forecaster eMarketer. All that growth isn’t just going to Amazon, either, as brick-and-mortar retailers not only expand their e-commerce business but also are using innovative ways to get people who enjoy shopping in-store to spend more.