The Case for an Unplugged Boardroom 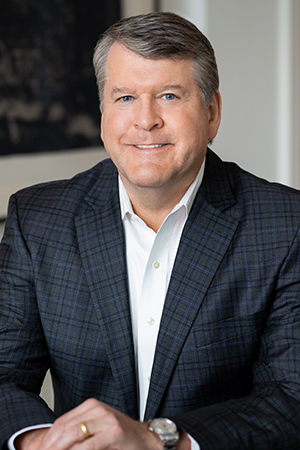 Lee Esler is the leader of Board and CEO Services for Korn Ferry’s Global Technology practice.

The unsolicited takeover offer arrived on Friday night, with a warning that the offer would become public Monday morning. Texts, emails and calls immediately went out to the target company’s board of directors to hastily arrange a meeting to discuss a response. A video conference was set for Sunday afternoon, so the directors, scattered around the world, could discuss the offer. But when it came time for the meeting, the video link kept freezing and the audio kept fading in and out, causing the remote directors to miss key parts of the discussion.

Unfortunately, this is not an uncommon scenario — the failing technology part, that is. For all the convenience and efficiency technology provides the modern boardroom, there’s no doubt that it also adds a layer of complexity to group performance, team cohesion and communication among directors.

New apps, devices and software have unequivocally positively impacted workflow and capacity among boards, of course. Indeed, one day we may see artificial intelligence being used by board members to help make critical corporate decisions. But, when it comes to team cohesion among the full board and its role in determining strategic goals, risk assessment, organizational performance and the like, a funny thing has happened—we’re noticing a return to basics in recruiting, communicating, and meeting. Here are three low-tech trends emerging from tech-firm boardrooms:

The value of proximity in a 24/7 world

We know that the Sarbanes-Oxley regulation set new or expanded requirements for all U.S. public company boards. But with those new requirements came a lot more meetings—directors commit to an average of 245 hours per year to board-related duties, according to the National Association of Corporate Directors. Even with technological advancements having directors from all over the globe is logistically prohibitive for many firms; a Seattle-based director attending board meetings in New York is usually making at least a two-day commitment. While hard data isn’t easy to come by, anecdotal evidence from our work in recent years suggests a return to recruiting directors closer to home. If you are an east coast company looking for a director with tech expertise, a candidate three time zones away will have to have a unique set of skills, experiences and relationships to rise to the top of the list.  A more accessible director with capacity might be more attractive because they can be more engaged with the company and its leadership.

A big part of fostering cohesion and connectivity among tech directors takes place outside the boardroom. For instance, it is common practice for boards to socialize the night before the actual meetings so directors can relax, and informally discuss issues. Our research shows that building personal relationships drives team cohesion and positive group dynamics. Getting together outside of the boardroom fosters an appreciation among directors for each other’s skills, and interpersonal empathy is critical to building confidence among team members. Not only is this dynamic lost when directors are absent from face-to-face meetings, but it also can result in them feeling alienated and isolated from their fellow members, and thus lead to misalignment on strategy and goals.

Tech firms are, of course, known for having young staffs and sometimes even younger executives; and that youth movement is slowly making its way to the boardroom, too. There are more women joining the tech director ranks as well; 29% of new board members elected in tech last year were women, better than the 19% rate for the largest 100 publicly-traded companies. But there are still a lot of long tenured directors within the tech boardroom. Many tech companies have increased the mandatory retirement age or have no retirement age policy at all. The average retirement age of tech board members for companies with a stated limit last year was 73.

It’s healthy to have a board made up of diverse ages, genders and backgrounds. But if you want to overcome these differences you need to commit to some personal interaction and team building. That’s a lot easier to do when board members have the opportunity to build relationships outside of the core meetings.

While technology can help facilitate connections and fill in the blanks for directors outside the actual boardroom, it does not eliminate the need for personal connection among them. Fostering those interpersonal relationships is integral for board cohesion and team performance. In that respect, technology advances may not actually be serving boards as well as may think.