Job growth came in far below expectations, but experts say the reasons may not be what you think. 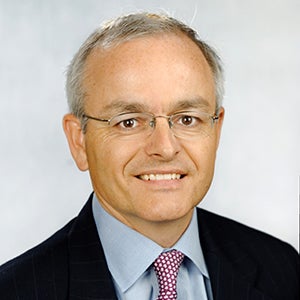 A jobs report comes in with shockingly low numbers. The world—including a lot of job hunters—assumes the hiring boom of the past few months is over. But is it?

Just before Labor Day, the US Labor Department reported that the nation’s payroll grew by only 243,000 jobs—a far cry from the 800,000 plus monthly average that occurred since May. But experts say while many firms have become cautious in light of the rise of COVID cases, many other companies are stalling because they’re experiencing a host of other issues.

In some cases, organizations that spent months hiring are now having trouble finding people with the right skill sets for the remaining openings. “My clients are screaming for candidates,” says Jacob Zabkowicz, leader of Korn Ferry’s Recruitment Process Outsourcing business. While it’s common for companies to complain about a lack of qualified applicants in any job market, organizations may have hit a wall after the recent hiring binge. There’s a massive shortage of workers who can drive large trucks, for example, stalling the nation’s ports and holding back a record number of goods. “No one can hire drivers,” says Erik Olson, a Korn Ferry senior client partner and leader in the firm’s Industrial Manufacturing practice. In other industries, firms are having trouble finding people who already have experience operating certain factory and agricultural machinery, Zabkowicz says.

Salary has become an issue in the push to hire. According to experts, many organizations haven’t yet come to terms that they’re going to have to pay higher than usual for new hires, and in some cases, considerably more. The average reservation wage—or the minimum annual wage consumers said they would need before they even consider accepting a job offer—has risen nearly 8% over the past year to nearly $69,000, according to a new survey from the Federal Reserve Bank of New York. While there have been headlines about how several big retailers have raised their wages to greater than $15 an hour, many more smaller companies haven’t.

Even when companies do pay up for talent, they’re running into another dilemma: some new recruits are getting paid more than people who’ve already been doing the same job at the same company. Companies are worried that they could be creating inequity within their firm and setting themselves up for future problems, Zabkowicz says. With such issues left unclear, some firms pulled back on hiring to reevaluate their talent strategies, revisiting their minimum qualifications for jobs, pay scales, and training programs.

To be sure, the coronavirus’s delta variant will continue to hamper some businesses and the recent hiring binge. Travel, particularly business travel, was expected to surge in the fall, but the variant’s spread has made many people postpone their trips. That has led many airlines and hotels to slow down their hiring. Accommodation businesses, for instance, hired a net 6,600 people in August; according to the latest government statistics, the industry hired a net 73,000 workers in July. But it’s still growing, says Radhika Papandreou, leader of Korn Ferry’s North America Travel, Entertainment, and Hospitality practice. She isn’t worried just yet. “There are still help wanted signs,” she says.