In a new twist to the purpose movement, Volvo will limit its cars’ top speed starting next year. 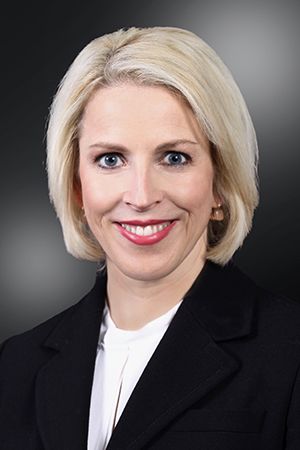 It’s an idea you don’t normally associate with carmakers—putting the brakes on speed. But at least one big player is taking a small but symbolic step.

Volvo recently announced it will begin to limit the top speed of all its cars to 112 mph (180 kilometers per hour). Unless you’re barreling down Germany’s Autobahn, where there is no speed limit, this change isn’t likely to affect most drivers. Yet speeding still remains one of the most common and deadly forms of aggressive driving, data shows.

The Swedish automaker’s new limit, which affects the 2021 model year, is part of Volvo’s Vision 2020, an ambitious multiyear strategy that aims for no person to be seriously injured or killed in a new Volvo by 2020. “This is just one more thing that says Volvo really cares about safety,” says Signe Spencer, a client research partner at the Korn Ferry Institute. “It enhances their image and reputation as a company that builds safe cars.”

“Consumers are strongly attracted to companies that put forth a strong sense of purpose,” Spencer adds.

Whether Volvo’s decision will have a broad impact is debatable for experts. In fact, some leaders in the automotive industry don’t expect the speed cap to have an influence beyond Volvo’s core consumer base, says Floriane Ramsauer, a client partner in Korn Ferry’s Automotive practice. When it comes to road safety, she says, they believe “the solution will be in shared mobility and managing traffic in cities and on highways.” In other words, ride sharing and autonomous driving.

Still, history suggests that changes like these can have an eventual impact. For its part, Volvo’s three-point safety belt, introduced in 1959, eventually became the standard in most countries. Similarly, Chrysler led an early charge that made disc brakes standard, while General Motors became the first automaker to install airbags.

Ramsauer doesn’t believe Volvo can expect any big revenue change from the decision. After all, most drivers with a need for speed don’t purchase a Volvo, a brand that is not synonymous with horsepower. “The typical Volvo customer is focused on sustainability and on design of safety,” says Ramsauer, who’s based in Korn Ferry’s Frankfurt office. “These are the primary brand attributes.”

But this doesn’t mean Volvo’s move won’t have a financial return at all. According to Spencer, organizations that lead with purpose tend to see an uptick in profitability—at least in the long run. Indeed, Korn Ferry Institute research has shown that purpose-led consumer companies, for example, grow faster than other businesses in the sector. And a global Korn Ferry survey found that organizations experience greater productivity and financial success when they have a clear and compelling purpose.

“If you have a strong sense of purpose, it can be motivating and engaging for employees,” Spencer says. “It may get people to stay when they want to leave.”