What CEOs Look for: 5 Ways to Ace the Interview

Even in this robust job market, companies want candidates that can answer some tough questions from the boss. 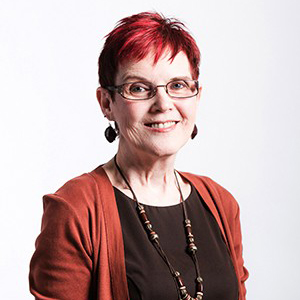 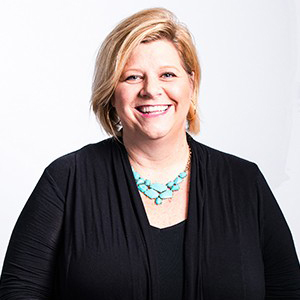 You hear back from the HR manager with good news, the company you applied to wants to interview you for a role. But there’s one wrinkle, your interviewer is the CEO.

Unless it’s a job at a very small company, most entry-level roles won’t get questions from the top boss. However, most any other role can be fair game. By 1998, Amazon had built itself into a multi-billion corporation but CEO Jeff Bezos was still conducting the final interview on most everyone the firm hired. “Even if the CEO doesn’t ask those questions directly, some bosses have literally written out the questions all hiring managers have to ask,” says Korn Ferry Advance Career Coach Val Olson.

Organizations may be struggling to fill roles in this robust job market, but they still want to find candidates that would pass the CEO’s muster. Here are 5 common questions CEOs ask, in one form or another along with what experts say are good approaches to answering them.

Tell me what you know about our company and the position you’re seeking.

Bosses ask this question to see whether a candidate had enough interest in a role to do some homework before the interview. Not showing at least a modicum of curiosity about the company you purportedly want to work at will not impress anyone. As Korn Ferry CEO Gary Burnison says, no matter how many times you tell an interviewer that you’re interested in the position, your lack of due diligence tells the firm: “I couldn’t care less.”

Candidates don’t necessarily have to do Ph.D.-level research, experts say. Read the company’s website, check out recent press releases and earnings announcements, and doing a quick search for media articles can be enough for many non senior-level positions. However, don’t forget to learn about the CEO, or whomever is interviewing you, either. You might find that the two of you have a connection, perhaps you went to the same college, played the same sport, or even contribute to the same charity.

What Did You Accomplish?

The CEO usually won’t ask “What do you do?” Even if they do ask it, they aren’t interested in hearing about your day-to-day activities. Bosses will, however, want to know what you have achieved. Accomplishments speak volumes not only about what you’ve done, but most important about what you bring to your new job. Prepare and rehearse specific examples and tell a brief story that shows how you’ve made a difference to your company and the customers it serves. Also, in a 2021 twist, bosses will want to know how you showed resiliency and found new ways to solve a problem during the pandemic.

Experts say savvy candidates can take it a step further. Spend some time researching the company in advance, make contact with a few insiders to get details about the organization’s challenges and objectives, then create “an accomplishment plan,” that you can speak about during the interview. “Offer a plan that includes some ideas about what you would hope to accomplish in the first months of the job,” Olson says.

What Gets You Up in the Morning?

Don’t say “the alarm clock.” When the boss asks this, they want to know what motivates the candidate. Is it a hunger to make customers happy? Is it a paycheck? Bosses are looking for savviness and cultural fit, successful organizations are filled with employees motivated by the same values and driven to accomplish the same goals. When asked this question, candidates should be honest about what they are passionate about. Even if the answer is not one the boss is looking for, it’s better to find out that your values don’t line up with what the organization is looking for during an interview rather than after taking a job.

“Tell me about yourself.”

The boss, and nearly every other talent professional or hiring manager, is going to ask a variation of this question. Many candidates will just recite what’s on their resume, but most bosses want to get beyond that and find out who a candidate really is. The question, says Korn Ferry Advance Career Coach Stacey Perkins, is an invitation to what you are bringing to the table that will be valuable to this next role. “Think about what you have done in your career that might set you apart from other candidates,” Perkins says.

Do you have any questions for me?

This classic changeup usually comes late in an interview, and how a candidate responds could make or break their chances. CEOs want to know that their hires will be intellectually curious, motivated, and achievement oriented, so experts say you should ask questions to show off those qualities. Some questions to ask the boss include:

What do you expect me to accomplish in the first three months on the job?

This question shows that you would want to hit the job running. If you didn’t showcase an ‘accomplishment plan,” earlier in your interview, now is your chance.

How do you plan to deal with …?

Every business faces a major challenge, competitors, substitute products, regulation. Find out what the boss’ plan to overcome that challenge is and, importantly, the actions he thinks the company needs to take to accomplish the plan.

What are the common attributes of your top performers?

Find out what traits and drivers are valued most by the organization and the boss. Every organization is different.