No Guts, No Growth

Too often, boards lack the intestinal fortitude for risk that healthy growth requires. 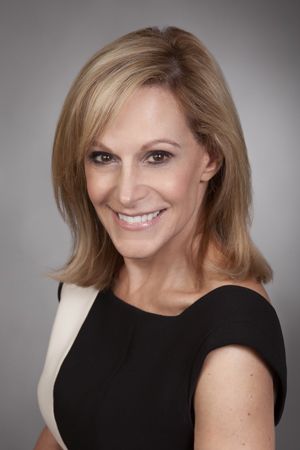 Too often, boards lack the intestinal fortitude for risk that healthy growth requires

The financial crisis of 2008 rattled corporate boards of directors. In his recent book, “The Future of Boards: Meeting the Governance Challenges of the Twenty-First Century,” Harvard Business School professor Jay Lorsch wrote that the economic shock of that year caused many directors to consider what they should do differently. They chose to hunker down. They focused on compliance, cost cutting and purging themselves of insiders in an attempt to boost the bottom line, short-term shareholder value and public perception.

Now, five years on, that formula is outdated. Companies are changing quickly to focus on top-line growth, which will be less about mergers and acquisitions and more about innovation, less about increasing market share and more about finding new markets. This requires boards to play a different role.

Despite efforts to increase their impact on strategy—by seeking greater independence, diversity, industry knowledge, regulatory expertise and international experience—fewer than 20 percent of directors consider their boards to be effective at it, according to a National Association of Corporate Directors survey. Martin Coyne, the lead independent director at Akamai Technologies and author of “How to Manage Your Board While Your Board Manages You,” believes many boards have little impact on strategy because they have a myopic view of it. “Strategy is never a one-time event,” he said. “Almost every board discussion topic has some connection to company strategy. Boards must constantly challenge assumptions [and] evaluate the effectiveness of strategic execution.”

Melanie Kusin, vice chairman in Korn/Ferry International’s Board & CEO Services, believes that “growth objectives will force new behaviors for overly conservative boards and greater examination of the fitness of directors to contribute to the challenges of the top line. If you look at companies and CEO’s that are performing well today, there is inevitably support at the board level to pursue smart strategies, even if they involve considerable risk. In those companies, board engagement is high and directors have a global view and enough market comprehension to debate and fuel necessary initiatives.” Kusin points to Church & Dwight and Estée Lauder as examples of such companies. At Estée Lauder, for instance, presiding director Irv Hockaday sees his main role as integrative, getting beyond the fragmentation of focus that can arise from a committee mentality and ensuring that the board as a whole remains engaged and effective on strategic issues.

Kusin, along with Jeffrey Sonnenfeld, the founding CEO of Yale’s Chief Executive Leadership Institute, and Elise Walton, a former Yale-Korn/Ferry senior research fellow, conducted extensive interviews with veteran chief executives, seeking to find out from the CEO perspective what is keeping many boards from being as effective as they need to be. One of their key findings: Many CEO’s believe boards often lack the intestinal fortitude for the level of risk-taking that healthy growth requires.

“The risk appetite is out of balance,” one CEO told the researchers. Another said boards were stocked with too many “academics, money guys and No. 2’s” who were unable to see the whole playing field and “synthesize.” Some voiced concern that boards have too many “professional directors”—by some estimates, now a third of all members—who have retired from full-time employment and whose ambitions often include protecting their board seats and the associated income. “Board members are supposed to bring long-term prudence to a company,” said another CEO. “But this often translates to protecting the status quo and suppressing the bold thinking about reinvention that enterprises need when strategic contexts shift.”

In short, the research made it clear that most boards are not working as well as they should, and the impetus for improvement needs to come from the boards themselves. They need to create more rigorous and regular methods of self-evaluation, to ask themselves if they are good enough to help the business go where it needs to. If the answer is no, they need effective mechanisms to enact timely change.

A recent survey by Agenda, a weekly news service from the Financial Times, found that although most boards conduct annual self-assessments, only about a third of directors considered their evaluations “very effective.” Many directors said the “1 to 5” rating approach is too wide-ranging and general. They also said feedback is “sugarcoated” or “watered down,” and that there isn’t enough follow-through after the evaluations. “It is time to move beyond check-the-box board reviews and start to seriously evaluate the board’s effectiveness,” David Larcker, professor at the Stanford Graduate School of Business, told Agenda. “[Then] once you have this information, the chairman or lead director has to be ready to have the difficult conversation about how a director can improve, or whether it is better for him or her to step down.”

Better assessments are only half the battle, said Kusin. “Many in our study argued that [even when] annual board reviews were thorough and probing, there is no consistent rigor around removing underperforming directors. That sluggishness could be alleviated by putting more specific ‘teeth’ in director accountabilities and tying performance to continuing service. Embracing enforceable criteria along with term limits could move the needle on creating more-dynamic board cultures.”

To move that needle, Kusin believes boards should borrow a page from the CEO succession playbook: “We need to start applying everything we are learning about profiling the competencies of CEO’s to the selection of board members—gathering the same kinds of data, doing the same kinds of vetting. We are in an era where every CEO is asked to be ‘transformative’—to have the ability to know what is innate to the business and see where it can be taken. Given the significant degree to which boards can enable—or stifle—that effort, the same kind of rigor should be applied to very concretely evaluating how a director’s aptitude and behaviors align with the long-term strategic platform of a company.”

Kusin says personal attributes should become an increasingly important focus of that evaluation process. Her research strongly suggests that what makes a director most valuable and effective, beyond the requisite knowledge and experience, is the capacity to work effectively in a group. As former SEC chairman and Aetna CEO William Donaldson has said, “The most important part of what’s really going on in that boardroom [is] the least examined. The board is a social entity. And the human beings on it act like human beings do in groups.” Therefore, said Kusin, the best directors “turn out to be those with a broad portfolio of innate personal strengths: natural curiosity, diligence, studiousness, self-awareness, level-headedness and a balanced ego. These, in turn, are the bedrock of other much sought-after competencies such as comfort with ambiguity, rationality in a crisis, confidence, consensus-building skills and—perhaps most importantly—the courage to take smart risks.”