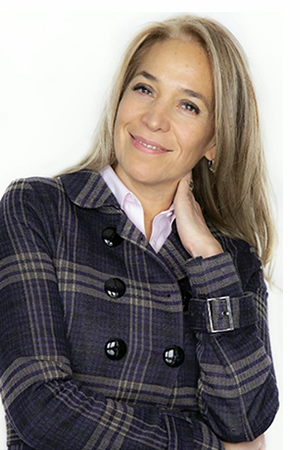 You could argue the firm didn’t stand a chance. Recently, a major South American company looking to enlist new talent from the United States brought down two up-and-coming leaders eager to add international experience to their resumes. The only problem was that their arrival in Santiago, Chile, coincided with a wave of massive street protests, of such a scale that the president declared a state of emergency.

Given the circumstances, it was hardly surprising when the executives called to say thanks but no thanks. What did shock the South American firm, however, was why the candidates decided to backtrack their move. It wasn’t because of the size or the violence of the demonstrations—rather, it was what they revealed of the company’s corporate culture. The US candidates saw workers chained to a traditional Monday-to-Friday work schedule, bosses unwilling to take risks, and a lack of commitment to creating a diverse, inclusive workforce. So while hundreds of thousands of people demanded reforms across the country, the South American company was left wondering whether it should be doing the same within its own walls.

Even in a world absorbed with one political drama after another, South America’s hit-the-streets torment is striking. Pick just about any country in the region and the news is alarming, from the unrest in once-stable Chile to the stream of demonstrators calling for a shutdown of Peru’s congress. Protests were so bad in Ecuador that the government fled the capital. Did I mention that the Bolivian president was forced into exile?

Not surprisingly, all this turmoil is hardly what corporate leaders need as they search for new talent. How can people do their best work surrounded by violence in the streets? But South American firms are finding out that corporate culture is a fairly big obstacle too—it’s simply out of touch with what younger leaders value. And that’s something that CEOs do control; unfortunately, not enough senior executives are doing anything about it.

What’s happening in South America right now is a social crisis. Citizens, particularly millennial-age and younger, are fed up with differences in treatment based on gender, class, and ethnicity. At the same time, a wave of corruption scandals has exposed how some economic elites play by their own set of rules.

Companies in the region are going through a similar crisis: many family-owned firms built up their businesses driven by hard-charging, command-and-control bosses, and most are still accountable to one man or one family. They make the decisions and don’t feel the need to communicate the reasons why. They’re inflexible and unwilling to make changes.

However, in today’s world, business success hinges on the ability of companies to develop, attract, and retain agile, curious, and driven leaders. That applies to organizations in Santiago and La Paz just as much as it does to firms in Beijing, Brussels, and Boston. And unlike their predecessors, those types of leaders are looking for new, flexible work environments that encourage a diversified workforce and promote differing opinions. Today’s young leaders want to be empowered to move fast, take risks, and learn from mistakes. An influx of multinational firms into South America understands this leadership mindset, and they’re already taking away market share from local companies that don’t know—or don’t want to know—what it takes to attract top young talent.

Obviously, no one here can kid themselves about the impact of the unrest across the continent. Corporate leaders complain—justifiably—that their workers don’t want to work late for fear of what can happen on the streets after dark. Some have even asked their workers to relocate temporarily.

But the talent pressures companies are facing won’t go away when the protestors go home. Unless senior executives here make their companies more attractive to younger, more agile, more innovative leaders, they won’t have to be concerned about the negative impacts of political unrest—they will have already lost their business to competitors offering a more appealing corporate culture.