Leaders and rare-map collectors both deal with worlds of uncertainty.

Sheltered in place at his home in Kuala Lumpur, Malaysia, Julian Candiah has an entire world at his fingertips. The 52-year-old former banker-turned-businessman engages in a daily routine of exercising, cooking, cleaning, and reading. And then he turns to his collection of antique maps and sea charts—all 100-plus of them.

He calls maps the “most intellectual of all collectibles,” and like many with this hobby, he has a passion for a particular area. For him, that’s the Strait of Malacca, the Singapore Strait, the South China Sea, Hong Kong—where his wife is from—and Sri Lanka. His favorites are sea charts used by ship captains in the 18th and early 19th centuries, with handwritten notations to aid navigation, such as the locations of reefs and wrecks. Often dirty and worn, the sea charts bear the patina of decades of use.

For most people today, maps are nothing more than a smartphone display—a blinking dot to help us navigate our way. Practical, but hardly interesting. But there’s a corner of the world occupied by collectors, art dealers, scholars, librarians, and enthusiasts who are captivated by maps as tales of history written on parchment, vellum, and paper. Rare maps going back hundreds and, in a few rare cases, thousands of years provide a window into perceptions of the world at the time they were made.

In the beginning, very little was right about them, which nowadays can make them all the more collectible. (One of the most famous map errors is California depicted as a very large island, a misconception among European mapmakers in the 16th century.) Over time, though, maps chronicle discovery and the acquisition of knowledge—the unknown gradually becoming known. And while they hold the most relevance to collectors, they can also speak to leaders about the innate human desire to make sense of the world—to lead ourselves through ambiguity and back home again.

And that relevance only grows in today’s turbulent times, with a lingering pandemic and calls for social change. Maps are a visual reminder that there is always a way forward, even when the course is unclear. 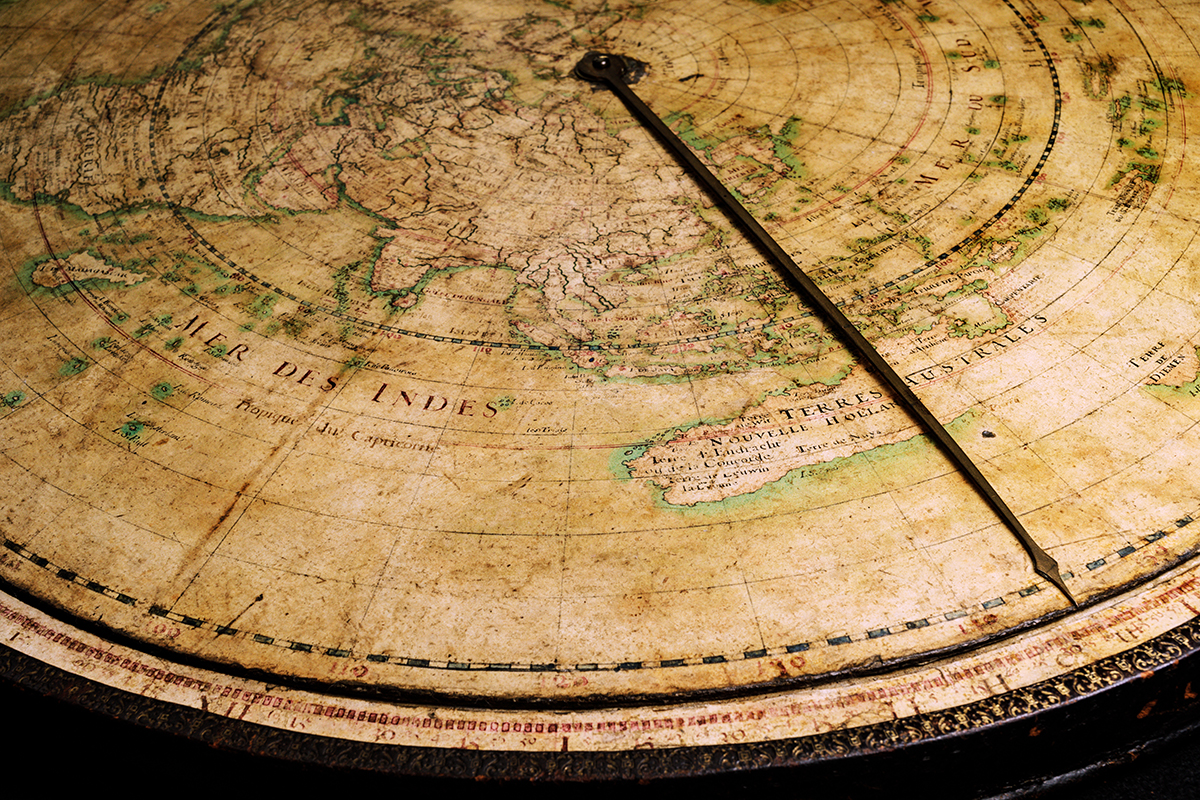 Windows into the Unknown

Humans have mapped the world as they’ve known it for centuries. Chinese cartography dates back to as early as the 5th century BC. Three silk maps unearthed in 1973 are believed to be more than 2,000 years old and have been hailed as some of the best specimens from the past. But the oldest known map of the world happens to be the Babylonian Imago Mundi, a clay tablet that dates to between 700 and 500 BC. It is on display at the British Museum.

Whatever their age, ancient maps of the world provide a focal point for reflection and inspiration. They are also visual representations of metaphors so often used in business: charting new courses and navigating uncertainty—pressing forward even when the information at hand is less than perfect. Take Christopher Columbus. His “intelligence” for planning his first transatlantic voyage in 1492 was believed to be a huge map made by a German cartographer in Florence in 1491. The map’s depiction of Asia being reachable by sailing west from the European coastline must have influenced Columbus, who held no fear of dropping off the edge of a flat world. That information wasn’t exactly accurate. As Columbus sailed west from Europe in hopes of reaching Asia, the yet-to-be documented “New World” blocked the way.

With further voyages, the New World began to take shape—literally—on maps. In 1507, the Waldseemüller map (also known as the Universalis Cosmographia) became the first known map to use the name “America,” in honor of explorer Amerigo Vespucci, who helped prove the “New World” wasn’t part of Asia but, in fact, two new continents.

Elizabeth Bischof, a history professor at the University of Southern Maine in Portland, where she is also the executive director of the Osher Map Library and the Smith Center for Cartographic Education, believes mapmaking holds an important lesson for leaders. During times of profound change, one’s view of the world will change—and the evolution in maps reminds us of that.

“People want to turn to objects from the past that will help ground them,” says Bischof.

Given the importance of maps through the centuries, it’s no wonder that leaders have been closely associated with them. Prince Henry the Navigator, in 15th-century Portugal, ushered in the Age of Discovery. Kings frequently commissioned or were presented with maps, and no royal education would be complete without the study of atlases and maps—no doubt to gain appreciation for territories and conquests.

Cristina Favretto, librarian professor and head of special collections at the University of Miami Libraries, takes the complementary view: maps can bring people down to earth and put things in context. For example, the United States is not the biggest country on the planet. As Favretto points out, “Maps provide clarity about the world and the leader’s place in it.” 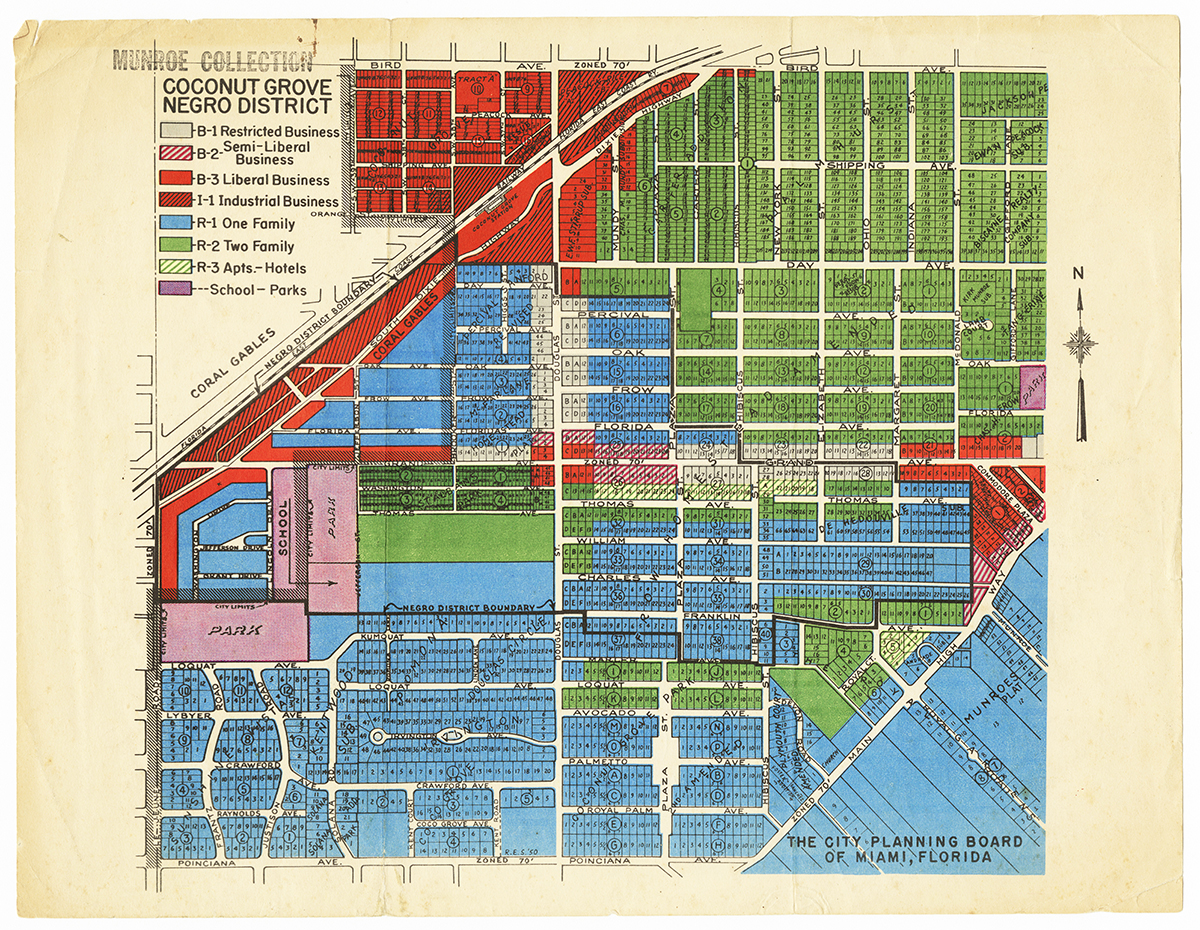 A Look in All Directions

There is beauty in maps, whether a meticulously drawn topography, an imaginative sweep of the cosmos, or colorful pictorial images of agriculture maps. From grand-scale to granular, they constantly reveal more details.

Alex Clausen, gallery director at Barry Lawrence Ruderman Antique Maps in La Jolla, California, loves the dimensionality of maps—the fact that they can be examined from any point of the compass to get a feel of the journey, from here to there.

Clausen first became fascinated by rare maps while he was a student at the University of Minnesota, where he spent hours poring over the rare books and atlases at the library. “They kept telling me I was the youngest person coming in to look at them,” he says. Today, he is immersed in rarities, from 17th-century maps of the world that sell for more than $150,000 to more modest pieces priced at around $50. “There are hundreds of stories that can be told with a single map,” Clausen says.

In his case, though he has worked in New York and now in California, his interests are in early maps of Minnesota, where his family can be traced back to the mid-1800s. “That’s an interesting thing to collect, because some of the things I want can be pretty difficult to find,” he adds.

Favretto of the University of Miami has been charmed by maps since childhood, when she obsessively drew them—her house, her town, even imaginary places, and all from a bird’s-eye view. Today, she says, her fondness is for maps of Paris, “so I can walk around there in my mind,” or of Italy, where she lived from age 10 through 19.

Now, she introduces students who grew up with all things digital to the sublime experience of viewing and touching old maps. “They are gently putting their fingers on something the way someone else did 400 years ago,” Favretto says.

Clausen believes this same affinity could motivate leaders to seek out the experience of owning rare maps for their beauty and sense of history. They may be drawn to maps of a particular place or historically significant period of time. There are even maps with business and industrial connections—maps for oil and gas drilling, railroads, or geological surveys.

Tastes shift over time—for example, the more “cartoon-like” pictorial maps of the 20th century are being collected more frequently, or a collector may have a preference for, say, the 17th century over the 18th. Overall, though, Clausen says, “maps are fairly fad-proof.”

Maps are also primary sources—research materials that say much about the era in which they were created and society’s norms at the time. Such discoveries can be both enlightening and uncomfortable.

For example, exploration maps often were made with drawings of indigenous people along the borders—depictions that promoted stereotypes and ignored the existence of rich cultures before the explorers arrived. Indigenous people were sometimes drawn to look like monsters or engaging in practices such as cannibalism. Therefore, conquering them was of no consequence in the minds of the explorers and cartographers. “When we look at how these kinds of maps were used and why they were produced, that’s certainly a big part of it in terms of symbols of territory and empire,” Bischof of the University of Southern Maine says.

Amid today’s discussions about diversity and inclusion, such imagery can be eye-opening for the modern viewer to understand the long, insidious roots of racism. It isn’t just 15th-century maps; some 20th-century depictions are also disturbing. Favretto shared an image of a 1940s map of Coconut Grove, Florida, made by the City Planning Board of Miami that shows a wide red line demarcating the “Negro District.” “There was literally a wall, and if you were African American or Black from the Caribbean, you had to live in this area,” Favretto says.

Such maps that show ethnic, racial, and class-based discrimination, she adds, “help us understand and confront our own prejudices.”

In the end, beyond the history or the value of a piece, personal meaning is what makes a map more than something interesting to hang on a wall. For leaders who want to be reminded of where they are from, their family’s roots, or any other connection, maps convey time and place. And they invite others who gaze on that map to know something about the person who owns it.

As for Candiah, he’s been collecting ever since he became hooked on it after walking by a map shop on High Street in London several years ago. “It’s not the number of maps you have that is important,” he says. “It’s how important those maps are to you.”