Diversity in 2021: This Time We’re Serious

They made big public commitments on expanding equality for underrepresented groups, but companies have done that before. How the new year can be different.

Experts say the key to improving diversity is to avoid what most firms have tried—and shift to new approaches.

It was an incident that exposed the country at large to how awfully Black people can be treated. In its wake, companies across industries vowed to get more people of color into leadership positions, close pay gaps between employees of color and their White counterparts, and generally create a more inclusive environment.

This may sound like the summer of 2020, but this was in 1994, when the restaurant chain Denny’s was fined more than $50 million for repeated discrimination against Black customers. But despite a big push by a wide range of companies to expand opportunities to underrepresented groups, give employees diversity training, and diversify leadership positions, most of the efforts eventually sputtered out, and corporate focus shifted to other things. 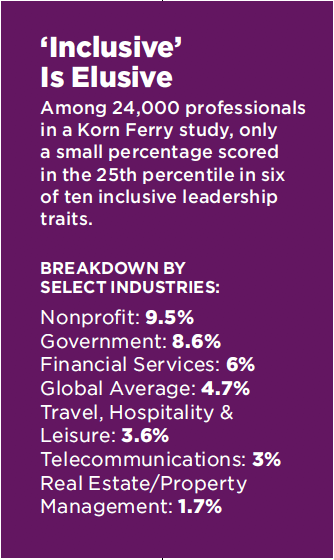 Welcome to 2021. Advocates of more diverse and inclusive organizations do not want history to repeat itself. George Floyd’s killing last spring and the resulting protests spurred many firms to make commitments to become more diverse and inclusive. Now, months later, the protests are a little more muted and the economy is still struggling. Creating a diverse and inclusive organization could very easily fall in the corporate pecking order—again. If companies are going to make real headway, experts say corporate leaders will have to change how they tackle the issue. “Stop doing what you’re doing, because it hasn’t worked,” says Pamela Newkirk, a professor at New York University and the author of Diversity, Inc., a book that highlights the failures of previous diversity efforts.

This time, companies may not have a choice, because there’s one major difference between the efforts to diversify then and in the post–George Floyd era: the stakes are a lot higher. Companies that don’t make serious efforts are more likely to get punished, whether by losing key employees, missing out on capital from investors, being publicly shamed, or losing business. “There’s an awakened conscience to this,” says Eloiza Domingo, global head and executive director of engagement, diversity, and inclusion at the pharmaceutical firm Astellas. “People of color and their allies don’t have to sit back and accept this. They can say, ‘No, that’s wrong.’”

Nothing about real change in diversity is likely to be easy, given that all aspects of firms are involved, from leadership to culture to HR policies. But experts say an early step includes one that many miss: simply connecting employees of color with senior leaders. These one-on-one conversations can expand the executives’ networks and give both sides more mutual understanding of opportunities and challenges within the company—and what people of color face outside it. These connections make the next step, establishing mentorships, easier. Mentorships and sponsorships are among the most successful ways to improve the promotion and job retention levels of underrepresented employees over a two- to four-year period, Domingo says.

Companies also need to empower employees to make changes within the organization. That involves giving the chief diversity officer resources and the full support of the C-suite. Give them access to company data on employees, finances, and everything else so they can identify problem spots and build programs to solve them. “You need someone who has a holistic approach and isn’t marginalized within the organization,” Newkirk says.

Ultimately, the biggest thing leaders can do is become truly more inclusive—going beyond ordering up diversity programs and then delegating their execution to subordinates. Inclusive leaders, experts say, are authentic, emotionally resilient, inquisitive, flexible, and self-assured. Few leaders currently have all these traits.

Being inclusive will make it easier to treat diversity and inclusion as a strategic priority. Explain to everyone why it’s important, build structures to achieve it, and measure what success looks like. In practice, that will mean looking at pay systems, hiring, promotions, career development, and even mergers and product expansions through a lens of inclusion. “Do those things now, and you will increase the probability that things are happening,” says Michael Hyter, a longtime diversity and inclusion specialist at Korn Ferry and now the firm’s chief diversity officer.

To be sure, most of these efforts won’t immediately move the line on one of the biggest goals: getting more people of color into senior executive positions. Indeed, experts predict there may not be that many more senior leaders of color in 2021 than there were in 2020. That’s why it’s critical for leaders to communicate their diversity efforts clearly and routinely to their stakeholders. Celebrate positive short-term changes, Hyter says, and talk about how complex structural problems are being addressed. “The average employee may be upset at the timeline, but they’re adult enough to understand that it takes time and appreciate the efforts to be made,” he says.

It ultimately worked for Denny’s. After its punishment, it made major changes to how it hired, promoted, and marketed. Within a few years, women and people of color made up 45 percent of its senior management team, and the company was repeatedly named as one of the best places in the country for people of color to work.