CEOs struggled to plan far ahead during the pandemic. But with the future now clearer, they’ll need to step up—or step aside.

Preparing to step out onto a rickety wooden footbridge 400 feet above a mountain chasm as he climbed Mount Everest Base Camp and the Khumbu Icefall in 2015, Hal Gregersen felt a little anxious. Seeing where another bridge had fallen didn’t help. He could risk forging ahead, or he could stay where he was and get nowhere.

Across the globe, CEOs now face a similar moment of reckoning, says Gregersen, a senior lecturer at the MIT Sloan School of Management. Though many probably didn’t see it that way at the time, the pandemic removed at least one key part of a CEO’s job by forcing only mostly short-term decisions and avoiding any long-term calls. Indeed, it became common for CEOs to skip making forecasts at earnings calls and to tell stakeholders they had “no idea” about the next 12 months. With crisis management ruling the day, everything from capital investments to new products could be put off.

But that break from one the hardest parts of leadership—charting a course—is ending. Leaders now know who will be in the White House and which party will rule Congress. They know we have a coronavirus vaccine and what the economy might look like this year. Granted, nothing is certain, including the impact of a new virus strain, but CEOs focused for so long on the short term can start to plan much farther down the horizon. Are they up to it?

“Now what you’re asking a CEO to do is to conceptualize a new thing,” says Debra A. Nunes, a senior client partner at Korn Ferry. “That’s a far more challenging task than to say ‘We need to do a reduction in workforce.’?” History suggests not every leader will be equal to the task. Even the Great Recession of 2007–2008 did little to prepare leaders for the reboot that awaits them now, says Steven J. Spear, a senior lecturer at MIT Sloan. “It’s a different mindset to be an innovator in an uncertain setting than an executor in a known one,” he says.

As experts see it, the road ahead will require less deliberative thinking and more experimentation. “These transitions are a leap of faith,” Gregersen says. “We need leaders willing to take deeper stands than the bottom line.” And yet much of the visionary thinking that businesses have been doing since March 2020 hasn’t yielded grand strategies as much as piecemeal innovations. (Think touchless food products or the so-called hygiene hooks as breakthroughs of the day.) But experts say what lies ahead will require not only invention and innovation but also courage and confidence—and something of a second wind. “I think the most successful companies are the ones that are currently acknowledging the burnout and exhaustion,” says Ellen Taaffe, clinical assistant professor of leadership and director of women’s leadership programming at Northwestern University’s Kellogg School of Management.

Emerging from the pandemic are three kinds of businesses, Nunes says. There are those that cut staffing but made no other changes. There are those that changed because they had no choice, such as restaurants, which were told to do takeout or delivery or shut their doors. And there are those Nunes calls “forward-looking.” “What the pandemic did for these forward-looking companies is to create an opportunity,” she says. What companies do next depends on their approach to the new normal on the other side of the pandemic. “They need to develop a culture of innovation across the company, where people on their teams feel safe and supported to take action and try new things,” says Molly Anderson, executive director of the University at Buffalo’s Center for Leadership and Organizational Effectiveness. A little daring would also help; Gregersen did cross that bridge.

Being able to envision is key going forward. “It has been said that when Michelangelo was doing the statue of David, he saw what needed to be taken away to reveal what was underneath as opposed to the reverse,” says Jane Stevenson, global leader for CEO succession and vice chairman of the Board and CEO Services practice at Korn Ferry. “And I think that’s a little bit of what needs to happen here.” 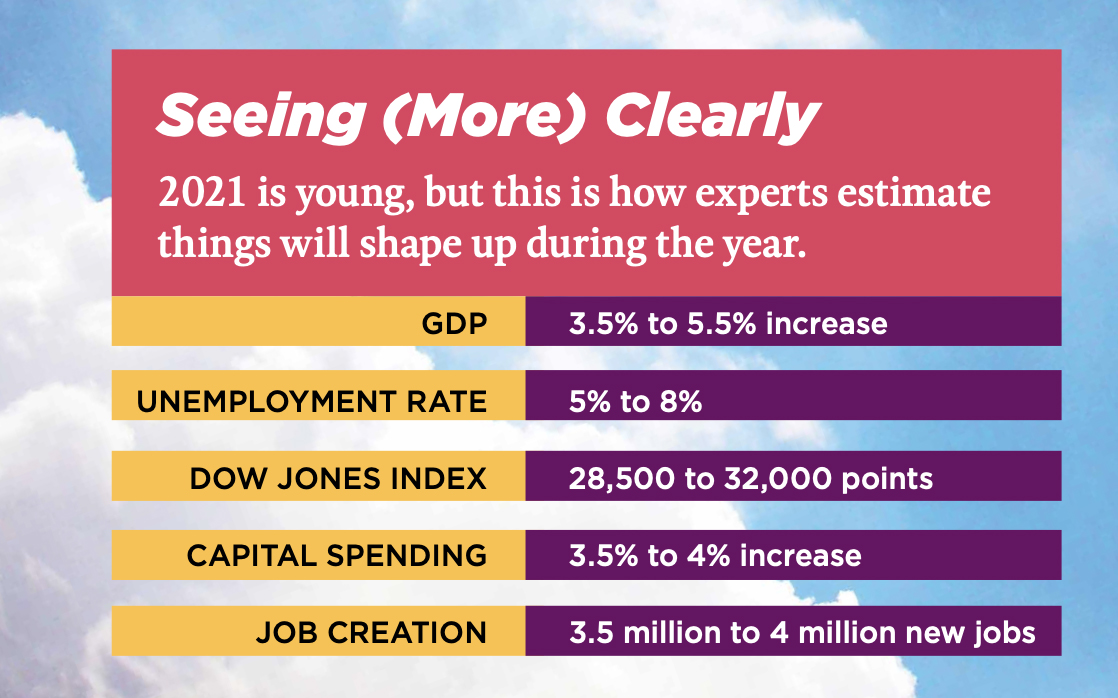