Gen Z in the workplace

Gen Z, defined as the generation born between 1997 and 2012, have now entered the workplace. We are today’s college students, summer interns and entry-level employees. In 3 years, the most racially and ethnically diverse generation in history will make up almost one third of the workforce - but is the world of work prepared for us, and are we prepared for the world of work?

Now that I’ve had a flavor for what it’s like to work in the corporate world interning at Korn Ferry’s London office this summer in both advisory and search, I’m here to share my observations as a first-year social science student on Gen Z and what we value in the world of work.

Working towards a purpose

Generation Z is motivated by purpose, and this is non-negotiable when it comes to choice of potential employers. Recent studies found that while millennials primarily seek jobs that provide stability, convenience and balance, Gen Z candidates are interested in work which fuels their passions and enables them to make pride in work a priority.

We’ve grown up in a world of severe economic, social and environmental disruptions while being connected to the internet from a young age, which has made us hyper-aware of the injustices and inequalities that plague our world. This means that whatever we do, and wherever we work, we want to feel like we’re making a real impact and difference.

Because of this, we want to know why the work that we’re doing matters. Where does it fit within the overall mission of the organization, and how will this mission impact society for the better? For example, getting to be a part of the cultural transformation projects that the Culture, Change and Communications (C3) team were working on for major clients, and knowing that my contributions could make a real difference in whether someone feels psychologically safe at work - whether at a mine in Ghana or a major telecom company in the UK - was inspiring. Likewise, seeing the importance of the search process to find the necessary talent that could realize the ESG agendas of businesses across the consumer sector while also being inclusive was meaningful.

Designing a life that is meaningful, fulfilling and enables us to express our truest self therefore is a top priority when entering the world of work- the more work structure reflects this, the more attractive it will be to Gen Z.

As part of caring about the world, we care about what values businesses stand for. As consumers, Gen Z expects real social responsibility from corporations, and with a combined spending power of $143 billion worldwide, we’ve taken our activism to the marketplace by voting with our consumption choices. The businesses whose ethical values clearly align with our own win. But this is more than just empty mission statements- as potential employees, Gen Z values the way firms treat their people, from factories and supply chains to the workplace.

Anthropologist Clifford Geertz famously likened cultures to being texts that can be read - a story we tell ourselves about ourselves. An organization’s culture, therefore, tells us who they are and where they're going.

By extension of this quote, therefore we can ‘read’ who & what an organization truly is and what they really stand for just by looking at their internal culture. Do the mission statements of the organization translate into the way they treat their own employees? Do they practice internally what they preach externally? This is of particular importance with regards to diversity, equity and inclusion. If you’re selling DEI to clients, then your own internal DEI must be delivering for employees as a top priority- particularly employees of color.

The most racially and ethnically diverse generation in history (and also one of the most honest) will make up a third of the workplace in just three years, so if we sense that an organization’s DEI is in aesthetic only (and not in deed), we will vote with our feet. Therefore, embedding real DEI into organizational structures, cultures, and processes, particularly amid an incoming recession, will future-proof talent for the next generation of workers. 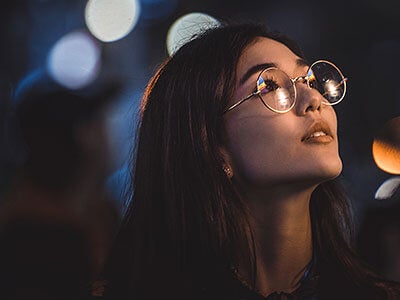 One future of work plan doesn't fit all

That brings me onto my third point, what the world of work now means for a generation who’ve grown up under prolonged periods of economic instability and job insecurity. This includes seeing their Gen X parents struggle through the effects of the financial crisis; dealing with their own often precarious conditions employed as workers in the gig economy, sky-high costs of living, and now the ecological consequences of irresponsible business practices on the environment.

One thing is clear for Gen Z: business as usual has not been working. This means that Gen Z have a different set of expectations regarding pay and work-life blend.

Although Gen Z is purpose-driven, a Deloitte study revealed that if given the choice between accepting a better paying but boring job, or work that was more interesting but didn’t pay as well - Gen Z was fairly even split over the choice. Salary therefore ranks equally among purpose as the top priorities for Generation Z in choosing an employer, and in view of the economic uncertainty under which Gen Z grew up, it's easy to see why.

This is also supported by the high costs of living and inflation that Gen Z’ers will grapple with when entering the workplace combined with student loan and debt repayment. Employee benefits that are most attractive to Gen Z therefore will include student loan repayment programs.

Contrary to popular belief, the US, renowned for its substantial student debts, leaves graduates with significantly less debt than the UK. The average University student in the UK will accrue more than £45,000 in debt ($54,000 est.), according to the House of Commons Library, before they complete their education, compared to $30,000 for the US (Forbes). As such, current graduates’ higher salary expectations are adjusting for their oncoming economic climate, combined with trying to ensure that what is projected to be the most-educated generation in history raised in one of the most competitive educational environments get value for money from their investments.

Like many others, having zoomed the final years of my education to the finish, the separation between ‘work’ (or school work for that matter) and ‘life’ became permanently meshed. For us, this means wherever there’s Wi-Fi, there is a potential workspace. We can get work done in coffee shops with our headphones in, or in a quiet space at home, outside, on-the-go, in the library- wherever. The concept of limiting work to the office therefore seems very quaint. But we also recognize the benefits of in- person face to face interaction that the office (or indeed any other work spaces) can facilitate, particularly as interns who can learn so much from having those face-face conversations with colleagues.

This also means that in entering the workforce, Gen Z has become acclimatized to work-life “blend” rather than work-life balance. If we work hard, we value workplaces that accommodate flexible working patterns that enable us to still live our lives and pursue our passions outside of a traditional 9-5 job.

These new ways of working can also be attributed to Gen Z’s entrepreneurial streak: four in ten Gen Z’ers are planning to pursue some form of entrepreneurship (four times higher than current rates), and with the internet making it easier than ever to start your own business, no wonder 14% of Gen Z’ers already have.

This means that for Gen Z a traditional 9-5 job is just one of the many options for earning income that are on the table. Being able to continue pursuing our passions therefore remains a top priority for us going into the workforce.

This independent mindset, however, doesn’t fall far from the tree. A study by Indeed distilled the top three traits of Generation X in the workforce as being their independence & self-reliance, entrepreneurialism and valuing work-life balance. No wonder that Gen Z have inherited this independent and entrepreneurial streak (but in both their professional and personal pursuits, where work-life habits have blended) . Yet the latter is not something for employers to fear. In a digital world, our self-reliance and entrepreneurialism outside of work makes us super-creative and efficient workers. On top of that our self-reliant nature means we’re always ready to adapt, learn and change for whatever occasion calls for – including being the change-agents that will drive innovation. That includes being unafraid of challenging traditional work systems and structures that could be improved.

Remember that the beating heart of our generation is an activist spirit; we grew up with the ability to share our thoughts publicly on social media and receive instant feedback, so its normal for us to speak-up if we have an unorthodox idea for doing something better.

The Gen Z wave is here. By preparing for a new generation of workers with different skills, competencies, traits and drivers, organizations can ensure that their businesses are not just future-ready but already into the future. The most racially and ethnically diverse, digitally enabled generation in history will make up one in three workers in three years. Is everyone prepared? 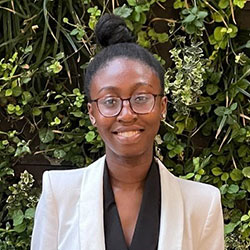 Chantell Asante has just completed her first year of university at Cambridge studying Human Social and Political Sciences. She joins us from the 10,000 Black Interns Program, a UK program that aims to get more young black talent into business and industry.

The #10000BlackInterns initiative has been designed to help transform the horizons and prospects of young Black people in the United Kingdom. The 10,000 Black Interns program will offer paid work experience across a wide range of sectors, providing training and development opportunities and creating a sustainable cycle of mentorship and sponsorship for the Black community.

View all Future of Work insights