Women in healthcare: From the ER to the C-suite

In an industry dominated by women, why isn't healthcare leading the way in female leadership? 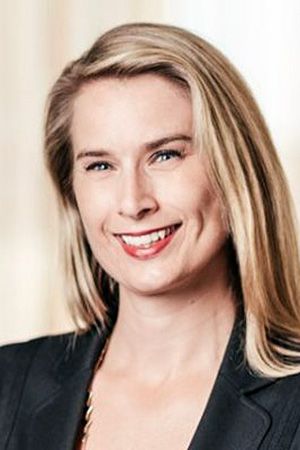 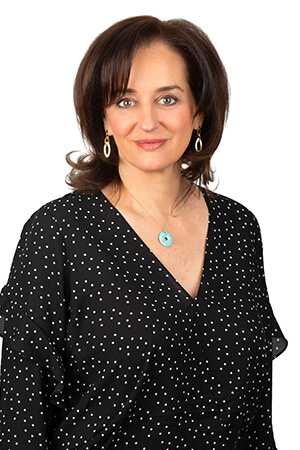 Laura Forese remembers the exact moment she decided to dedicate her career to being a hospital executive. It was during her treatment for breast cancer.

A practicing physician and orthopedic surgeon for more than a decade, Forese understood and embraced the clinical challenges healthcare professionals face. But her diagnosis in her late 30s showed her firsthand how operational challenges can influence patient care. “As I was going through that, I kept thinking if it was hard for me, with all the advantages I have of being a doctor and in the field, how hard must it be for other people,” says Forese, who has been cancer-free for nearly 20 years. “After that, I was very clear that I wanted to be a hospital executive and that I could have more impact as a healthcare leader.”

Forese is the now executive vice president and chief operating officer of New York-Presbyterian, but she’s still one of the rare women who holds a C-suite role of a healthcare organization. Only 19% of hospitals are run by women, and only 4% of all healthcare organizations have a female CEO. Whether it’s unconscious bias, a lack of mentors, or few opportunities to run a revenue-generating division of the business, women in healthcare are encountering the same obstacles that prevent them from advancing as their counterparts in finance, manufacturing, and nearly every other industry.

Yet while its statistics aren’t much different than the percentages seen in other businesses, healthcare’s lack of female leadership is particularly troubling to experts because it’s an industry whose workforce is overwhelmingly female. More than one-third of practicing physicians are women, and three-quarters of a hospital’s entire workforce is female.

Experts say that factor may help change the tide, in an industry facing an onslaught of disruptions. Complex new treatments and regulations, new competitors, and a transition to so-called value-based care is forcing healthcare organizations to find agile leaders who embrace and excel in uncertain environments. At the same time, the global movement toward pay equality, diversity and inclusion, and social impact are forcing organizations across industries to look inward at cultural barriers that might be stalling progress.

Certainly, there is also mounting research in favor of a shift toward women leadership, showing that organizations with the highest percentage of women leaders deliver better returns for shareholders. “Now is the time for the healthcare industry to write a new script for female leadership,” says Katie Bell, a Korn Ferry senior client partner and global account lead for the firm’s Healthcare practice.

“Certainly, there is also mounting research in favor of a shift toward women leadership.”

Historically, healthcare is one industry that has welcomed women. They have played essential roles in nursing, midwifery, and numerous other health professions for centuries. These days, women earn nearly half of the medical degrees that are handed out each year. The workforces in dentistry, physical therapy, and a slew of other healthcare specialties are overwhelmingly female.

Healthcare boards are beginning to recognize that some of the skills required in these fields are especially valuable in management positions. For instance, emergency room nurses work in one of the most demanding roles in healthcare, having to quickly organize doctors and patients in an often-chaotic atmosphere. The best of them, according to researchers at the University of Sydney, are highly organized, display excellent communication skills, are good teammates, open to new ideas, unbiased, and empathetic.

Women in Healthcare, by the Numbers

Women dominate the healthcare workforce, although that isn't reflected in the industry's C-suite. 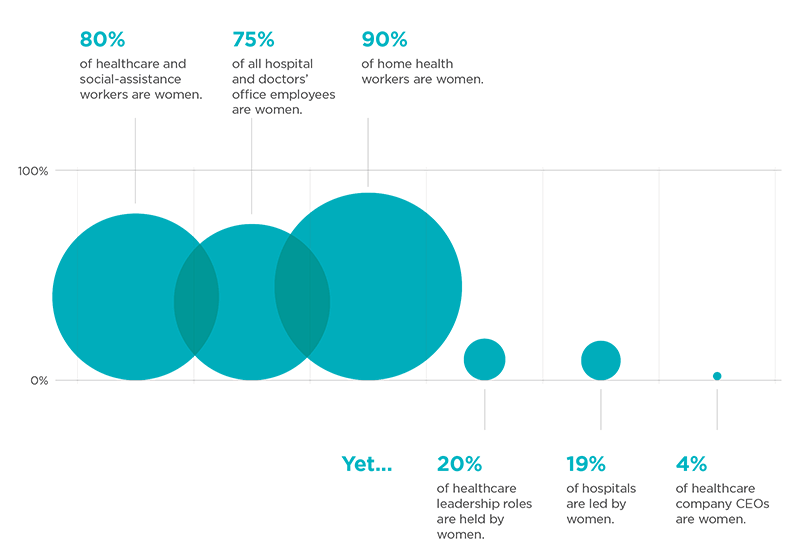 Those are skills that would fit well in any C-suite. The current CEOs of Carilion Clinic, Vista Health System, and Kaiser Foundation Health Plan and Hospitals of the Northwest all began their careers as nurses.

Experts believe that the increasing awareness of how an organization’s culture and purpose impact performance can help women move up the healthcare management ranks. “Healthcare is pretty abstract until you actually have your first patient to cut open; then all of sudden it becomes real and you understand that this is more than an intellectual exercise, you’re actually involving yourself in people’s lives,” says Joanne Conroy, MD, president and CEO of Dartmouth-Hitchcock and Dartmouth-Hitchcock Health, the only nonprofit academic health system in New Hampshire.

“Creating cultures that employees believe in and are willing to work in is vital for these women.”

It turns out that women CEOs are driven more by purpose and mission than their male counterparts. Nearly a quarter of the female CEOs Korn Ferry interviewed for its Women CEOs Speak project cited their work in developing their organization’s culture as one of their most important accomplishments. “Creating cultures that employees believe in and are willing to work in is vital for these women,” says Korn Ferry’s Bell. The top characteristic Conroy values and looks for in leaders is a commitment to something bigger than themselves. “That’s what healthcare is all about,” she says.

Regularly review the promotion process to identify the critical roles in which women are underrepresented. Then analyze the data to determine why.

There are multiple areas that still impede women’s progress in healthcare leadership, including identifying women with high potential. However, experts say that the biggest issue is finding mentors and sponsors for those high-potential women. “Exposure to high-level executives is critical to female career advancement,” says Heidi Leeds, senior client partner with Korn Ferry and the firm’s health insurance sector leader. “Access to mentors and sponsors who can put high-potential women in front of members of the leadership team and champion them when opportunities arise is a key ingredient for any healthcare organization hoping to achieve gender parity.”

Indeed, 65% of the female CEOs Korn Ferry interviewed for Women CEOs Speak said they only realized they could become a CEO after someone told them it was actually possible. Without that sort of sponsorship, women who do show leadership potential often will get management spots in human resources, marketing, and legal departments—important divisions, but areas that are neither critical to healthcare operations nor require profit-and-loss experience.

That lack of direct mentors has made stories like Pat Wang’s more the exception than the rule. In her role with the Greater New York Hospital Association, Wang worked with the CEOs of the 300 hospitals that make up the trade association. “I developed an understanding about the sort of challenges they faced and how they dealt with them and what was meaningful to them,” she says. Yet almost none of the CEOs were women, Wang says, so her leadership model was indirect and she was not groomed or sponsored to progress eventually to the C-suite. She drew on her other experiences to gain the confidence to lead a large organization and understand the business fundamentals needed to succeed.

Earlier in her career, without much guidance, she marshaled a consortium of New York hospitals to create Healthfirst, a nonprofit insurance company, of which she later became president and CEO. Wang believes a good leader needs to find her own genuine voice to be effective, but that it would have been easier if she had had role models before her.

Mentors can help women at all levels within healthcare not only identify career opportunities but guide how to approach them. “For years, I think many women thought it was very inappropriate or uncomfortable to say that they were ambitious or that they wanted that promotion or next job,” says Forese of New York-Presbyterian. “As women become more empowered to think about their careers, we’ve got real opportunities to change things.” Forese believes that gender diversity in leadership will improve when leaders and talent both do a better job of making sure women get an equal shot when opportunities arise.