As business returns to pre-pandemic levels, experts say firms need more “electrical leadership,” where top-level executives quickly move information and energy throughout the company. The problem: How to lead without being in charge?

The CEO, whose iconic reputation and strategic vision for the company has been the subject of business news headlines for months, stood in front of a massive whiteboard. He was looking at a mural-sized landscape of boxes connected by lines in every direction, leading up a narrower and narrower funnel to the top, where it ended in his name. He was finally ready to unveil his massive reorganization, and with it his detailed plan to take the company into the next decade.

Coming out of the subprime mortgage crisis that began in 2007, the last major economic crisis before the COVID-19 pandemic, this scene fit the profile of a successful leader — or at the least the kind of leader investors wanted at the time.

But as business settles into new routines and new growth agendas, a completely new kind of leadership profile is emerging that is almost diametrically opposed to the one born from the last crisis. Dennis Baltzley, global head of leadership development solutions at Korn Ferry, says leaders learned during the pandemic that once the direction was clear, they had to trust people at the face of the work to make decisions on emergent issues.  “Every time a leader touches something, they slow the system down.” In an environment where speed is not just a competitive advantage but, as the pandemic exposed to devastating effect, also necessary for survival, that kind of take charge, everything runs through me form of leadership can’t keep pace.

Instead, Baltzley says the work of the post-pandemic leader is to move information and energy through the organization, empowering people to be self-directed. He draws an analogy to an electrical conductor, transmitting energy from atom to atom. “There are many firsts in the pre- and post-COVID business world,” says Baltzley, “weighing in on every one means people are waiting.” He says whereas coming out of the financial crisis leaders needed to take charge and put in place boundaries to risk and innovation, the paradox post-pandemic leaders face is “how to lead without being in charge.”

From rock stars to orchestra conductors

The mistrust bred by the financial crisis resulted in a retreat to safety among analysts and investors. They bet on CEOs with proven track records and a “my word is my bond” type ethos. Roles were strictly defined and role clarity was seen as the vehicle for strategic execution.

As digital began to take over every aspect of business, however, the rock star leader gave way to a more collaborative and agile leadership profile focused on teams. Organizations grew more complex, and analysts and investors recognized that no one person could navigate the changing landscape alone. They started digging deeper into the CEO’s senior leaders as if they were a football team, evaluating how well they can execute the coach’s game plan. “Highly functioning teams able to shape and lead that complexity were the name of the game,” says Khoi Tu, global head of the culture and change practice at Korn Ferry.

The intertwining of teams across functions, geographies, and business lines gave rise to sophisticated matrix leaders and matrixed structures, which thrived right up until the pandemic hit. Then the flaws of that matrix complexity were exposed, for those practicing classic ‘role clarity’ and ‘direct the work’ leadership. Not unlike how the kick of a miler can make competitors look flat-footed, the pandemic revealed just how slowly some firms were to adapt to digital. It quickly became clear how far behind the markets, and customer tastes, lifestyles, and attention some organizations were. Korn Ferry research shows, for example, that two out of every three organizations is not “fit for future,” meaning capable of consistently adapting business models and operations to meet fast changing market conditions.

Leaders soon realized that collaborative intention isn’t enough to succeed. Direction and timing were required. “The leader’s role was to get everyone focused around the same goal,” Tu says. So the profile evolved yet again, this time to a more adaptive orientation where leaders acted as orchestra conductors, choreographing an organization’s disparate units into a harmony capable of switching notes and arrangements with a wave of a baton.

The leader as electrical conductor

Yet orchestras, by their very nature, aren’t self-directed. Every musician is looking to the conductor for the next note.

Success in the post pandemic business environment requires a new type of conductor, one that isn’t serving as a hub or holding a baton. Baltzley says boards and investors are increasingly looking for leaders who can remove organizational friction and increase adaptive capacity. “They want leaders who are experts in creating, and capturing, opportunities from the fast flow of knowledge,” he says.

Sounds easy in theory, but it is much harder in practice. Korn Ferry research shows that of the critical mix of anticipation, drive, acceleration, partnership, and trust, less than 14% of executives possess that combination of skills and traits.

In the immediate aftermath of the pandemic, organizations need leaders who can simultaneously run the business and change the business. Leaders with the ability to identify and connect people and resources in the most seamless way possible, and then activate them with the trust, purpose, and energy to foster innovation. Leaders who can supercharge motivation and spark ideas — sort of like an electrical conductor. 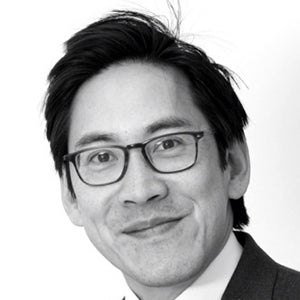