A Tipping Point in Banking?

In a continued shift to digital services, Citigroup and other U.S. firms are quickening the pace of branch closures. 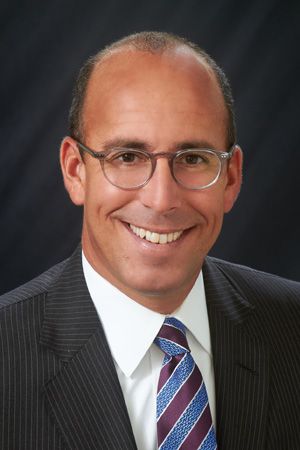 One day in the near future, the local bank branch you drive past daily on the way to work may not be there. It may be in your pocket instead.

Banks around the world are quickening the pace of branch closures to match the growth of digital banking. While financial institutions in the Asia Pacific and Latin America regions have led the way, a tipping point may be underway in the United States. Just this week, for example, Citigroup disclosed it is restructuring its U.S. operations, scaling back its retail branches to focus on six major cities and bulking up its digital services.

“Every bank is investing in digitizing its consumer platform,” says Eric Pikus, head of North America Global Financial Services at Korn Ferry. With only about 700 U.S. branches — compared to around 4,000 each for peers Bank of America, JP Morgan Chase, and Wells Fargo — Pikus says unwinding retail branches is easier for Citigroup.

In addition to closing branches, banks are exploring new ways to repurpose them to both cut costs and meet consumers’ new needs. Some measures include reducing square footage, eliminating drive-through services, and moving from transaction-driven to advice-driven centers. Capital One, for instance, is making a big bet on transforming its branches into branded cafés.

Melissa Swift, a Korn Ferry senior client partner and leader of the firm’s Digital Advisory practice in North America, says the moves are a way to reach consumers who are not involved with traditional financial services, known in industry parlance as the unbanked or underbanked. These include prized millennials and others who rely on websites and apps for banking needs. In many ways, this group represents the new high-value customer proposition for financial services companies.

“Growth is going to come from them, so banks need to get to where they are,” Swift says.

According to a Wall Street Journal report, Citigroup added roughly $1 billion in digital deposits in the first quarter, more than all of last year, the majority of which came from new customers or those not located near one of its retail branches. Citigroup is aiming to lure more of these consumers with new mobile accounts and offers linked to credit cards.

Still, Pikus says not to expect brick-and-mortar retail banking to go away anytime soon. “It’ll be a long time before banks start committing to doing away with their entire physical footprint,” Pikus says. To be sure, while the tendency is to think of transformation as a seamless physical to digital transition, that rarely is the case. Take safe deposit boxes as an example — they can’t just be digitized. And as digital banking services increase, consumers will expect more from them, which will require a human touch, such as in call centers.

“It’s all about demographics and branch utilization,” says Pikus. “Different people use branches in different ways.”