Major investment banks that catered to consumers posted strong earnings this week, suggesting a path for others. 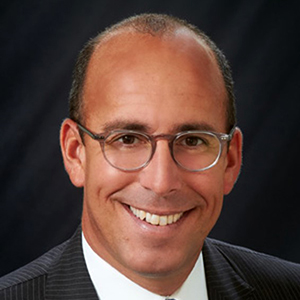 It’s been the story on the business-economics front that has divided analysts all year long. One group—wringing their hands at slowing global growth and political tensions—fears a downturn. Another group points to the steady resilience coming from strong consumer spending.

That divided theme may continue as firms report third-quarter earnings. Among investment banks, JPMorgan Chase & Co. and Citigroup, both of which feature large consumer banking segments, reported earnings that exceeded Wall Street’s expectation this week. But Goldman Sachs Group Inc., which is only now getting into the consumer-facing banking business, reported declines in both revenue and profit.

Indeed, having a large consumer business helped offset slowness in deal making—which drives investment banking fees—and the unpredictability of trading performance. Michele Pollack, a senior client partner at Korn Ferry and a member of the firm’s Global Financial Services practice, says the difference in performance “has a lot to do with the different business mix these banks have.”

JPMorgan reported its third-quarter revenue and net income grew 8% over the prior year. Citigroup’s revenue grew 1% from the year-earlier period while profit increased 6%. But both revenue and net income fell at Goldman Sachs. Wells Fargo, another major US bank with a large consumer operation, grew revenue in the quarter, but profit fell in part because of charges incurred due to ongoing litigation.

Pollack says part of the reason why Goldman underperformed relative to the other banks and analyst expectations is that it is investing heavily to build up a consumer banking business so it won’t be so dependent on its investment banking and trading operations. “Continuing to evolve its business mix is a good thing,” Pollack says of Goldman.

Geopolitical issues, tariffs, weakening manufacturing productivity, and recent interest rate cuts have kept a lot of analysts and economists worried. But the early third-quarter results suggest that consumers are not only keeping the economy chugging along, they are driving earnings growth for those companies centered on serving them.

To be sure, Eric Pikus, who leads Korn Ferry’s Global Financial Markets practice in North America, expects the economy’s divergent themes to continue. Bank profits have, historically, slowed their growth rate or declined when interest rates fall. “The geopolitical and economic sensitivities have put most CEOs in a real troubling spot,” he says. “Trade issues alone have most leaders guessing about the quarterly impacts. That said, most CEOs are still seeing tremendous fundamental business strength.”