A Bank Boom with Its Own Challenges

US banks are posting amazing profits. Can their leaders sustain the surge? 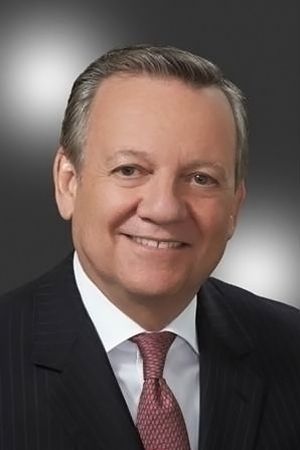 The financial crisis, it seems, is now completely in the rearview mirror. This week, the United States’ largest financial firms, including Morgan Stanley, JPMorgan Chase, Goldman Sachs, Wells Fargo, Citigroup, and Bank of America, are reporting the highest first-quarter profits since 2007, the year before the world’s financial system collapsed.

The numbers are a result of a perfect storm for banks: tax cuts, stock volatility, and rising interest rates. But with wild success comes a unique challenge of its own: sustaining it. Experts say that bank leaders, or bosses in any other industry, for that matter, should remember that super-successful times don’t just stay that way. Indeed, unless firms keep innovating and, as importantly, change how they work, those heady profits could easily disappear, disrupted by more nimble rivals, missteps during recessions, or worse.

“Bank leaders have to be really careful about all this coming to a screeching halt,” says Michael Franzino, president of global financial services at Korn Ferry. “They have to remember the lessons of the recession and plan for disaster scenarios by watching fixed costs, managing risk aggressively, bolstering tech capabilities, and being smarter about resource allocation.” Put another way, they have to avoid complacency and falling into the trap of thinking that the good times will last forever. After all, that’s what led to the Great Recession in the first place.

Banks are designed to maximize profit from lending and trading activities, and rising rates and volatility “create revenue-generating opportunities,” says Noah Schwarz, a Korn Ferry senior client partner. Small wonder then that the big names in the sector are all beating analysts’ expectations. But Schwarz says the continuing specter of digital disruption and geopolitical uncertainty means bank leaders must continue “getting creative at finding other areas to branch into to create new business lines and be profitable in a changing environment.”

He points to how Goldman Sachs expanded into retail banking or how the industry as a whole has invested aggressively in innovation to meet the demands of today’s digital consumers as examples of the kind of strategic realignment and innovation bank leaders need to pursue in case the regulatory or economic environment turns against them again. Indeed, thanks to an unintended consequence of the last decade of regulatory scrutiny and digital disruption, financial institutions and their leaders became more agile. A Korn Ferry study conducted in conjunction with Oxford Analytica last year ranked financial services as the most digitally sustainable industry, beating out technology, life sciences & healthcare, industrials, and consumer industries on metrics that evaluate the capacity of organizations to continually transform and to empower employees to solve problems.

As a result of their newfound agility, Franzino says US financial institutions have been able to harness the positive catalysts in the market quicker than their counterparts in other regions. Banks in Europe and the Middle East, for instance, are behind the curve in terms of comparable performance. To prolong the good times, Franzino cautions leaders to “not get too far out over their skiis” because of their first-quarter results.