A Cup of Beanless Coffee, Please

Another new engineering feat creates a classic challenge for leaders trying to sway the public’s taste. 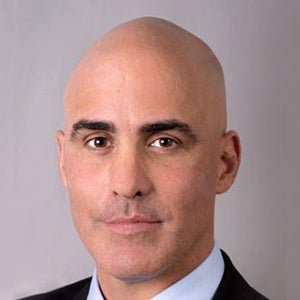 Coffee is serious business. After all, it’s a multibillion-dollar global industry that has millions hooked. Some people can’t function without that morning jolt. Others drink coffee like it’s water. But some entrepreneurs are looking to brew up some trouble by drawing coffee lovers away from their traditional bean-derived java.

A Seattle-based start-up is raising eyebrows by developing a beanless coffee made from naturally derived ingredients found in foods. The beanless coffee, the company claims, feels, tastes, and acts like coffee but without the bitterness or the bean. All of which, of course, is a long way from winning coffee purists. Indeed, experts say the firm—like so many disruptors dealing in such an established market—will quickly learn they’ll need more than amazing science to turn this into a winning business.

“This would be a significant marketing campaign,” says Sean McBurney, a Korn Ferry senior client partner and sector leader for the firm’s North America Agriculture practice. In this case, he says, leaders would have to get the public to recognize the beanless version as an appealing product. “What’s the value proposition?” says McBurney.

To be sure, little is known the scalability, production, or benefits of high-tech java. But tastes in the food industry can change—just look at the success of Burger King’s meatless burger. The plant-based Impossible Whopper did so well in a test market that Burger King is adding it to more test markets.

The company behind beanless coffee should think about ways to build trust in order to gain credibility among the broader consumer base, says Silvia Sigaud, a Korn Ferry senior client partner and global sector leader of the firm’s Agribusiness practice. That could be through distribution deals or partnerships with supermarkets or major coffee brands. “Creating trust would be the key point to developing and growing the business,” she says.

For his part, Jean-Marc Laouchez, president of the Korn Ferry Institute, suggests coffee leaders should start thinking about ways to compete in this emerging space. Although beanless coffee has yet to hit the market, it could potentially disrupt the industry, especially for regions that thrive on coffee-related economic activity and jobs, such as Brazil, which generated more than $416 million (USD) in May from coffee exports, according to the Brazilian Coffee Exports Council.

Finding the right talent and creating the space for innovation—whether in the labs or on the farms—could help these countries take advantage of the new technology and stay ahead of the game, Laouchez says. “The traditional players will have to adapt,” he says.