In the UK, a Brawl from Within

In her quest to manage Brexit, the prime minister will need the right skills to sway her own team. 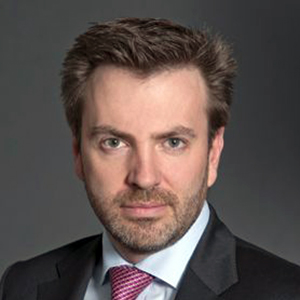 Nobody would have expected it to be easy. But in her efforts to manage Britain’s exit from the European Union, Prime Minister Theresa May has a new potential stumbling block: her own team.

News broke over the weekend that at least a dozen cabinet ministers in the ruling Conservative party do not back May’s proposed plan for what she calls a “customs partnership.” Under that arrangement, Britain would continue to collect tariffs—essentially import taxes—for the EU even when the country leaves the bloc.

Unfortunately for Britain’s leader, possibly as many as 15 of her 28-strong cabinet don’t back the idea. Foreign Secretary Boris Johnson even called the plan “crazy.”

If all this sounds familiar for the political arena, the scenario isn’t all that different of course from any corporate head who is facing backlash from boards or the C-suite—although rarely so public. “This sort of thing comes about when leaders are trying to drive some sort of fundamental change,” says Kirsta Anderson, global solutions leader for Culture Transformation at Korn Ferry in London. “They will often skip their team and go to the level below.”

For May, that’s the voting public. Anderson explains that the idea is usually to drive change through the people on the front line so that eventually the management team comes around to the same point of view as the leader. “In Theresa May’s example, that would be using the will of the people to create pressure and so drive the change that she wants,” says Anderson. In the case of an executive, it might be changing  from a management mindset of command-and-control to one of empowerment of the people who interact with customers.

However, changing an organization by using such strategies is risky. In the first place, the leader needs to be intellectually nimble. “They need the agility to bypass the normal chain of command,” says Anderson. And the boss needs to know how best to interact with the rank-and-file employees in a meaningful way. “If you skip your own team, you’d better engage with the front line in a way that works, otherwise you won’t get anywhere,” she says. Of course, if you don’t get the intended response from your workers, then you’ll likely fail.

One technique to get everyone on board with following a potentially contentious strategy is to paint a compelling picture of the proposal. “By subjugating yourself to a higher purpose, it could galvanize far more grassroots support and make it harder for the leader’s direct reports to dissent,” says Jamie Maxwell-Grant, the London-based senior client partner for Korn Ferry’s Advisory business. He explains that such compelling visions of the future can tap into a “huge source of energy and conviction.” At least part of creating such a gripping picture is to focus on why you want to do things differently as opposed to dwelling on what you want to do, says Maxwell-Grant.