Firms have spent billions trying to put offices in major cities to attract talent. That may have the opposite effect now. 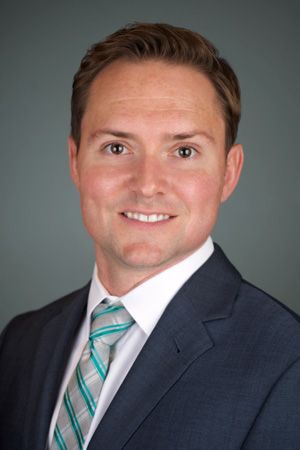 It was going to be the headquarters of the future—newly built or renovated buildings in major cities from New York to Los Angeles that would be gleaming and high-tech enough to attract the very best in talent. But what happens now if no one wants to work there?

In yet one more example of how COVID-19 is upending business strategies, companies that were counting on condensing to locations in a handful of big cities now have a real—and very expensive—issue on their hands: both the surge in remote work and concern about living in dense populations are expected to create an exodus of city dwellers.

To be sure, some major cities were already losing talent to smaller, less expensive urban and suburban options even before the pandemic. But big business was banking on drawing in a host of commuters to specially zoned work areas placed near popular transportation hubs. Again and again, gleaming new skyscrapers were going up, or in some cases, firms were tearing down existing buildings to remodel them into workplaces of the future.

Now, according to Scott Macfarlane, a senior client partner at Korn Ferry and global account lead for the firm’s Financial Services practice, organizations will certainly reduce office capacity as a result of the crisis. “Some work will remain remote, and some will return to the office but with an increase in work-from-home days,” he says.

In a recent TV interview, for instance, Morgan Stanley CEO James Gorman said the investment bank has proven it “can operate with no footprint” and that it will have “much less real estate” in the future.

No one is certain how much these new business strategies may cost. Last year alone, global commercial real estate transaction volume reached an all-time high of $800 billion.

Research suggests that the changing nature of how and where people work in the future is likely to be felt most in major cities. Recent Brookings Institution research found that growth in America’s major cities fell by almost 50% in the last decade, with cities like New York, Chicago, Los Angeles, Houston, Miami, and Washington, DC, either losing population or experiencing slowing growth. Data from the commercial real estate investment firm CBRE compiled before the coronavirus outbreak already showed office-using jobs growing only 0.3% this year from 1.5% last year, with new office construction outpacing demand and “resulting in a slight increase to the national vacancy rate and a slowing of rent growth to a 1.6% gain.”

While major metro areas aren’t exactly going to become ghost towns—people came back to New York after the financial crisis and 9/11, for example—Macfarlane says “big cities likely won’t be as big, and smaller cities likely won’t be as small.” As it pertains to location strategy, instead of investing millions of dollars into a shiny new headquarters or coalescing operations in a centralized campus, organizations may need to take a portfolio approach that allows them to go to places where clusters of talent reside.

To be sure, Dan Pulver, a senior client partner in Korn Ferry’s Infrastructure and Real Estate practice, says branding and “being where the action is” will keep organizations from abandoning major cities altogether. But he says they will have more variable portfolios, meaning more shared workspaces akin to a WeWork–like setup and “hoteling,” an industry term for smaller spaces with no designated offices or desks because workers come in on a rotating schedule. The combination of people leaving big cities and the increase in remote work brought on by the COVID-19 crisis will likely cause organizations to “move toward a real estate strategy of smaller, more thoughtful locations,” Pulver says.