Human Capital in the Age of Cost-Cutting

The retail and consumer industries are zeroing in on zero-based budgeting. But does it leave room for employee innovation? 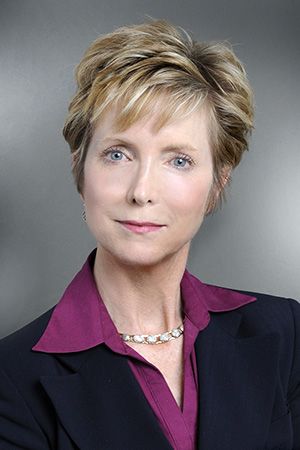 It isn’t very often that budgetary moves are viewed as trendy, but the retail and consumer industries have revived the practice of so-called zero-based budgeting (ZBB) as the latest path to much-needed profits. This month, for example, Verizon announced plans to use ZBB to cut $10 billion in spending over the next four years. The only issue: are numbers overtaking the value of humans?

Originating in the 1970s, the practice is an alternative to traditional budgeting: Instead of using last year’s spending to build this year’s budget, businesses start with a clean slate and have to justify every expense before it can be added to the budget.

To be sure, the cost-cutting method has helped slow-moving consumer packaged goods titans such as Campbell’s Soup, Unilever, Kraft Heinz and AB InBev quickly increase their profits. Two years after private equity firm 3G Capital—the biggest champion of ZBB—purchased Heinz in 2013, profits margins grew to 28%, an anomaly in the food industry, where average margins are about 16%. Not surprisingly, a 2016 survey found that of 406 North American companies, 38% planned to use ZBB this year, up from just 10% in 2014.

But many experts, concerned about long-term consequences, are cautious about the move. The problem is one of human capital; if ZBB companies fail to treat human capital as a carefully measured balance sheet item, they put their own productivity, innovation, and brand experience at risk.

“Zero-based budgeting creates a hyperintensive quarterly focus,” says Virginia Bowden, a senior client partner of strategic accounts, retail and consumer goods at Korn Ferry. “In order to be able to sustain long-term investment in things that really matter, like R&D and innovation, you’re going to have a lot of evidence. You’re going to have a way of figuring out what leads to what.” In other words, when you’re operating in a system where every cost has to be defended, it’s hard to make a case for the unproven. Advertising budgets have already seen an impact, with one of the world’s largest ad agencies slashing its full-year forecast last month as more of its consumer goods clients become ZBB-focused.

Certainly, the job loss associated with ZBB companies is real: at Kraft Heinz alone, more than 10,000 people have been let go since 2013. The emphasis on defending every budget item and salary almost demands it. That, of course, can affect employee engagement. Experts say that if ZBB is to work, human capital needs to be a central priority. The whole process requires a culture shift; employees need to feel that the way they work under ZBB is better than the way they worked before—that decision-making is clearer and wasteful processes are being eliminated. When companies employ ZBB but don’t actually improve the way things work, employee engagement can suffer. “Human capital is essential for productivity,” says Bowden.

But the process of managing a ZBB company is perhaps the most significant shift, and it demands a lot more time and a different sort of cost-conscious skill set than what has been asked of top executives in more traditional environments. Kraft Heinz may have had the added benefit of billionaire investor Warren Buffett’s watchful eye as director, as well as a new 29-year-old CFO who comes straight from 3G Capital, but for the many companies that are looking to embrace ZBB now, leadership may struggle with the fatigue and complexity of running their organizations in this way. “It’s the CEOs who are just dusting off that may not be well-equipped,” says Bowden.