Investor relations executives embody the crucial link between a company and its capital market. This first-ever research project into Germany’s IR executives shows that the vital importance of this role is being acknowledged by companies in a variety of ways. 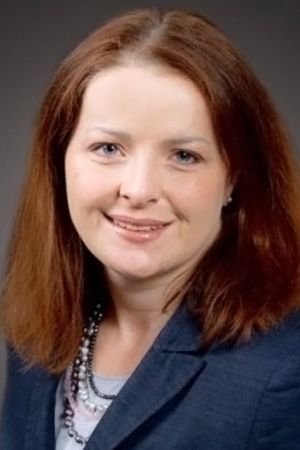 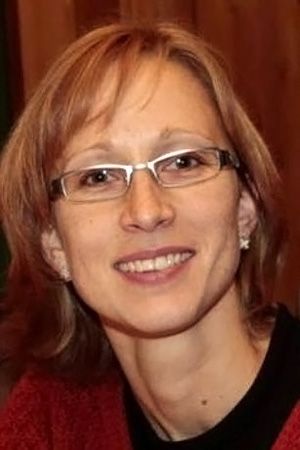 Investor relations executives embody the crucial link between a company and its capital market. This first-ever research project into Germany’s IR executives shows that the vital importance of this role is being acknowledged by companies in a variety of ways.

In late 2014, Korn Ferry undertook a comprehensive survey of practitioners in the field with the cooperation of IR Club, one of the largest associations of investor relations professionals in Europe. The results indicated how publicly listed companies highly value IR expertise and the opportunities the function offers to business leaders. It also uncovered ways that companies might further attract, develop, and incentivize top talent.

The key findings: IR has the attention of senior management. Nearly 40% of top executives in IR report directly to the CEO, not the CFO. Strong demand supports higher salaries. Almost 37% of those surveyed were paid base salaries above €100,000, and 84% received bonuses. IR is open to career changers. Only about 20% of those working in IR started their careers in this discipline. Most moved into it from finance, mergers and acquisitions (M&A), or communications. Stock is under-utilized in compensation packages. Fewer than 25% of those surveyed received any kind of equity-based compensation, which has the potential to motivate IR specialists particularly effectively. A gender pay gap is pronounced among IR executives. Entry- and mid-level roles in IR are held almost equally by men and women, but only 28% of those heading IR are women, and they earn substantially less than their male peers.

Investor relations is a dynamic area for corporate leaders looking to advance their careers, add breadth to their CVs, exert influence on top management, and make an impact on behalf of their organizations. The findings in this report offer guideposts for companies and IR leaders on credentialing, establishing career paths, optimizing salaries and bonuses, and other human capital concerns.

The survey was carried out in the fourth quarter of 2014. Respondents included 89 men and 62 women who work full-time in investor relations for listed German companies. More than half worked in mid-cap or larger companies, and 49% were between the ages of 35 and 45. Among respondents, 43% were the top executives leading the IR function, 47% were managers or directors, and the rest were junior professionals.

Investor relations is unusual among corporate roles in that few people began their careers in it; only 17% of respondents had entered IR directly.

The rest came from other corporate functions, including strategy, marketing, communications, operations, and finance. Although a majority came from corporations and banking, some had been consultants, brokers, or analysts. This variety demonstrates that investor relations is an effective entry point into general business for those coming from banking and for those pivoting in their careers.

There was not a wide spread in the tenure of IR departments: Heads of IR had 9.2 years on average, directors had 9.6 years, and managers 5.8 years. This suggests that IR is a department, broadly speaking, with room to move up quickly. Only one-third of our respondents held professional qualification.

IR also presents its executives with multiple future career goals, including Head of IR and CFO. About one-third of those surveyed said they saw IR as a lifelong career path and 17% said they viewed it as specifically a transitional position. But half of survey respondents were unsure, and an evaluation of additional comments suggests that these leaders are particularly motivated by the scope and shape of their day-to-day work, rather than just by a prominent job title.

Investor relations departments are lean as a rule. Only 48% of the executives reported having three or more employees in their departments. Just under half had no staff responsibility at all. Two-thirds of the people surveyed had some budget responsibility, and the median department budget was € 250,000.

Still, these small departments have a mighty scope. Most often they take on tasks related to facets of internal and external communications, but interestingly many report up into the CFO or Finance Board. Some work on competitor and financial analysis, and 22% work on corporate governance issues. Only 5% said they have a role in M&A strategy or general strategic planning.

Overall, it appears that strong demand for IR expertise is buoying compensation. In the last two years, 66% of IR leaders received salary raises and 41% saw their bonuses increase. Only about 16% of respondents didn’t receive bonuses, and those were primarily at the junior professional or manager level.

Share-based compensation is used much less often in Germany than in some other countries. Only 23.5% of those surveyed received share-based compensation. By comparison, in the United States, nearly all heads of IR are granted some type of stock—either restricted stock units or stock options—usually as part of a long-term incentive plan. German companies are not taking advantage of stock-based pay’s strong potential to motivate their IR specialists, the group exclusively focused on developing the capital market.

At the same time, there is an unmistakable disparity in salaries. Female IR executives are paid salaries 42% lower than are their male peers. Men and women enter IR advisor positions at about the same salary level, but men are paid increasingly more at each higher position. The top-paid male managers, for instance, are paid €140,000 compared with €100,000 for women. These differences, of course, are compounded by bonuses set as a percentage of salary.

The size of the company by market capitalization is the other significant factor in salary. The chief IR officers in large companies, for example, are paid salaries that are almost twice as much as those in small- and micro-cap companies.

Change-of-control agreements are unusual for German IR leaders. Only 7.5% who took the survey had such contractual provisions, which dictate terms in the event of a merger or acquisition. In the U.S., about 15% of heads of IR at Fortune 500 firms have such contract clauses.

Investor relations departments play an outsized role in the success of listed companies at all levels of market capitalization. These executives have ample opportunity for influence in their organizations and for personal career growth. For some, IR is a training ground for future CFOs. For others, the upward career path goes through increasingly larger companies.

At the same time, many companies could improve their IR departments’ ability to attract and retain top performers. More could support training and education toward certification, for example. Stock-based compensation could also be a strong form of long-term incentive pay. Finally, companies would be wise to examine the widening pay gaps between men and women as they rise in position.