A new survey shows that racially diverse leaders of nonprofits feel just as excluded as junior and midlevel staffers. 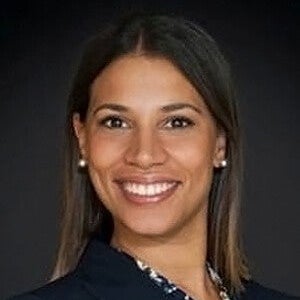 Unequal pay. A lack of role models. Inadequate exposure to internal influencer networks. Having to work twice as hard to prove your value. These sound like the criticisms frequently cited by junior and midlevel talent seeking to move into senior leadership positions. But according to a new survey, racially diverse CEOs and executive directors of nonprofit organizations experience the same obstacles.

The report, highlighted in the Chronicle of Philanthropy, surveyed more than 4,000 nonprofit leaders and staff between 2016 and 2018 to uncover why CEO and executive-director positions at nonprofits aren’t reflecting the diversity of the populations the organizations serve. Conducted by the Building Movement Project, which works with nonprofits to help align operations with social-justice principles, the survey found that the experiences of racially diverse leaders of nonprofit organizations were more like those of lower-level staff members of the same race than they were like those of white CEOs or senior leaders.

Divina Gamble, a senior client partner and co-leader of Korn Ferry’s nonprofit practice, says the survey underscores that hiring diverse talent for leadership roles isn’t enough—organizations, nonprofit or otherwise, have to make sure they are setting those people up for success as well. “There is a real need at the board level to rethink how they support racially diverse leaders,” says Gamble. Put another way, she says diversity is only one part of the equation, and it won’t mean much without the other part: inclusion.

In the area of fund-raising, for example, the survey found that nonprofit organizations run by racially diverse leaders had smaller budgets, relied more on foundations than individual donors, and lacked access to donor networks compared to those with white leaders. Part of the reason for that could be unconscious bias, says JT Saunders, senior consultant in the Diversity and Inclusion practice at Korn Ferry, who notes that nonprofit boards and donors are still largely white.

“Leaders still need access to certain networks and donors, and they need to be able to engage in different circles so they can build relationships,” Saunders says, adding that it is the board’s responsibility to create those relationships as part of the onboarding process. “The board sets the tone for the organization. Creating inclusive cultures starts there.”