The job offer has come in, but everything from the salary offer to the manager’s attitude worries you. Our experts weigh in. 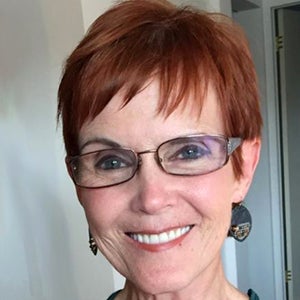 How desperate are some organizations to fill jobs? There are nearly 11 million open positions across the country, and nearly every type of role is in demand. Some organizations are extending offers to people who literally walk in off the street. For other positions, firms are raising salaries and offering more training opportunities, flexible hours, and a slew of other incentives to get new recruits to sign up.

All this can be flattering for a job candidate, but the fawning treatment during the recruiting process could mask some red flags. Indeed, experts say that candidates can sometimes be overwhelmed with the potential ease of getting a job and miss the signs that the job is not right for them. “It’s always good to think about fit before taking the job,” says Val Olson, a career coach for Korn Ferry Advance. Few people want to go through a job search, find a job, then have to do it all again a short time later.

So before committing to a new gig, here are some signs during the recruiting and offer process that candidates should look for.

Your potential future boss isn’t passionate about the organization—or your joining it.

Why should a candidate feel excited about joining a firm if the boss doesn’t seem keen on being there? It’s one thing if a manager isn’t particularly emotional during an interview—maybe this person is distracted or having a bad day. But it isn’t great if it sounds like they are repeating perfunctory talking points to you.

Experts say a couple of questions can help candidates get a good read on whether the boss is really that disengaged. “Ask the interviewer what they like about their work and the company,” Olson says. “If they are less than enthusiastic, that could be of concern.” Ask the same question of potential future colleagues as well.

The salary or benefits seem “off.”

Wages are indeed rising for nearly everyone; pay is up nearly 6% for all job switchers in general and far higher in some fields, according to a recent study by the payroll services firm ADP. But that doesn’t mean a candidate can’t feel as if the offer is a lowball number.

This red flag is usually relatively easy to spot, says Chad Astmann, cohead of Korn Ferry’s Global Investment Management practice. “It’s a common reason to shrink away from an offer,” he says. These days, there are plenty of ways to find what other organizations are paying for similar roles. Websites such as Payscale can give a range of what a job pays, while Glassdoor provides general ideas of what specific firms may pay. Even the US Bureau of Labor Statistics highlights what the average salaries are for hundreds of occupations. If a candidate feels an offer is too low, experts say there’s no harm in asking if the company can do better. If the company reacts poorly to negotiating, that’s another red flag.

Employees are quitting left and right.

Yes, there is a Great Resignation going on now, an unprecedented era of high job turnover at nearly every organization. Some industries that may lose 10% of their workers, on average, in a year may be losing 20% or more this year as people reevaluate what they genuinely want out of their work life. However, some industries and specific firms always have high turnover. Candidates should at least find out whether the firm that just offered them a job is one of those companies that always churns through workers. Starting this year, publicly traded US companies have to describe their “human capital resources,” which can include employee turnover rates and diversity figures. These will be disclosed on forms with the Securities and Exchange Commission, although not every firm will disclose every statistic.

Some explanations for high turnover are reasonable—maybe everyone was recently promoted. But all that turnover could be the result of a bad boss, a lack of development opportunities, or some team members feeling that they aren’t being treated fairly. Unfortunately, many candidates don’t ever ask why, Astmann says.

Everyone at the company looks the same.

The corporate world’s struggle with becoming more diverse and inclusive is well-known; women make up fewer than one-quarter of senior executive positions at large publicly traded US firms, while Black, Latinx, and other groups make up far less. Some organizations are trying to improve that, but others are less so. Going to a company’s website in 2021 and seeing that nearly everyone in leadership is a white male is certainly something to ask the company about. “For diverse candidates, this is increasingly essential,” Astmann says.

Experts suggest asking your potential employer about what the firm is doing to attract and promote people from underrepresented groups. Ask if the company has resource groups within the organization that advocate for female, Black, Latinx, and other employees. Also, consider checking if the CEO has talked about diversity in any recent presentations or news reports.

The company doesn’t have a climate strategy.

“That’s a new one instilling pause in candidates,” Astmann says. Indeed, a growing number of younger workers refuse to work in certain industries because they feel they are harming the environment, or at least not doing anything to help mitigate the effects of climate change. It isn’t too much for a candidate to ask a future employer what it’s doing to curb its own carbon footprint or help its suppliers and customers reduce theirs. Addressing climate change is a long-term issue, and an unwillingness to even talk about it might reveal that the firm is overly focused on short-term goals.