The string of Oscars awarded to Asians this week may provide lessons for company leaders on how to increase their inclusiveness. 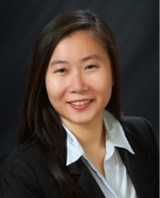 In 2016, the group that hands out Hollywood’s top prize, the Oscar, brought three young Asian boys on the stage and presented them as the group’s “hardworking accountants.” The joke was roundly criticized for being disrespectful of Asians and Asian Americans and pandered to the group’s stereotype of being a silent, “model” minority.

But last year, the Best Picture Oscar went to a movie directed by a Korean filmmaker. Now, a Chinese filmmaker, Chloé Zhao, won the latest Best Director award and her film won Best Picture. The Best Supporting Actress award went to a Korean actress, Youn Yuh-jung, while two Asian Americans were nominated in the Best Original Screenplay and Best Actor categories. Some leadership experts hope that Hollywood’s evolution can show that any group can create a more inclusive culture.

The results showed that “Hollywood, and other workplaces, can notice and nurture Asian talent if they bother to,” says Karen Huang, Korn Ferry’s director of search assessment. The joke of 2016—which came on the heels of the industry getting criticized in 2015 for not having any people of color nominated for its major awards—galvanized many Asians, both in the United States and abroad, to pressure Hollywood to look at how it treats and recognizes Asian talent.

Indeed, the increased representation at the Oscars comes after the Academy of Motion Picture Arts and Sciences embarked on a significant structural and cultural transition of its own. Over the past five years, the group made diversity and inclusion one of its top goals. It changed who can vote for its top awards, eliminated lifetime voting rights, and restructured internal committees, all with the goal of giving artists and executives from underrepresented groups, including Asians, a stronger voice. “Wins like these can inspire younger people of Asian descent,” says Sunny Wang, a Korn Ferry diversity, equity, and inclusion specialist.

Those types of changes, experts say, are akin to the moves that many organizations often need to make to attract, promote, and retain employees of color, such as recognizing biases, educating employees about racism, and making managers responsible for promoting and developing underrepresented talent, including Asian Americans.

Racial issues have come to the forefront in many parts of the world over the last year. After the murder of George Floyd, organizations big and small made commitments to promoting Black talent and having more Black-owned businesses as suppliers. This winter, a slew of crimes targeting Asian Americans highlighted how the group, which represents about 5.6% of the US population, is also a victim of overt discrimination. D&I experts say there’s a more subtle form of disrespect that many Asian Americans experience at some of the country’s largest organizations. Not getting visible assignments, not being asked for their opinions, constantly having their lineage questioned, and being asked to repeat things are often obstacles that Asian Americans endure.

To be sure, Hollywood and most other groups have more work to do, experts say. In Hollywood’s case, only two women in 93 years have ever won an Oscar for Best Director, and that includes this year’s winner, Zhao. At the same time, over the past year, there have been several reports of racist and sexist behavior on and off set. Outside Hollywood, many organizations may see that they have Asian American employees and consider themselves inclusive, overlooking that few if any Asian Americans are in the leadership ranks. Asian Americans may be hesitant to point this out, Wang says, because of a cultural emphasis of being respectful and not speaking out—but silence does not necessarily mean satisfaction.