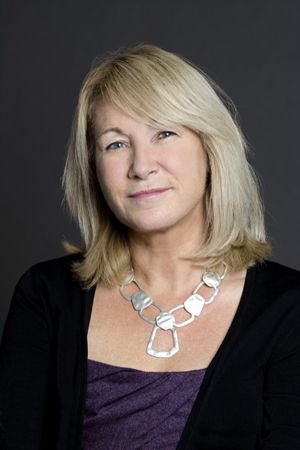 All leaders want their employees to be engaged, enthusiastically plowing through work and innovating, not even recognizing that the workday has flown by. But the debate on how many hours they should put in just heated up a bit.

In a recent and highly noticed blog, Jack Ma, cofounder of the tech giant Alibaba and one of the world’s richest men, said young people should consider it a “huge blessing” to work 12-hour days, six days a week. “If you don’t put out more time and energy than others, how can you achieve the success you want?” Ma wrote. “Compared to them, up to this day, I still feel lucky, I don’t regret [working 12-hour days], I would never change this part of me.”

Ma’s comments are one side of a debate about work hours that’s percolating across factory floors in China, retailers in Europe, tech firms in the United States, and organizations everywhere else. Many leaders would agree that long hours and even round-the-clock accessibility are necessary for the modern-day executive. That’s particularly true for any executive with responsibilities—or bosses—in different geographies or time zones, says Fiona Vickers, a Korn Ferry senior client partner who has placed Europe- and US-based professionals for Chinese tech firms. “They get compensated for it.”

Where things get murky is the expectation of long workdays for what Vickers calls “the vital many,” or nonexecutive employees. The “996” (named for a 9 a.m. to 9 p.m. schedule, six days a week) is an unwritten rule for many tech firms in China. Indeed, it becomes news when a Chinese firm deviates from it. Recently, ByteDance, which runs the popular short video app TikTok, introduced a “big/small week” policy, where most of its employees now work a six-day week only every other week. Long hours were necessary for executives of Chinese firms working outside China, but a 996 was never even a suggestion, let alone an expectation, Vickers says.

In some industries, long hours are indeed part of the job description. At start-up technology companies anywhere in the world, the employees work constantly; if they don’t, the business might cease to exist. It isn’t only in tech, either. Lawyers at major law firms are often expected to bill 1,200 hours a year, a requirement that effectively mandates a 60-hour workweek. During their medical residencies, young doctors often are expected to spend up to 80 hours a week in the hospital and have several round-the-clock shifts each month. Even after residencies, many doctors work 60-hour weeks.

However, rather than adding more hours, some firms have decided to trim them back, believing that employees could be more productive with the time left. For six months out of the year, tech company Basecamp sanctions a 32-hour workweek, while outdoor gear retailer Patagonia gives workers every other Friday off and the freedom to set their own hours. Even in China, tech employees are pushing back against the long hours.

There’s research that lends credence to shorter workweeks. In 2016, a team of researchers from Australia and Japan studied the impacts of shorter versus longer workweeks on the cognitive function of more than 6,000 men and women. They found a 25-hour workweek led to peak performance.

For his part, Jack Ma said companies shouldn’t mandate the 12-hour-day, six-day workweek, but that employees who embraced it were to be commended. “Those who can stick to a 996 schedule are those who have found their passion beyond monetary gains,” Ma wrote.