No Degree? No Problem.

Two high-profile leaders speak out against making a college degree a prerequisite for many jobs. Are they right? 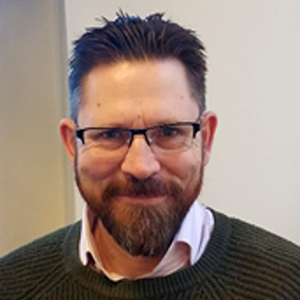 It’s been true for several decades now: unless a job involves a task such as flipping burgers, taking customer orders, or handling the front desk, companies won’t even look at candidates without a college degree.

But there’s a dogma out there that doesn’t seem to be getting a second look in today’s pandemic world. With job vacancies in the United States alone soaring more than 50% since the start of the year, firms in fields as diverse as healthcare, cybersecurity, and manufacturing are rethinking requirements for thousands of low-level but upwardly mobile jobs. And experts say those could expand if the roles are filled quickly. “Companies need diverse thinking, and there’s a whole swath of people out there who are just underutilized,” says Simon Fowler, Korn Ferry’s vice president of learning product development.

The idea, talked about privately among talent professionals at a handful of companies, made a public splash last week when two well-respected business leaders made a case for it at a forum hosted by the Wall Street Journal. Ken Frazier, the CEO of Merck, and Ginni Rometty, the former CEO of IBM, said that dropping a college-degree requirement not only opens up a whole new pool of talent for companies but also can help address inequalities inside the company and society in general. “It’s really important for us to recognize that because people haven’t had an opportunity early in their lives, it doesn’t mean that they can’t make a real contribution to your company,” Frazier said.

There are about 34 million people in the US civilian labor force who don’t have any education beyond high school, according to the US Bureau of Labor Statistics. About 35 million have taken some college courses or have an associate’s degree.

Some firms are already moving ahead with programs taking new or existing employees who don’t have degrees and training them in specific fields. Amazon, for instance, launched a program to reskill 100,000 of its US-based employees, regardless of whether they had degrees, in areas such as healthcare, machine learning, manufacturing, robotics, and computer science. Costco waived degree requirements for some IT analyst roles, while Home Depot says it isn’t necessary to have a degree for some sales or tech jobs.

Some experts say this is a continuing evolution of how companies look for talent. In the early 2000s, many companies started saying “college degree or equivalent” in their job postings, giving hiring managers some leeway for candidates who may not have a degree but might have relevant experience or skills, says Linda Hyman, Korn Ferry’s senior vice president of human resources.

However, there’s no guarantee that waiving degree requirements will instantly bring thousands of more qualified candidates to fill spots. For one thing, organizations would have to figure out whether each candidate has the skills or capacity to learn the skills needed for each role. Having a college degree implies that you can think systematically, Fowler says. While it isn’t a perfect screener, not having it as a requirement means organizations need to come up with another way to assess candidates.

Some firms already do that, asking candidates to have technical certifications or a portfolio of relevant work. Some firms go even further. While Rometty led IBM, the firm tested undergraduate candidates for cognitive and technical skills.

Then there’s the issue of advancement. A candidate might get in a firm’s front door without a degree, but what happens when they want to move into a higher-profile role or move into management? Some experts worry that, internally, a firm’s corporate culture might consider that lack of a degree a disqualification.

“The jury is out on that issue,” Fowler says.